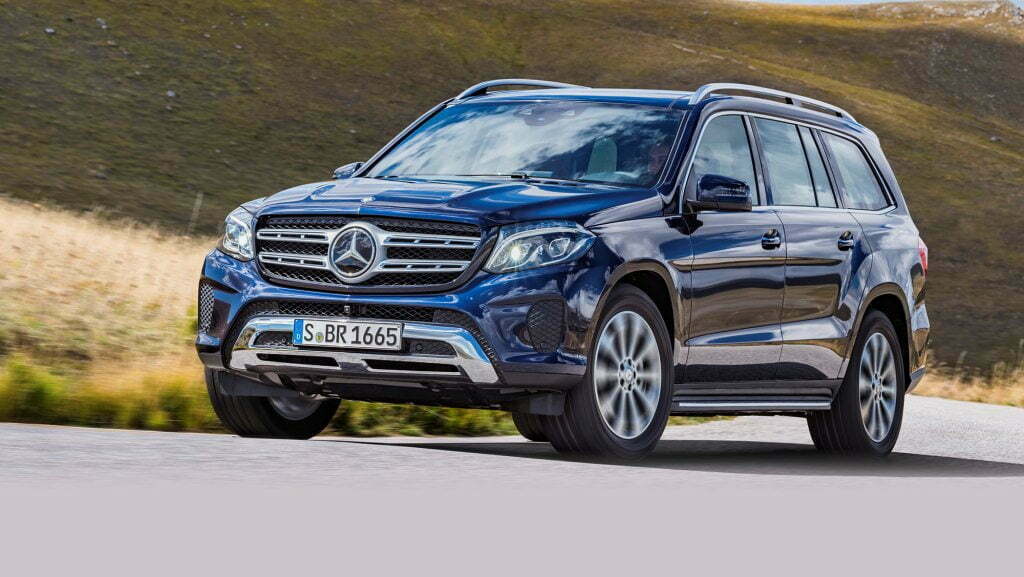 Mercedes has gone haywire since the last two years. Launching a product every single month since the last 18 months have helped them gain number one place in the country and given serious nightmares to its competition who do not even have such a large portfolio of cars. Expecting more from Mercedes and competition, Mercedes has done it again and launched the GLS into India. Coming with an attractive price, diesel fuel engine and 7-seater configuration with the luxury of S-Class. Let’s see what’s Mercedes has put in this time.

For now, Mercedes-Benz India is offering 3.0 V6 engine that makes 258 BHP and 620 Nm of torque of pulling power for this car. Petrol variant doesn’t make sense in this SUV when it comes to our market. We can expect an AMG version to come soon though. Diesel engine helps sprint the car in 7.8 seconds which is quite quick. 250 km/hr is the limited top-speed of the diesel SUV. Engine is mated to a new 9-Speed G-Tronic gearbox which is said to be pretty good than the earlier 7-Speed unit. Power goes to all four-wheels

GLS in term of styling remains the same except for the front and rear which are dramatically different as the front gets a new grille, S-Class inspired headlights seen on the GLE as well. Sharper and bolder tail-lights which are LED equipped look great as well. Side profile is long and tall which says it is a 7-seater. The SUV measures way above the 5 meter mark around 5.1 meters. Wheelbase is mad and crazy 3075 MM!!! Fuel tank can hold a 100 litres and car weighs 2.45 tonnes.

The interiors are special part of the GLS. As the S in the end says, it is based on the S-Class and it replicates the S-Class, fit-finish high quality materials all around and a very premium looking cabin. Right from A/C Vents to leather clad dashboard. 8.0 inch touchscreen makes it to the GLS and there is also a panoramic sunroof on option. Command system has Apple CarPlay option along with all the connectivity options. Park assist along with a 360 degree camera is here to make sure parking this BEAST isn’t an issue.

The massive 7-Seater SUV was launched in India in May 2016 and bookings are open for this luxury barge. Deliveries to begin soon. Price for the single diesel V6 engine variant starts at 80.39 lakhs ex-showroom Pune is surprisingly quite a good value proposition in this category.