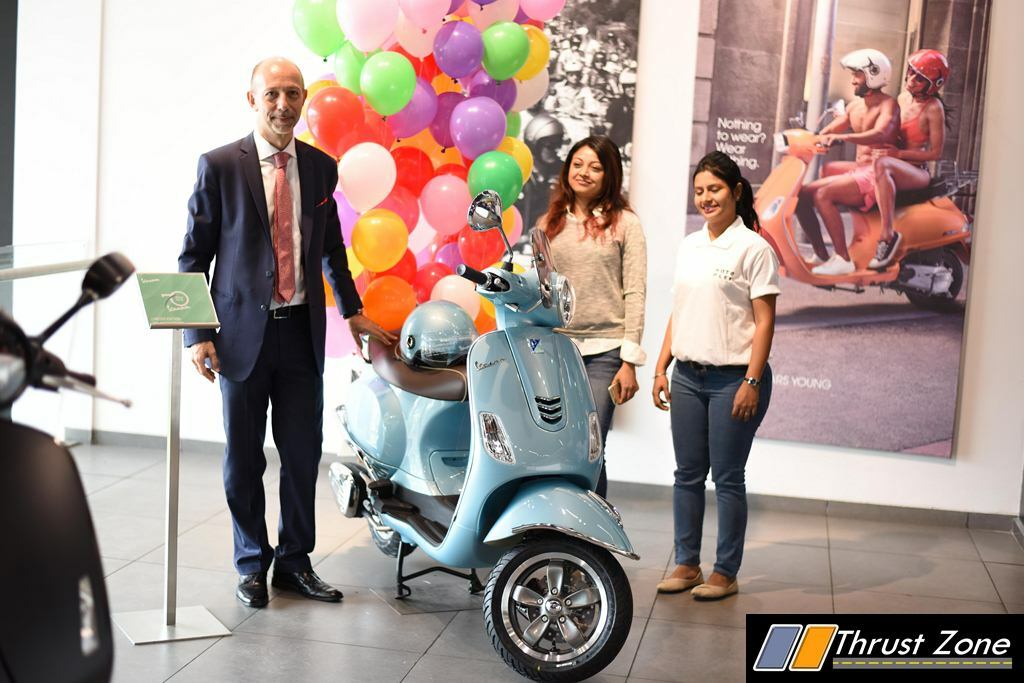 Vespa in India may not be for a long time recently but it has been one of the oldest manufacturer in the world for scooter and much more. The specific number is 70. It is been 70 years since the brand Vespa has come to international market. To commemorate the same, which is the anniversary of the Vespa, the Piaggio Group is offering its most beloved scooter of all times as a special edition. The Vespa 70th Anniversary Edition. The Vespa VXL from its current portfolio will help celebrate the cause in India. The scooter has been personalized with special features. 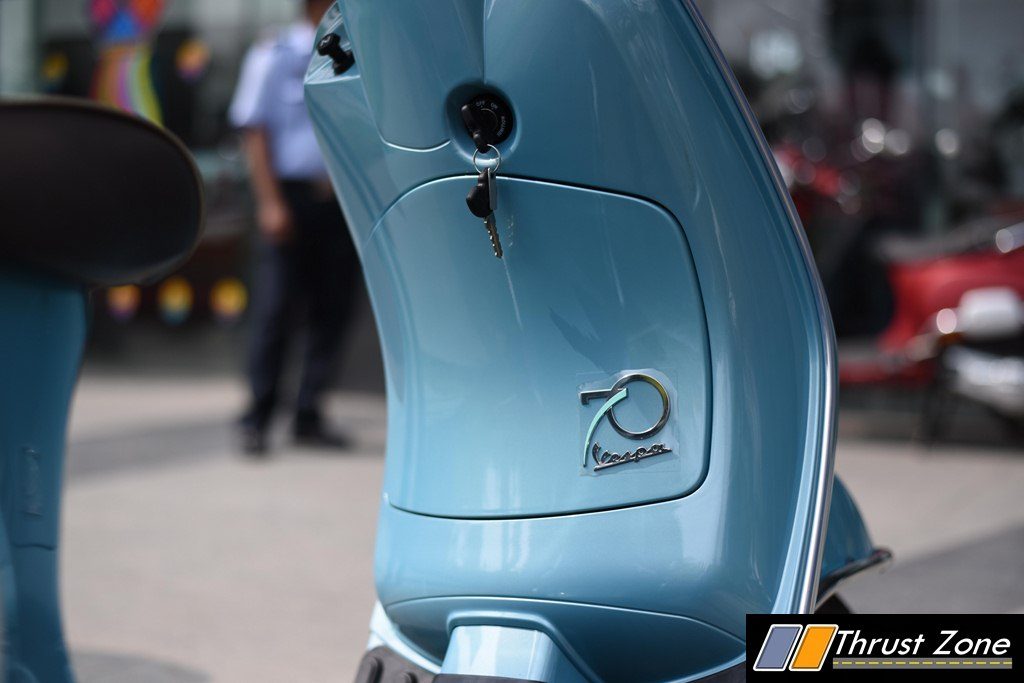 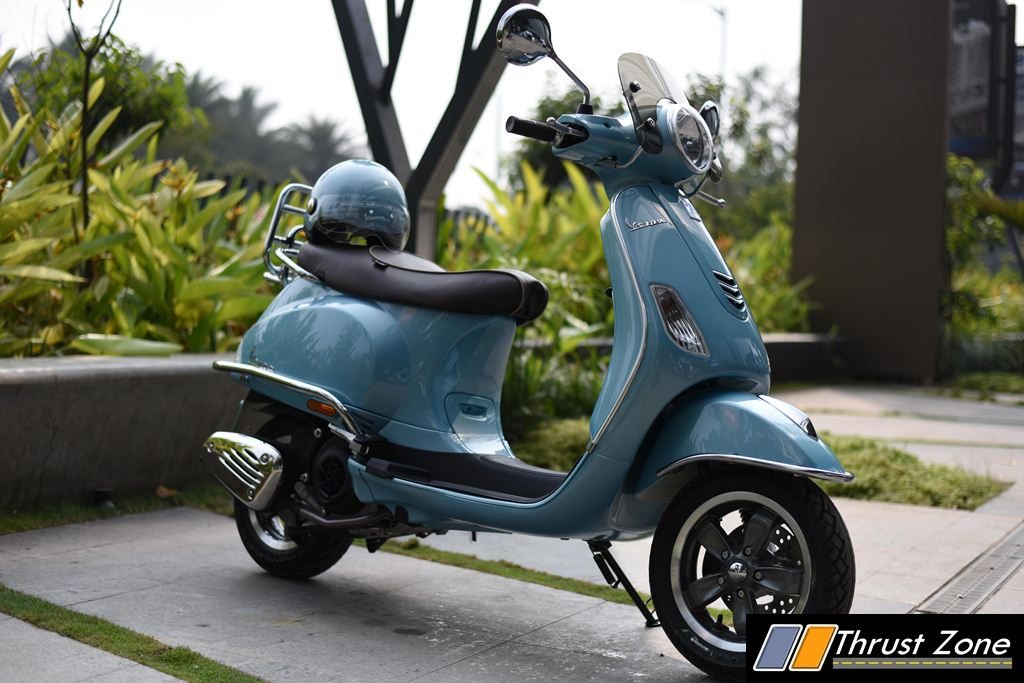 The Vespa 70th Anniversary Edition continues with the same mechanical. The anniversary edition has the same 150cc 3-valve engine that churns out 11.5 PS of power @ 7000 RPM and 11.5 Nm of torque @ 5500 RPM. Vespa comes under pinned wih the same suspension at the front, the expensive monocoque chassis and single sided rear suspension. 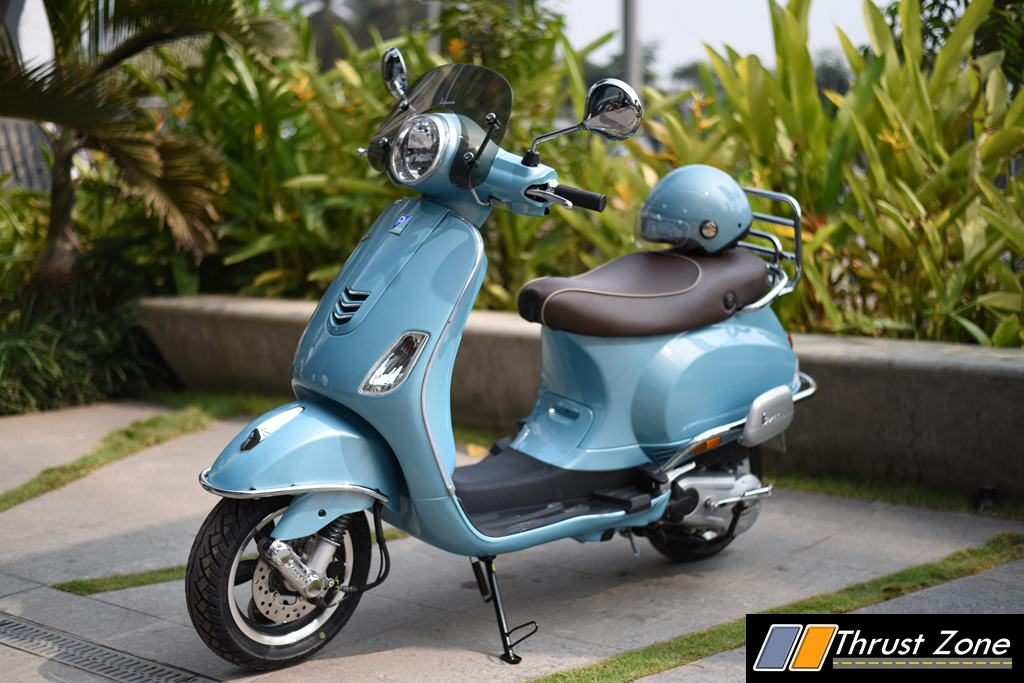 The wheels are 12-inch on both ends and the front has a large 220mm disc on offer. The price of the Vespa 70th Anniversary edition is kept Rs 96,500/-Ex-Showroom Pune. Vespa hasn’t disclosed how many units will be made. However, expect new colors of the Vespa and the 150cc variant continue to do sales along with the sporty side of the scooter which is the Aprilia SR 150. Till then, Vespa remains the ideal contender in the premium scooter space.