2016 Rider Mania Turned Out To Biggest Gathering Ever – As Expected! 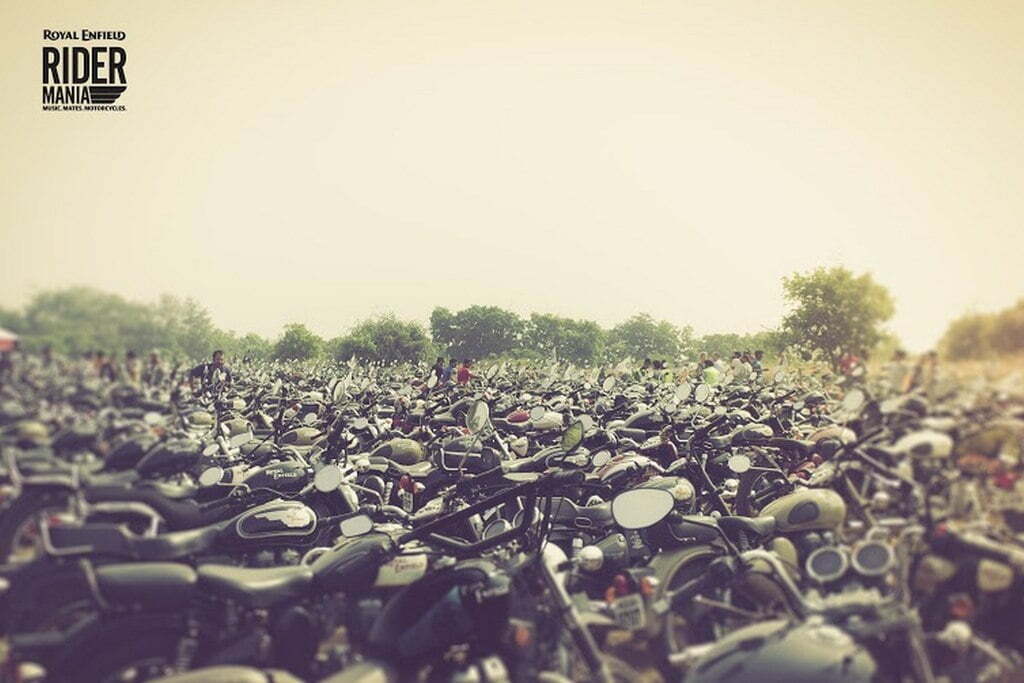 2016 Rider Mania Turned Out To Biggest Gathering Ever and had people come from borders of the nation and even international!

Rider Mania, the biggest gathering of Royal Enfield riders concluded on Sunday. The event was organized at Vagator in Goa, the three-day motorcycling extravaganza hosted thousands of motorcycling enthusiast from India and from several continents across the globe too. Rider mania had something for the first time that showcased as ArtatRiderMania – motorcycling inspired art. The connect and passion for riding, came to life with various motorcycling inspired art exhibits around the Rider Mania venue. Helmet art, tank paintings and 3D canvas creations were few of various ways artists used their own creativity to communicate a motorcyclist’s lifestyle and expressions.

S. Thiru, photographer & installation artist Hrishikesh, showcased their work called ‘Singularity’ close to the venue entrance. The artists described their work – an 18 foot tall metal installation, as the point where all parallel lines meet. Another major attraction was the ‘Art Shed’ by Vidhi Khandelwal, a prolific illustrator, Ketaki Pimpal Khare, a multi-media artist and Ravindra Mahale, who specializes in water colors. The trio experimented and showcased art that signified the Rider Mania. A small bar at the venue was beautified by an artistic representation by Hammered, an Indian digital artist who specializes in automotive friezes.

The festival saw motorcyclists participate in fun and competitive events. The most sought after event at Rider Mania – the Dirt Track Race saw participants turning up in their special race-tuned motorcycles to slug it out on a dusty, uneven race track. For the first time, a special Himalayan category was introduced.

Rider Mania 2016 saw record participation, not just in numbers but also attendees from diverse backgrounds. Riders, old and new, rode from as far as Delhi, Guwahati, Gwalior, Ahmedabad, Jaipur and even Bhubaneswar for the annual get-together relishing every moment leading up to Rider Mania.

The Long Distance Riders Forum hosted prominent riders from around the world like Kedarnath GM, author of ‘Dream to ride around the world, Srinivas Chamarthy and Vishvesh Mehta. The forum is an opportunity for new riders to get inspired to explore and not get intimidated by their fears.

Attendees of the 2016 edition of Rider Mania also witnessed the debut of Riding school STRE (or She Travels on a Royal Enfield), a program where women learn to ride a motorcycles. The custom bike display as always was one of the biggest attractions at Rider Mania. This year, Rider Mania had the Indian custom building industry. From experienced names like Old Delhi motorcycles to the new talents like Young Kid Customs showcased their best designs, in some cases, exclusively made for Rider Mania 2016. Bull City Customs, Buraq Motorcycles, XLNC Customs, In line3 Customs, Wheel Vedas Customs and Bulleteer Customs were the highlights this year.