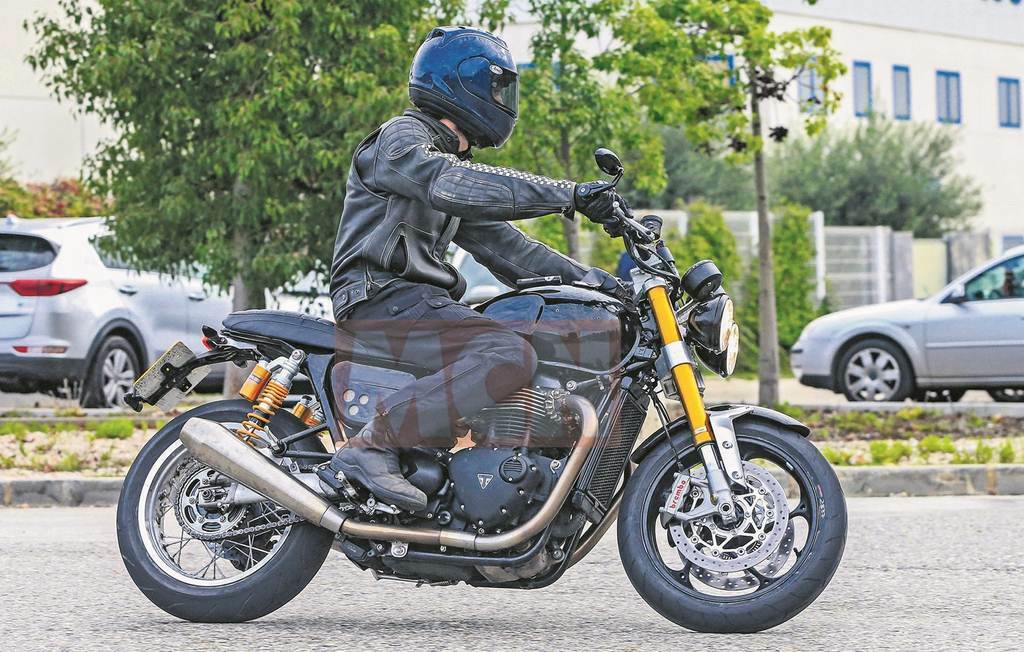 Just to clear the air of people who are more orthodox when it comes to making a conclusion after reading the headlines, we are excited and not feeling bad anyway! We mean, who doesn’t like new motorcycles to ride every single time they come in the market. You and i go to showrooms to test ride and look at them don’t we?. What we have here today is yet another motorcycle on the Bonneville platform that keeps on churning motorcycles one after the other.

There was the Scrambler, Bobber, Street twin, Thruxton, T100, T120 and other variants of these motorcycles and racier version of some motorcycles and let’s forget the same five-strong family of T100-engined bikes that are on sale. Allow us to tell you that these motorcycles are all set to come to India and most of them have already made it. Today, an alleged Speed Twin has been caught in its early stages.

On the face of it, the headlamps are ‘stolen’ straight from the 2007 Street Triple 675. The model is set to be a street fighter version of the Thruxton R with the same powerful, 1200cc parallel under that retro fuel tank. Triumph Speed Twin has the same Thruxton R fork and shocks at the front and rear and the chassis comes from the same family of T120 Bonneville. The legendary Speed Twin name that the firm re-registered some time ago is most likely to be the name of this motorcycle. 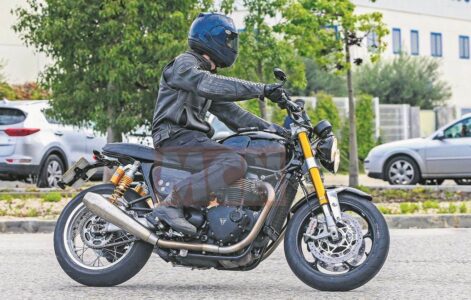 Triumph will make sure it is retro and modern at the same time with the T120’s throttle bodies being used for example, which will be dubbed to look like old-school carburetors. Test mule reported is a very early stage model and has mismatched wheels, unfinished triple clamps and other details that are crude and symbolise that this is a proper prototype. Upright riding position and other comfortable yet racy stance will attract buyers immediately. Launch/Unveil happens in late 2017.

2016 Rider Mania Turned Out To Biggest Gathering Ever – As Expected!