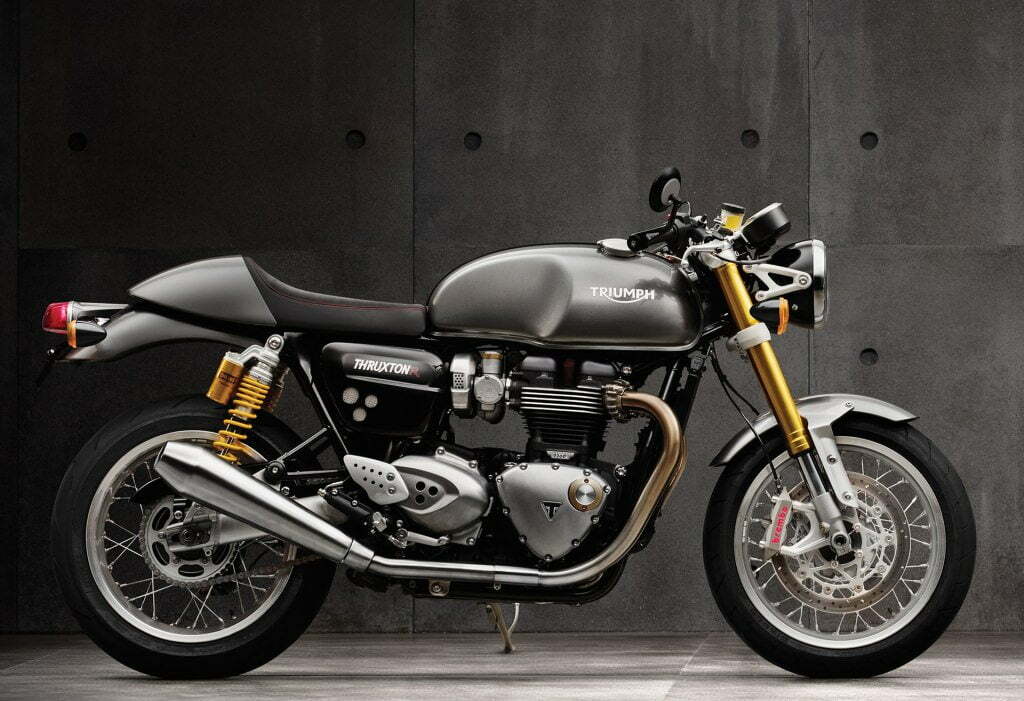 If there has been one motorcycle that is the most awaited in India, in the premium category, it has to be this, the Triumph Thruxton and more so, the R version. The R version was launched today at a spectacular price tag of 10.9 lakhs ex-showroom Delhi. Thruxton was with us in the Indian market and it comes all new avatar. The British marquee says that the bike has been extensively revised inside out and comes in two variants. We give you all the details on this bike which seems to be appealing to the racer, commuter and enthusiast.

Clearly, the major alteration is seen in the design which has been extensively worked upon. Every body panel seems to be crafted to perfection this time. The front fairing, the round headlight and silver color seen here is outright perfection indeed. Triumph has nailed with styling right from the fuel tank to the exhaust canisters.

The suspension, front and rear are golden-colored. The bar-end mirrors, the seat cowl, everything just reminds of the 80’s. The Thruxton is also available in two color options, Diablo Red and Silver Ice. Features wise it has a USB charging socket and a loaded instrument cluster

Launch for the Thruxton happened at the Auto Expo 2016, the Thruxton R comes at a price tag of Rs. 10.9 Lakhs ex-showroom Delhi, which is almost four lakh rupees more.

The most exciting part of the motorcycle is the new 1200cc engine. The motor now makes 66% more torque and hence the number now stands at 112 Nm of torque. The new engine is high on power as well as it makes almost 97 PS of power as well, a good upgrade over the past numbers. Power goes through a chain drive via a 6-speed gearbox. Electronic technology includes Ride-By-Wire system that helps the motorcycle get three rider modes. The triple is said to be fuel-efficient, fast and emissions friendly. All of this is thanks to new 270 degree crank, 8-valve revised engine.