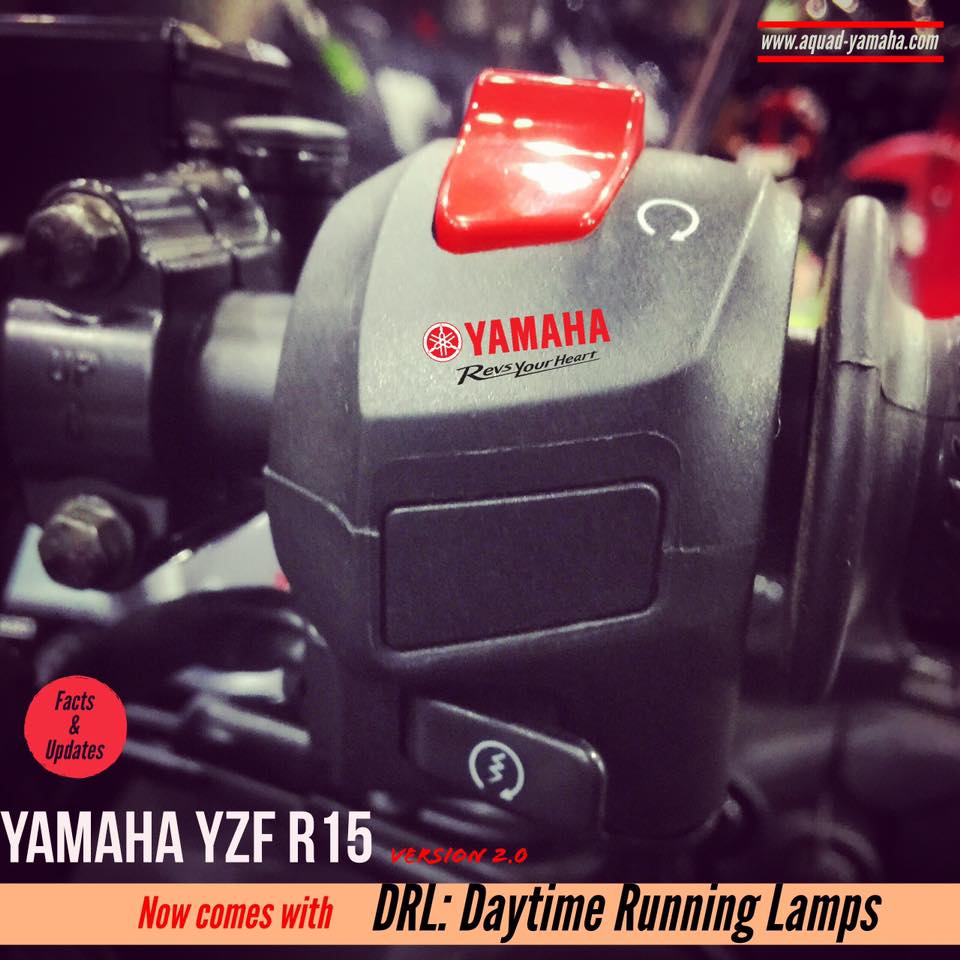 Yamaha, like other manufacturer are on streak of providing safety features that will be compulsory on motorcycles in the coming years. Let it be 2017 or 2019. ABS and AHO are two major features that are set to kick in. The motorcycles for now getting AHO feature which is headlamps on always, which act like a DRL. They cannot be switched off and will act in identifying motorist around you so that mishaps can be avoided. Yamaha’s first bike to receive the same feature was the R3 but now the locally produced R15 also gets it. Let’s check more details on the same.

The motorcycle continues to look the same as before. Both variants of the motorcycle such as the S version and the normal dual seat version get multiple colors to choose from, offer dual headlights, different looking side panels and a very different rear-end. The major changes spoken about are the AHO feature added which removes the headlight button from the motorcycle as the light stays on. R15 case one headlamp will be on the other can be switched by using the high beam button.

Perimeter frame, telescopic front forks and monoshock at the rear which is adjustable can be seen here. The brakes are NISSIN units on both ends providing good stopping power. 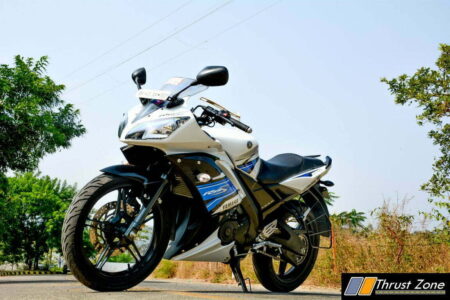 Launched in the month of December 2016, the new AHO feature equipped motorcycle comes at the same price as before or Rs. 1.15 lakhs.

The 149cc engine makes 17 PS of power and 15 Nm of torque from the liquid-cooled, 4-valve, fuel-injected engine. The engine is mated to an 6-speed gearbox. 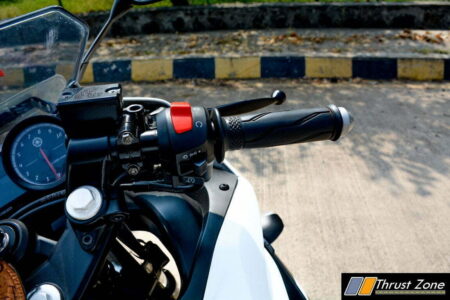 Safety comes from the new AHO feature which keeps the light on so that the motorcyclist is always visible in rear view mirrors or while coming from anywhere on the street. A typical reason why most incidents happen is because majority of the times motorcyclist aren’t visible to car and four/six wheelers. Features list includes the speedometer which has dual trip meters, DTE, analogue tachometer and digital speedometer.