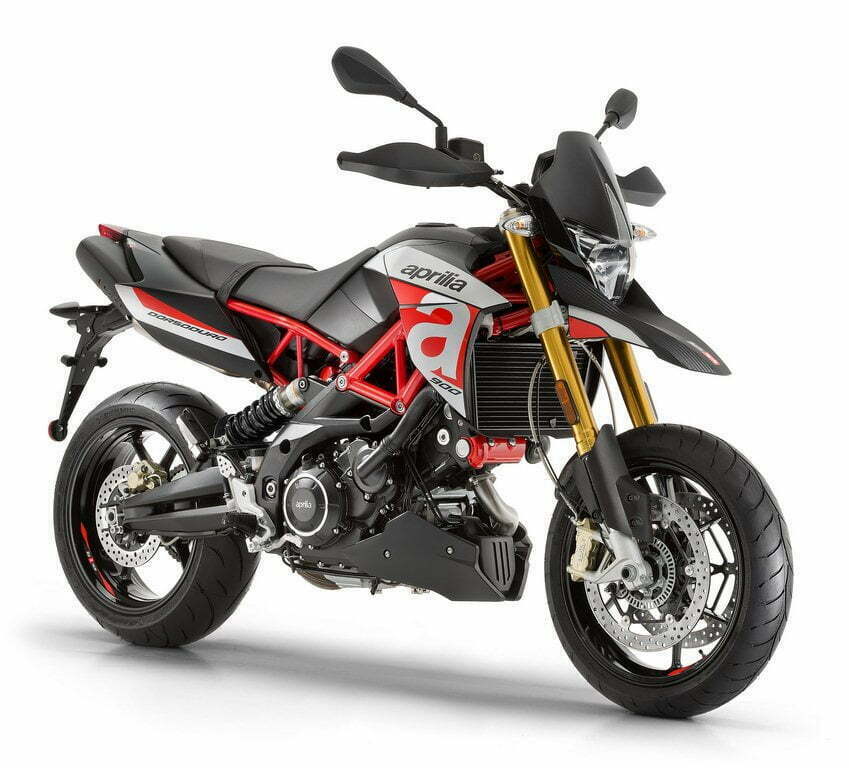 2017 Aprilia Dorsoduro 900 and 2017 Aprilia Shiver 900 are motorcycles with right displacement and power for the Indian market and now they are launched!

Aprilia flexed its muscle at the 2016 EICMA with the arrival of the new 2017 Aprilia Dorsoduro 900 and the 2017 Aprilia Shiver 900. This means that the old 750cc unit of the Aprilia’s V-Twin maxi-motard is now blown to 900cc meaning a healthy addition of more horses and hence more fun. Aprilia has finally bought these models into India as a big surprise to the Indian market.

The new 846cc V-twin makes 95.2 BHP @ 8700 RPM, which is an increases over the previous bikes 92 BHP. With this Aprilia has also achieved the target of giving the Dorsoduro a better low-end and mid-range power. Though the power increase is only modest at best, the increase in capacity has brought more torque into the game with a 8.15 Nm increase. The new 2017 Aprilia Dorsoduro 900 now makes a commendable 91 Nm @ 6500 RPM.

The new 2017 Aprilia Dorsoduro 900 along with its capacity increase and rise in outputs also see a re-designed internal lubrication system. This new lubrication design makes sure that the bikes returns greater efficiency while the new exhaust takes care of the Euro IV regulations. Other changes include a new ride-by-wire system that replaces the 750 Dorso’s old unit. Interestingly this new system has enabled Aprilia to not only shave 550 grams from the old system, but also provide a much smoother on/off throttle delivery.

The new 2017 Aprilia Dorsoduro 900 also gets Aprilia traction control with a total of four ride modes available (3 levels plus off) to limit unwanted wheelspin. This TC system has been matched to a Continental supplied ABS system for greater road safety. There is more new electronic hardware on the 2017 Aprilia Dorsoduro 900 such as the TFT display, which replaces the LCD unit of old. This 4.3-inch screen is designed to provide clear information to the rider regardless of day or night. This has been achieved by the use of light sensors within the assembly.

The suspension setup of the bike has also been upgraded with a new Kayaba rebound- and preload-adjustable fork. This fork is 450 gms lighter than the ones on the old bike. The 2017 Aprilia Dorsoduro 900 also gets new wheels with a three-split-spoke design and as per Aprilia the new wheels further save 1.8 kg’s as compared to the earlier model.

Alongside the new Dorsoduro 900 Aprilia has also showcased its scantly clothed cousin, the 2017 Aprilia Shiver 900 at the ongoing 2016 EICMA. And just like the Maxi-motard from the company, the new Shiver 900 also sees a capacity ump to 900cc from 750cc in its V-twin engine. Thus it shares the same 896cc 95.2 BHP and 90 Nm of outputs with the Dorso but being a naked street bike, these numbers make the Shiver a much different bike. The shiver has been in the market for almost a decade now and somehow it has never been able to capture the attention other Italian offerings get in the segment. However, with this new update, we believe that the 2017 Aprilia Shiver 900 would change its history.

2017 Aprilia Shiver 900 gets a new Marelli 7SM ECU which acts as the brains behind most of the bikes electronic operation,. It controls the traction control and a revised ride-by-wire throttle. This new system just like on the Dorso, sheds significant weight compared to the old 750cc Model. The new TFT display with a 4.3 inch size is also present here and is easy to read and helps the rider with clearer information with the use of light sensors in the assembly. In fact, this is the same instrument cluster that is used on the RSV4 and the Tuono 1100 V4. 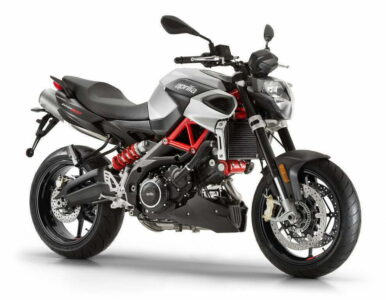 Then if you choose to go with the accessory Aprilia Multimedia Platform which is an optional addition, you can get the bike to connect with the AMP app on your smart phone. The TFT display on the 2017 Aprilia Shiver 900 also shows data related to incoming/active calls on the screen. It also shares information related to the use of an intercom or any audio files being played.

Other new bits on the 2017 Aprilia Shiver 900 include a 41mm Kayaba fork with rebound and preload adjustability just like the ones on the new Dorso. Then you have those good-looking Tuono-inspired three-spoke wheels that shave off a considerable 2.6kg from the bikes weight. This should relate into reduced rotating mass and hence promises much improved handling. OVerall, the extensive work done to make them modern promises fun and we cannot wait to test ride it. 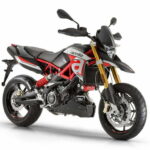 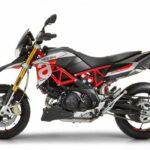 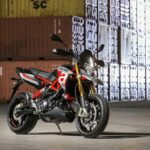 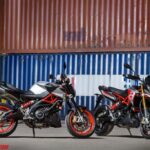 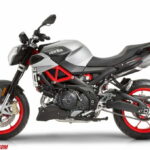 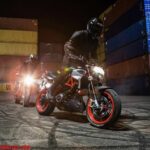 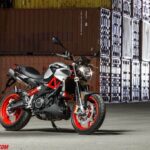 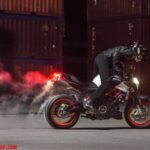 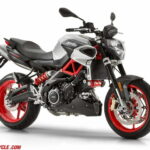 2018 Next Gen Renault Duster spied for the first time, promises to be quirky as current version