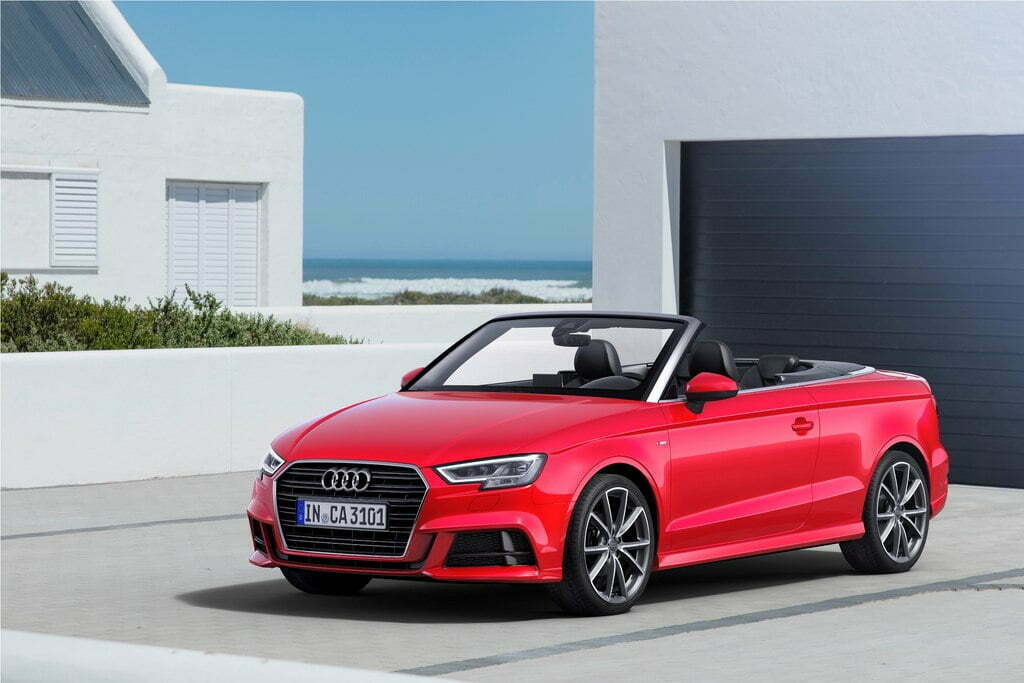 Audi in India is ramping up its product portfolio. The manufacturer is launching products in the affordable range which includes the new A4, the upcoming A3 facelift and plans to launch the Q2 very soon in the Indian market. There is also the Q3 SUV which makes sure it is proper entry level SUV for the Indian buyers who seem to love it the most. The manufacturer however has an eye for niche market even in the premium category and that comes from models like this, the Audi A3 Cabriolet. The car is the official entry into the open air motoring for the masses and now comes in a refreshed avatar after spending two years in the country.

The Audi A3 visually gets new bumper which is far more eye catching than before and the bonnet has been revised as well. The car gets new Matrix LED lights and ditches the old projector-hid unit. The turn-indicators are the same that we saw in the R8 which are the dynamic units. The engine is now a 1.4 TSi motor which makes 150 PS of power and 250 Nm of torque that is borrowed from its elder sibling, the new 2017 Audi A3 Facelift Cabriolet and has refreshed interior as well.

The infotainment system now includes a new MMi unit, connectivity options continue be offered. The 7-inch screen is retractable and is only 11 mm thick. However, smartphone interface is an optional unit. The car gets dual zone climate control. The sound system has been revised and now the unit is an Bang and Olfusen unit. The five airbags, abs and ebd make up the safety package. The price continues to be slighter higher than expected, but remains the same as before. Audi now offers more tech and options which makes it a little more value for your money and if you enjoy open top motoring, the price isn’t a question in the first place.