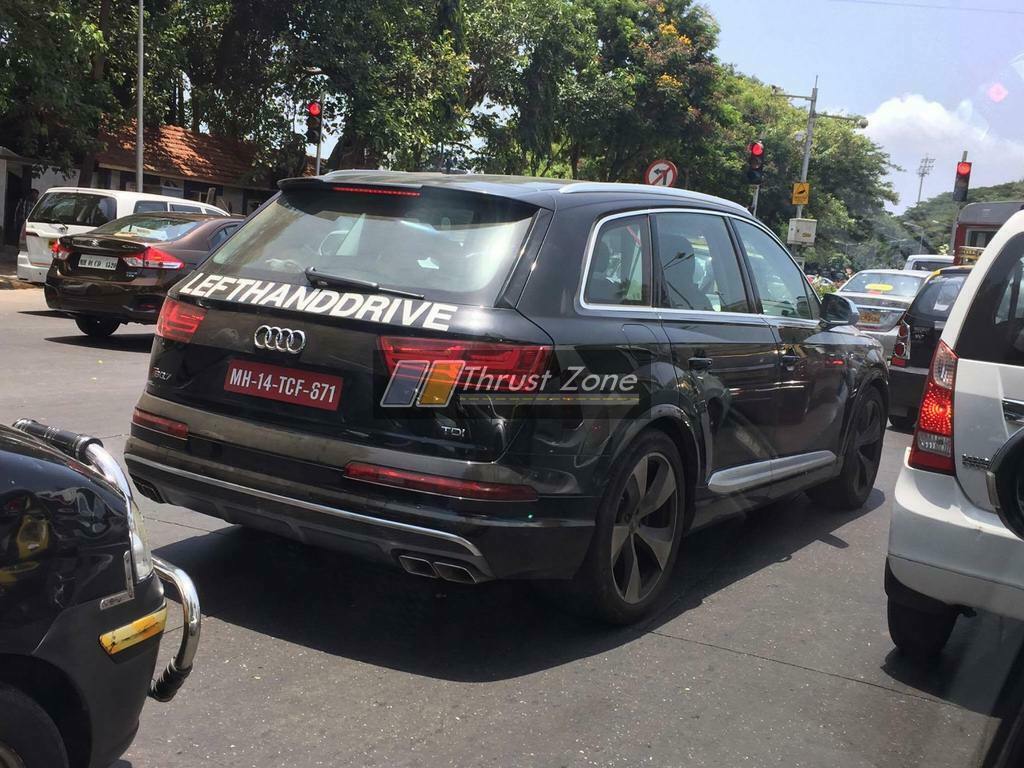 435 BHP 2017 Audi SQ7 spotted testing on Indian roads as a left hand drive model. This is the most powerful diesel SUV in the world!t

The new generation luxury SUV Audi SQ7 has been spotted on the Indian roads and looks quite similar to the Audi Q7 already on sale. The SUV is the first production car to feature an electric power compressor which adds to its performance. Under the hood, the high performance Audi SQ7 gets a 4.0-litre twin turbo diesel V8 engine, which generates 435 bhp and a whopping 900 Nm of peak torque. Features like quad-exhaust tail pipes bigger bumpers on the front as well as rear give the SUV an exclusive identity.

The German car maker is currently testing its new luxury SUV, Audi SQ7 in many countries as it would be released as an international product. The SQ7 is based on the Volkswagen’s MLB Modular longitudinal platform, which is also said be highlighted in the next gen models including the very popular Audi Q7 and VW Touareg. The lightweight construction helps the model to cut its weight which automatically helps in increasing the performance level than the existing models. The new Audi SQ7 hits 0-100 kmph mark in 5.5 seconds and has a top speed which is limited to 250 km/hr.

2017 Audi SQ7 is renovated and gets the restyled dashboard with air cons, Audi Virtual Cockpit system and a newfangled design. The SQ7 sits a bit lower and gets a sportier body kit. The front end looks more noticeable with the sharper LED headlamps, more chrome highlights and larger air intakes and the all new sporty alloys which add to the more sportier and cutting edge design of the SUV. The wheels are very large and are most likely 20-inchers.

2017 Audi SQ7 seen in India is a left hand drive model indicated by the decals on the back, which possibly is the only view of the SUV available. The SUV is been spotted in the same all blue colour that is utilized for the global market. The upcoming 2017 Audi SQ7 will be the competitor for the BMW X550d and Porsche Cayenne Turbo. A big thanks to our avid reader who has seen the same car testing once again on Mumbai roads. 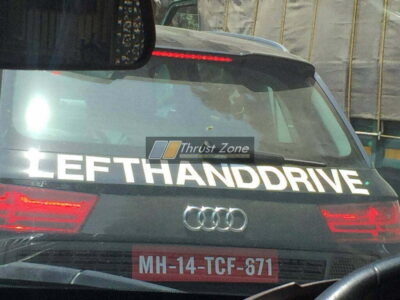 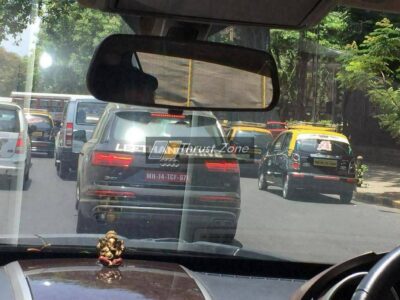 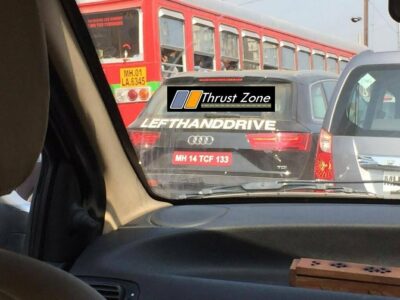