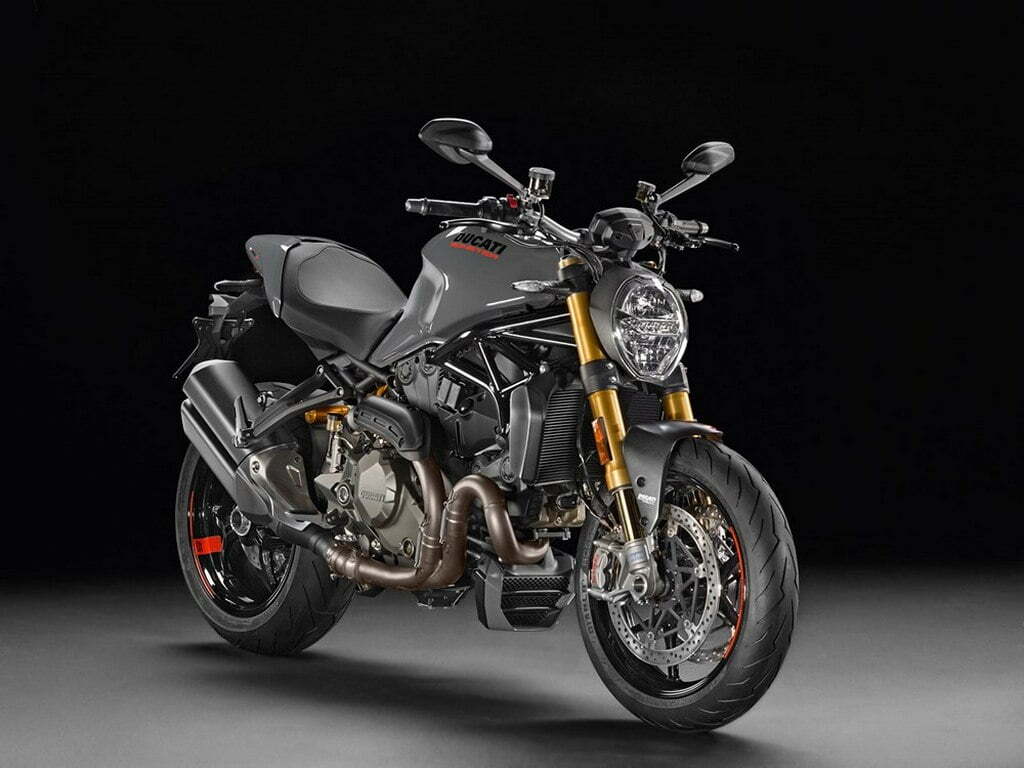 Just after the global unveil of the new Scramblers, Ducati has taken wraps of the new 2017 Ducati Monster 1200 and 1200S. The new model year versions of the biggest and the baddest Monster’s in the family arrive with a sleeker tank design. The tail end is now fully redesigned with a sports-style tail. There is also a presence of an all-new headlight and understandably there is a top shelf electronics package derived from the one on the 1299 Panigale. With this 2017 Ducati Monster 1200 and 1200S, Ducati seems to be reaching back towards the original Monster from the early 90s. This is particularly visible in the presence of the attachment clip fitted on the steel tank.

The 2017 Ducati Monster 1200 and 1200S is obviously EuroIV spec and the big liquid cooled Testastretta 11° DS L-Twin engine is more powerful at 150 BHP than the bike it replaces. The bike again gets Cornering ABS among other hosts of electronics. The rest of the electronic aids come in the form of three different Riding Modes (Sport, Touring and Urban) includes the Inertial Measurement Unit that feeds information to the Bosch Cornering ABS and Ducati Wheelie Control systems. The 2017 Ducati Monster 1200S weighs 209 kgs while the 1200 comes in at 211 kgs. There is a slight difference in the seat height as well with 1200S having a lower seat height of 795 as compared to 820 mm on the standard variant. Ducati has set the price for the 2017 Ducati Monster 1200 at £11,495.

The 2017 Ducati Monster 1200S obviously gets more love from the blokes at Bologna with the ‘S’ getting 48 mm Öhlins fork and rear monoshock, both of which are fully adjustable. The brakes have been updated with a set of beefy and fabulous Brembo M50 calipers and 330mm discs. The wheels have Y-Spoke designed with exclusive ‘S’ graphics. The bike gets a carbon fiber front mudguard, usual DRL’s and LED Indicators. The 2017 Ducati Monster 1200S has been priced at £14,395.