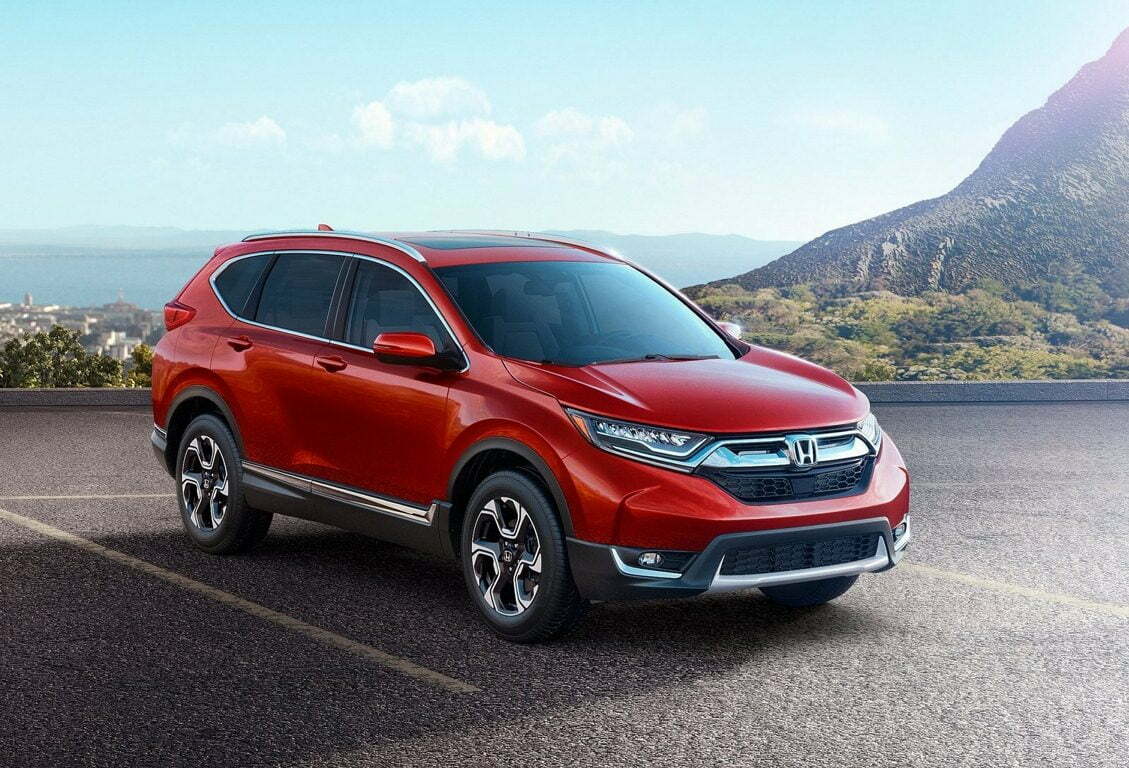 2017 Honda CR-V Unveiled Is An All New Model but the changes to it look more like a facelift, Wait begins yet again

As the global media drool on the return of volume knob in Honda cars, a feature that many missed in the Honda’s new touch-screen infotainment system (which is considered to be highly finicky), the bigger news that all new 2017 Honda CR-V has arrived has somewhat taken a backseat. The all-new 2017 Honda CR-V is longer, taller and wider than the car it replaces. The new Honda SUV has a swept-back front fascia, swollen front and rear fenders giving it a contemporary look. There are also Volvo V90 inspired tail lights, which we believe is a good thing to be inspired from.

This makes the car look a bit more interesting now, but it still does not run for any beauty contests. The increase in overall dimensions means that the cabin has more room now for its five passengers. The wheelbase longer by 1.6 inches, let the rear passengers to enjoy a mammoth 40.4 inch leg room. This makes the car’s rear leg room 2.1 inches more than the current CR-V and 1.9 inches more than the Accord.

The cargo bay still has a 60/40 split ratio for rear seats but the space grows by 2 cubic-feet. In fact the boot space with all seats in use in now equal to the bigger Ford Edge. The 2017 Honda CR-V gets the Civic inspired instrument panel and steering. Yes, there is a volume knob as previously discussed in the infotainment system. Gear lever still protrudes from the center console while there is host of stowage all around.

The 2017 Honda CR-V is available in LX, EX, EX-L, and Touring trims. All trims will have LED DRL’s, automatic climate control, steering-wheel-mounted audio controls, and a CVT automatic as standard. The base variants get a 2.4-liter four-cylinder engine which now makes 184 BHP and 245 Nm. All the remaining variants will get Honda’s new 1.5-liter turbocharged inline-four making 206 BHP and 265 Nm.

Honda is promising best-in-class fuel economy for the 2017 Honda CR-V turbo. Th Top end of the cars comes equipped to the brim. You will get, a 7.0-inch touchscreen infotainment system with Apple CarPlay and Android Auto capability. There is a dual-zone climate control, a power driver’s seat, heated front seats and a proximity-key system with remote start. You will also get push-button ignition, a sunroof, and a long list of standard safety features.

These safety features include collision mitigation braking, forward-collision warning, lane-departure warning, lane-keeping assist, adaptive cruise control and blind-spot warning, rear cross-traffic alert, and automatic high-beam headlights. The 2017 Honda CR-V top variant also gets leather seats, two memory settings for the driver’s seat, a power passenger seat, and an optional navigation system. Honda is yet to declare the pricing of the 2017 Honda CR-V. At present there are no confirmations about the car’s arrival in India as well. Stay tuned with us as we bring more update on the same.