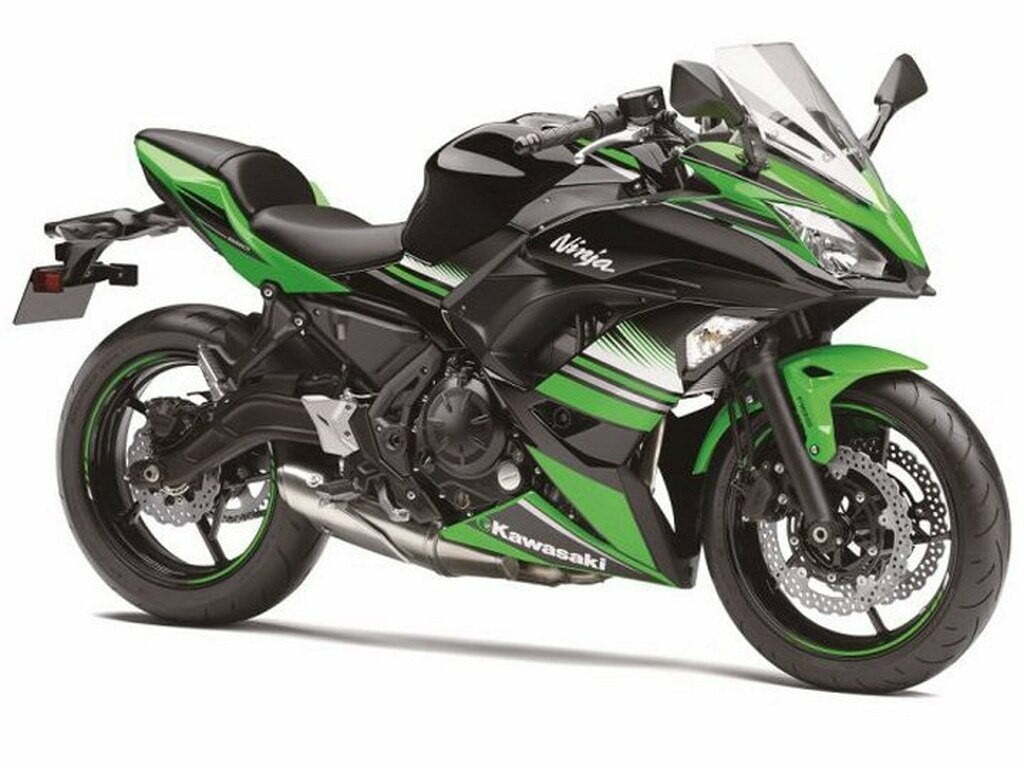 Looks like Kawasaki loves its 650 cc engine platform. After getting host of motorcycles on the same platform. The manufacturer has revised the original source motorcycle. The Ninja 650. The 2017 Ninja 650 has everything you ever needed. More stylish looks, more Ninja styling and more performance and efficiency in every way. Underseat exhaust remains the same and there is a new tail-light which is X Shaped. Overall, a great setup about styling. A need of the day after the weight loss need.

Where the news isn’t so good is that the power hasn’t gone up. Instead it has gone down. The 2017 Kawasaki Ninja 650 now makes a claimed 69 BHP. Slightly down than before. Previously it had 72 BHP. Kawasaki says that it has been tuned for low and mid range torque with brisk acceleration at the top.2017 Kawasaki Ninja 650 complies with latest Euro4 emission limits and fuel economy. Fuel economy in particular has been improved by a claimed 6.8% compared to the older Ninja 650.

Kawasaki’s says the Ninja 650 is all new this time around. The chassis and suspension are all new and reworked. However, sadly it continues with telescopic suspension at the front. There is no offset monoshock this time. Tubular frame has been extensively redesigned. The modern frame is what we see on small motorcycle from Kawasaki (Trellis type) is seen here. Gull-style aluminum swing-arm is here than the previous tubular inspired unit. Brakes are the same as before.

Dual disc setup at front and petal disc (single) at the rear. The Nissin brake calipers are all new unit this time according to Kawasaki and come equipped with ABS. Tyres should be the same too in terms of dimensions. Weight reduction at 19 kgs means it now weighs under 200 kgs at 192 kgs. Features list includes a rev counter needle that glows red, a digital gear-shift indicator, which is adjustable and an ambient temperature gauge. This is the Euro spec bike, Indian should be likely the same. American will get something even more different. Stay tuned for more. 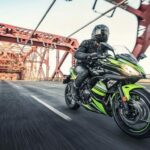 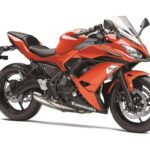 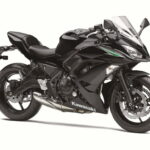 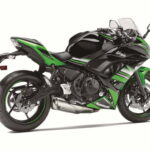 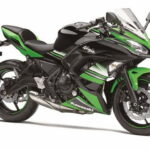 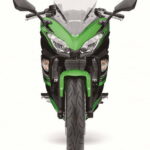 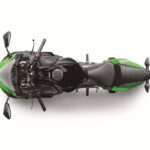