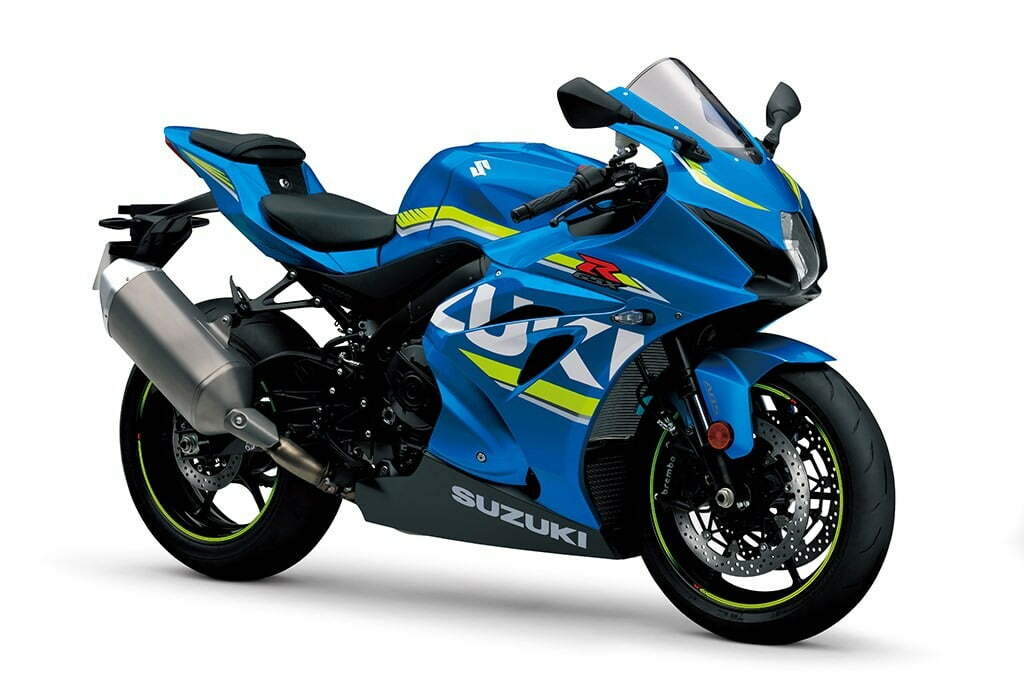 If you remember EICMA 2015, you would remember the GSX conpt that Suzuki showcased. A year from then, the 2017 Suzuki GSX-R1000R has finally been revealed at the ongoing INTERMOT 2016. After a long wait, the all new 2017 Suzuki GSX-R1000R has arrived with Suzuki’s new found zeal to re-capture the market it once owned. With its reveal, the new GSX-R1000R has become the first ever superbike in the world to have Variable Valve Timing. This tech has leaked from the Suzuki’s MotoGP machine into the production model.

Like we said, Suzuki has its eyes set on the crown of the superbike segment and it shows. The electronic package arrives with an Inertial Measurement unit (IMU). This control the 10-Stage Traction control system on the all new 2017 Suzuki GSX-R1000R, and ABS. Suzuki calls its traction control system, Motion track TCS. The bike also has Suzuki’s Drive Mode Selector (S-DMS). There are 3 modes to choose from, A, B and C. A is for the track or dry and twisty roads.

B is for the track and road while you can use it for city riding as well and C is for road, city, street and for wet weather. There is a Quickshifter as well for clutch-less up and downshifts. The launch control also joins the party here and so does Suzuki’s Easy Start and low-rpm assist. A new LCD display shows all the information to the rider.

Furthermore, the 2017 Suzuki GSX-R1000R has an all new chassis which is 10% lighter and 20 mm narrower than the current model. The brazed swingarm is also new while there is n electronic steering damper in the mix as well. Showa Big Piston forks work for the standard GSX-1000 while the GSX1000R gets Showa’s Balance Free forks.

At the rear, the standard gets Showa shock with progressive linkage while the R gets Showa’s Balance-Free Rear Cushion-Lite shock. Front Braking is handled by Brembo 320mm discs and radially mount monobloc calipers. The rear gets a Nissin single piston caliper and 220mm disc. The brake system reduces rear wheel lift during hard braking and the R model also feature cornering ABS. The 2017 Suzuki GSX-R1000R new six-spoke aluminium wheels and Bridgestone RS10 tyres as well. Stay tuned for more information on the same.