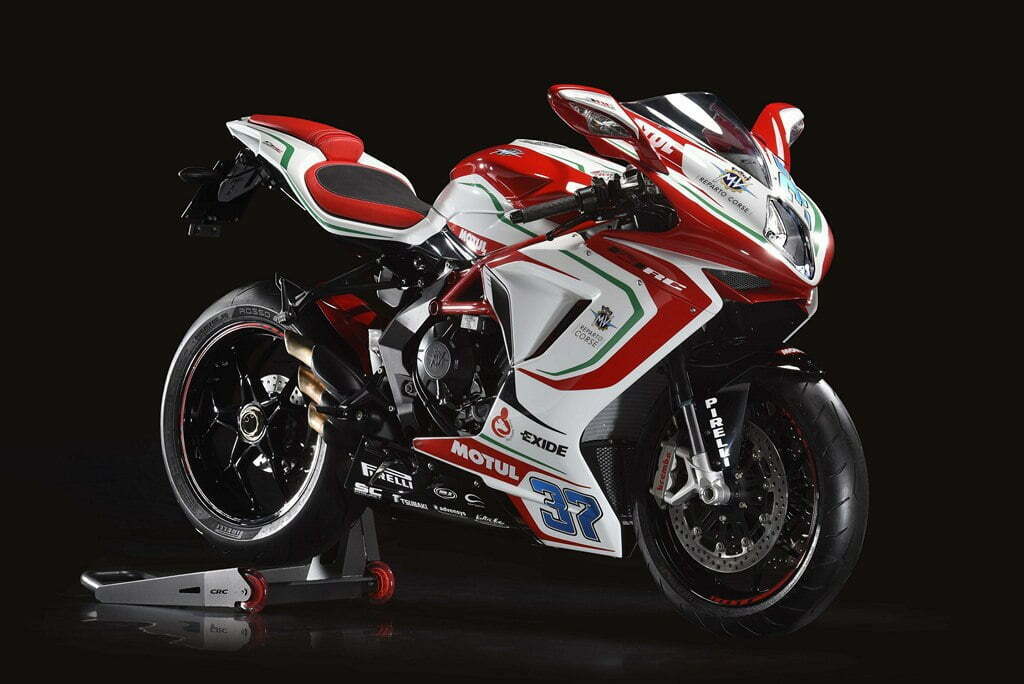 MV Agusta is certainly in the news for all the right reasons. The motorcycle manufacturer is developing some next generation motorcycles soon. These motorcycles will come to the EICMA stalls next month. Most probably that motorcycle is an all new four-cylinder Brutale which is set to come. However, in India operations are going well too. MV Agusta has been rolling out motorcycles one after the other. The plans, that they discussed last year have been coming to light into phazed manner. After launching the MV Agusta Brutal 1090 and F4R. The motorcycle that they have now opened bookings for is the all new is the 1090RR and F4RR.

Both motorcycles weigh around 190 kg mark which makes them have some seriously astounding power to weight ratio figures. Numbers are as always limited when it comes to purchasing these motorcycles. 350 is the number like last time. We could get 10-20 in India and that’s fine if you ask us. Only one reserve for test ride will do even better! Now drool over the pictures of this superlative sculpture.

BMW K1600B BAGGER Is Here To Grab A Piece Of Cake From Indian, Harley and Victory