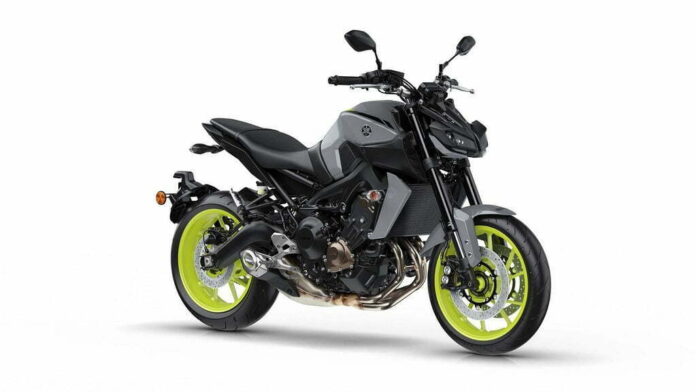 Yamaha, after years of silence woke up and started making motorcycles in every segment. After competition from BMW, KTM and Harley-Davidson, it targeted every single segment. Right from MT-03 TO MT-10. There were MT-07 and then there is the ever popular MT-09. The MT-09 and took the American and European markets by storm. India launch happened last year, which was a little late and before that Asian market launch helped in sales also. For 2017, and year before that updates have been coming. 2017 has the largest amount of change visible. Today, India gets the heavily updated MT-09 and we have all the details.

The 2017 MT-09 has new MT-10-style has new headlights, which has been inspired from the MT-10. Amid, somehow it looks better here and in this avatar. Both pods contain LED bulbs. Beneath those two headlamps, sits another pair of slim daytime running lights. The instrument panel has been moved closer and there is a new screen offer. The cluster has moved forward towards headlight assembly. The indicators have moved closer to the radiator to give it a refreshed look.

The 2017 MT-09 also got a new tail-piece and the tail is now 30 mm shorter and upswept sub-frame makes it look sportier. The rear mudguard and number plate holder is mounted on the swing-arm and hugs the rear wheel. There are new side fins on the radiator and larger tank-mounted air scoops for better aerodynamics and looks. The exhaust has also been restyled, with a ‘flatter surface and has a new end cap. Colour options for The 2017 MT-09 are ‘Race Blue’, ‘Tech Black’ or ‘Night Fluo’.

Mechanically, The 2017 MT-09 has gained an assist and slipper clutch to reduce back-torque on downshifts. There is also an up-shift quick-shifter. Suspension wise, there is now a compression damping adjuster that has been added to the left fork tube. The engine is now Euro 4 compliant. The new MT-09 is priced at INR 10, 88,122/- (Ex showroom in Delhi)