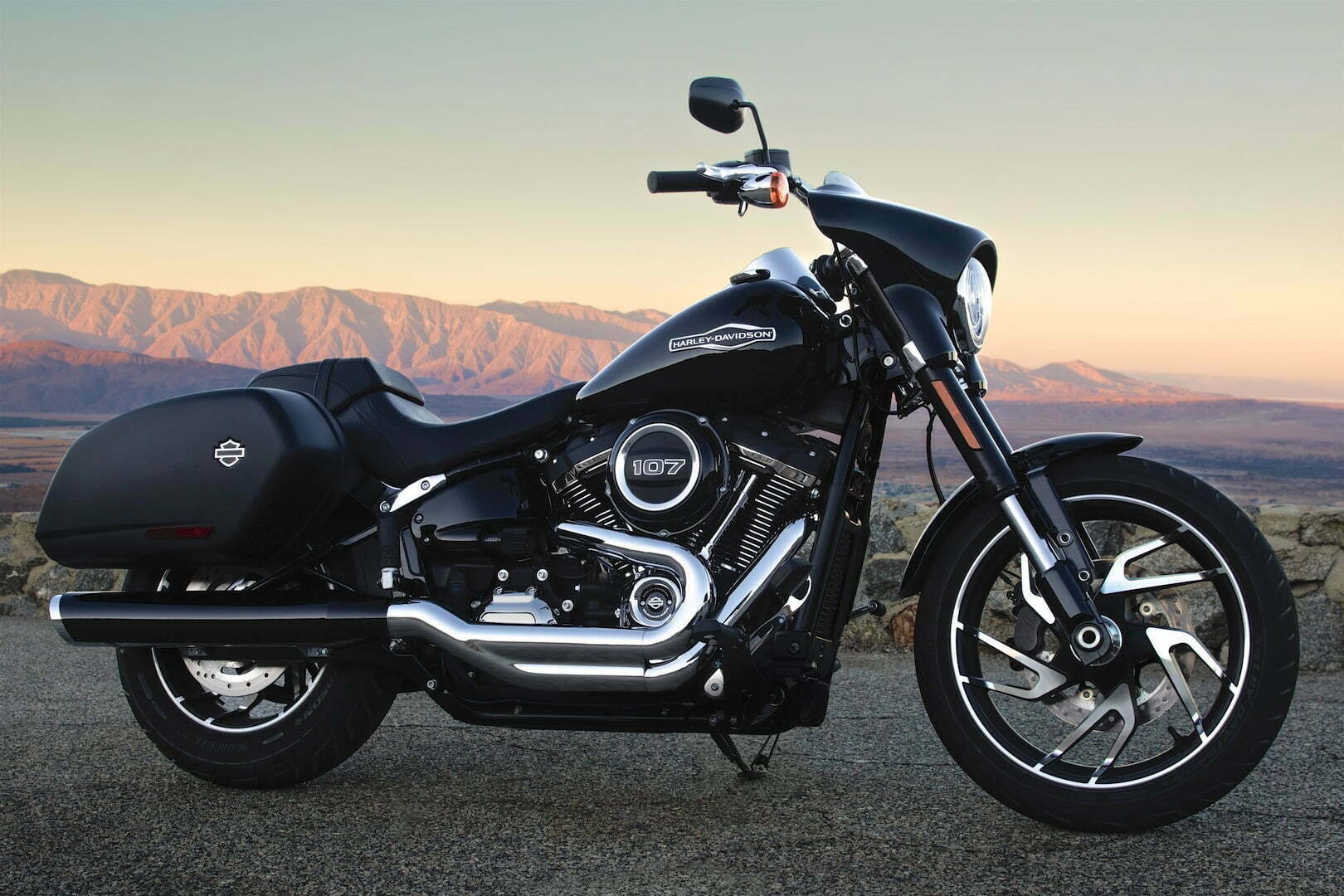 Giant American moto manufacturers Harley-Davidson has brought back the Sport Glide, which will be the ninth member of the Softail lineup. Well because the eight models weren’t just enough for Harley-Davidson so here come another one. The Sport Glide has come into existence after 25 years of absence. The new Sport Glide is powered by a Milwaukee Eight 107 and features detachable fairing and saddlebags.

Harley Davidson’s softail line has made a huge leap ahead of 2018, getting the Milawaukee-Eight Big Twin that was introduced last year on touring models, an all new chassis with a lighter, stronger frame and Showa suspension and fresh styling. Harley is planning to launch 100 new motorcycles by 2027. The all new Harley Davidson is a idle machine for cruising or commuting with ease. Well this looks special and the mini batwing fairing is the modernistic touch given to the bike. After all its a Harley.

The fairing of the bike helps the rider from reducing wind blast when riding, but here Harley Davidson’s designers have messed up in making it more stylish than useful. The wiser helps to keep the wind of your chest but leaves your head in the breeze. Buyers have the option to exchange the standard 1.5 inch windshield for 5.5 inch light smoke. The Street glide is also called as the quick-change artist by Harley because its small fairing and saddle bags can be removed, revamping it from a light-duty tourer to a boulevard cruiser. 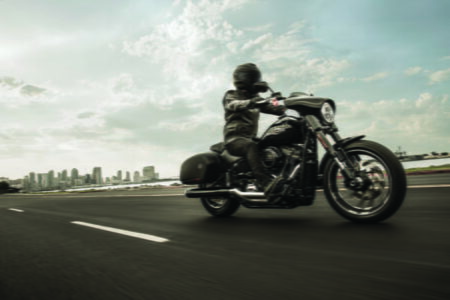 Like all the other Softails, the Sport Glide is build around all new steel frame with a rigid mounted, dual-counterbalanced, air-cooled Milawaukee Eight 107 V-Twin. The bike gets electronic cruise control as a standard feature. The motorcycle gets a 43 mm inverted fork and a remote preload adjustable shock out back regulating its slim swingarm and 16-inch rear wheel.

The Sport Glide has a low, 25.7-inch seat height and forward mounted foot controls. A Daymaker LED headlight with an LED accent ring leads the way which is complemented by an LED taillight and LED rear turn signals. A USB charging port, keyless ignition and the Smart Security System come as standard outfit. The 2018 Harley Davidson Street Glide is offered in three solid colors: Vivid Black, Twisted Cherry and Silver Fortune. The 2018 Harley Davidson Sport Glide will soon be available with the dealers.

Royal Enfield Interceptor 650 Is One Of The Twin Motorcycles! – REVEALED!

RE Continental GT 650 Revealed and Boy! The Color Schemes Are Spot On!