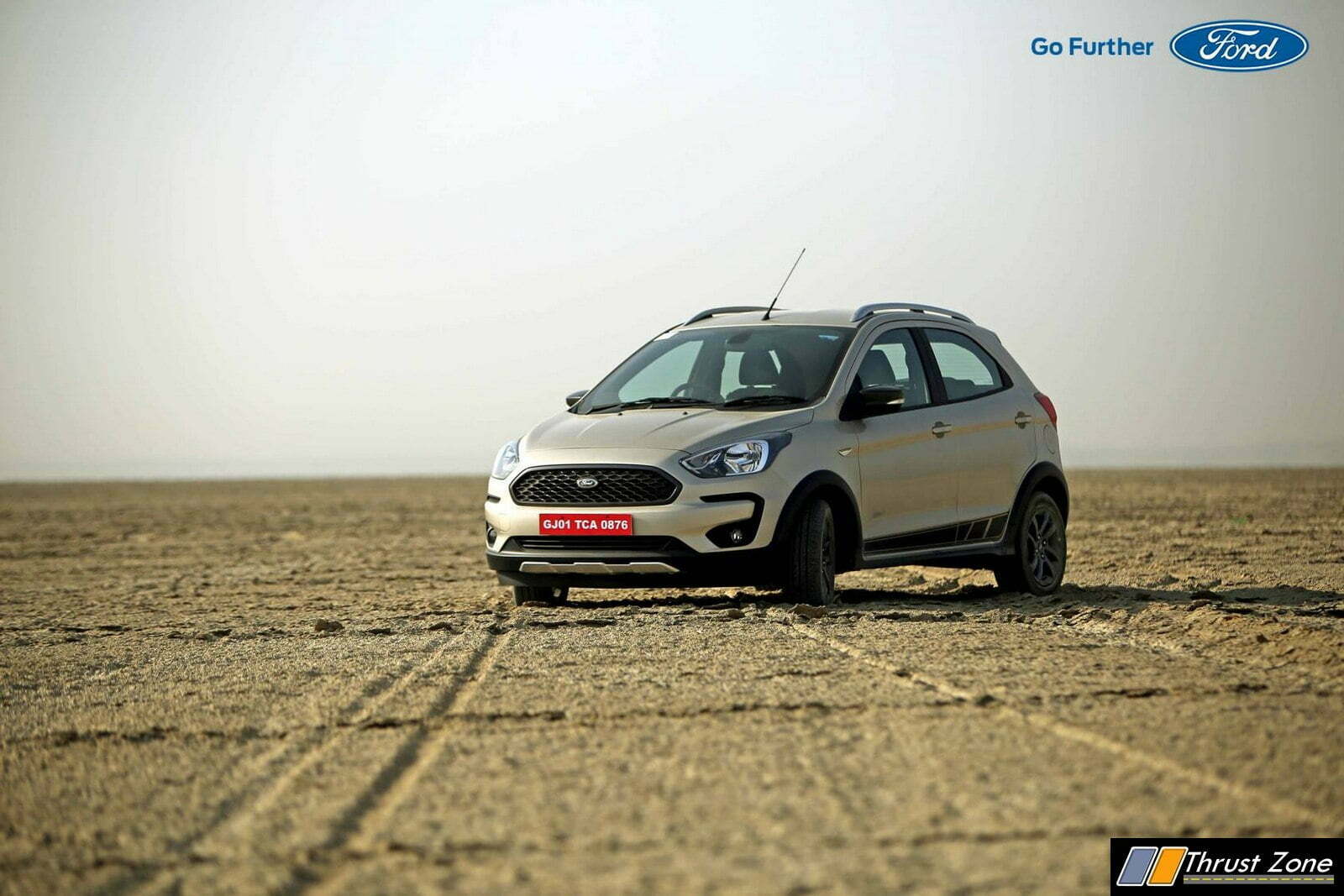 2018 Ford FreeStyle Petrol Review: New motor tune and a brand new gearbox makes the Freestyle fresh enough to be noticed by customers. We tell you how

Despite the all mighty Ecosport in its fleet of SUVs, Ford is trying to conquer more grounds and provide more off-road orientated vehicles to the Indian market. The Endeavour is on the top of the food chain and then the Ecosport make sure it has the pedigree to make hatchback on stilts. We think this is the reason why the Freestyle has made it to the Indian market. The manufacturer is rolling out the much talked about Figo Cross, which was its name in the pre-production era. Showcased just before the Auto Expo 2018 only from the outside and not the inside, the manufacturer has finally given us to drive the Freestyle before launch. Let us quickly tell you how is it like to drive and what is on offer. 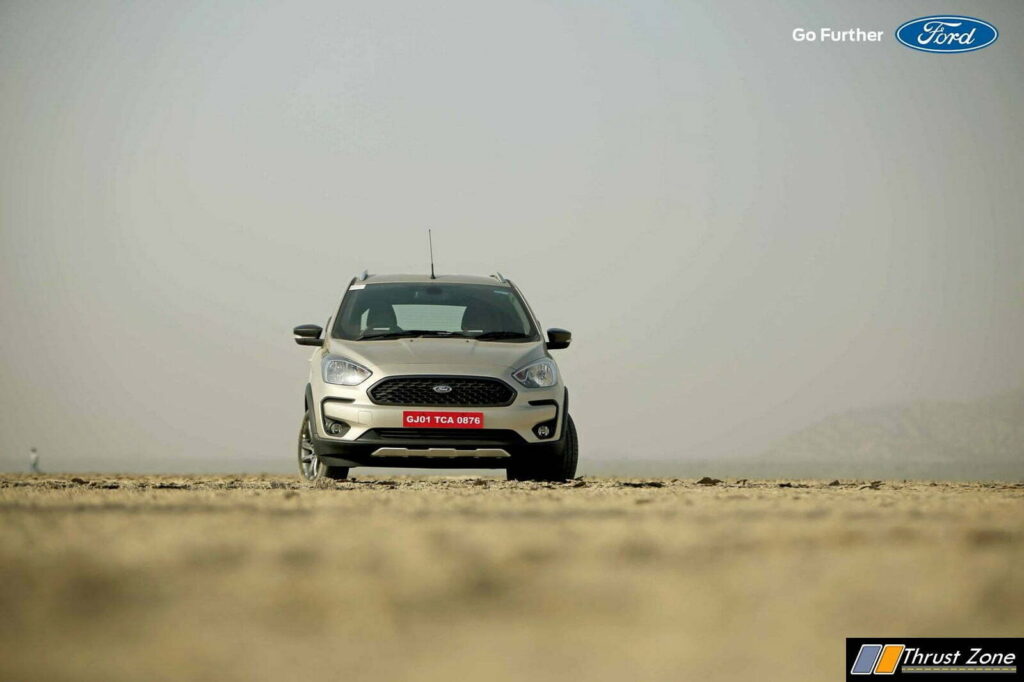 Exterior changes include new cladding all around the car, but it is a minimalist affair rather than in your face. The bumper is new with boomerang alike design around the foglamps. The Grille is blacked out and there are smoked headlamp and tail-lamp on offer. There are roof rails and black alloy wheel as changes on offer. Inside, the cabin is back with a dark color dashboard. It clearly reminds of the day when the first Ford Figo came out of the Ford factory. 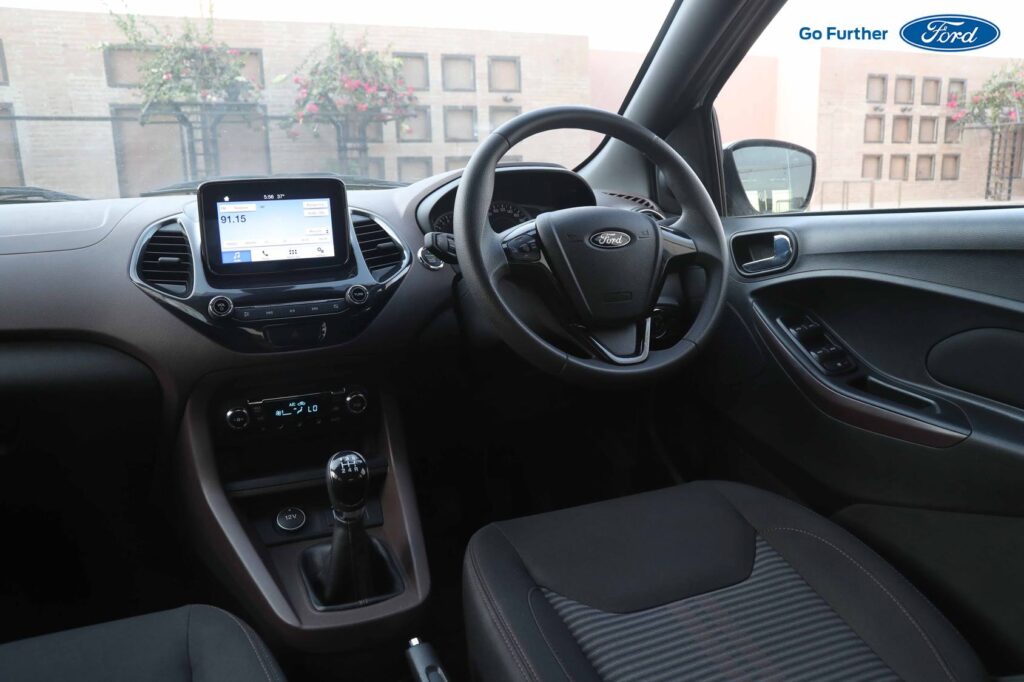 The highlight this time is the SYNC 3 equipped touchscreen which is the best system in its class and above. The system comes with all connectivity option including Andriod Auto and Apple Car Play. There is a tonne of storage in the cabin making is extremely practical on a daily basis. Space in the back and boot continues to be the same as the Figo which means it is on par with its rivals in terms of legroom, headroom and shoulder room along with boot space which stands at 320 litres. Cabin quality continues to be not so great and the appeal is on the lower side. 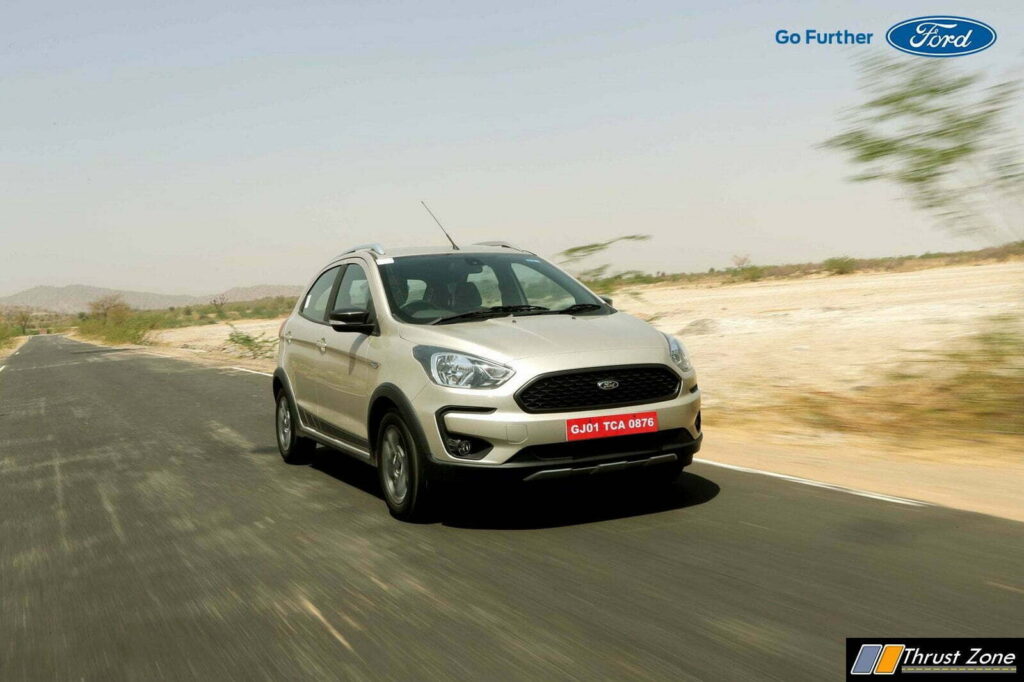 We quickly drove the new 1.2-litre petrol motor with 95 PS and 120 Nm of torque. Numbers are very impressive on paper and do well against its rival. The Dragon series 3-cylinder motor is great on refinement. The overall performance is much peppier than the Ecosport despite lower spec because the Figo is much lighter and doesn’t possess the same high on build quality steel used on the Ecosport. 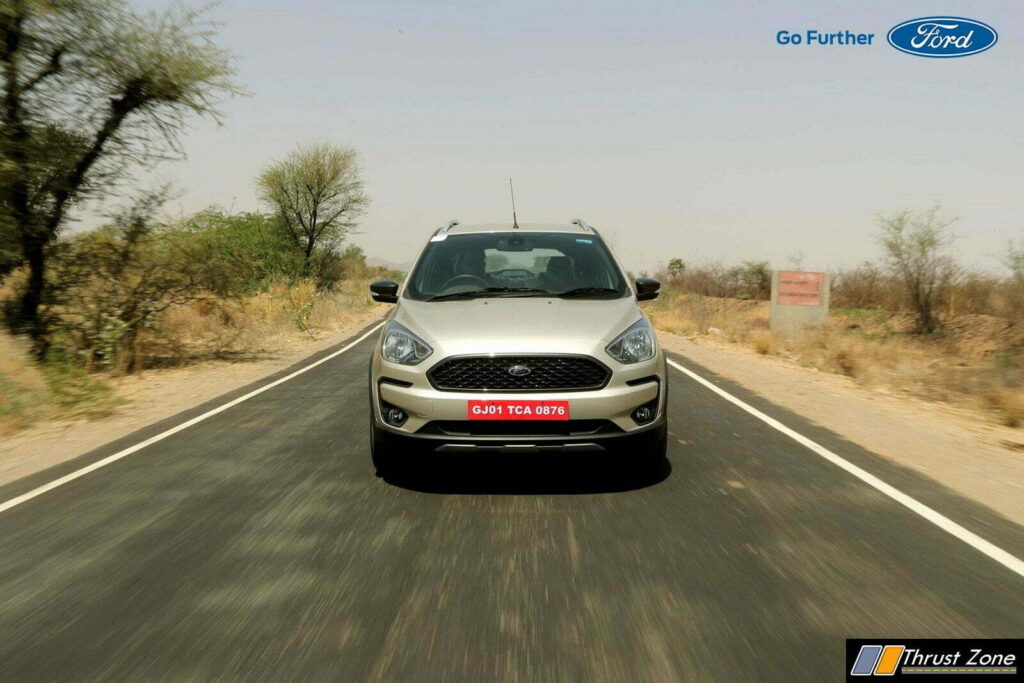 However, the engine is still not on par with the enthusiast as we are used to the Japanese engines which are far more superior in Honda and Maruti for example. The gearbox is the best part as the finally notchy and ‘mind of its own’ gearbox has been replaced with a much more clinical that actually works and is great for enthusiastic and slow shifting at the same time. Clutch is mildly heavier but it is still considered in the ‘light’ section. Low-end torque is good but the mid-range and top-end continues to be not so punchy but continues to pull slowly to its limit. Ford says it will give 19 km/l that is claimed and tested by ARAI. 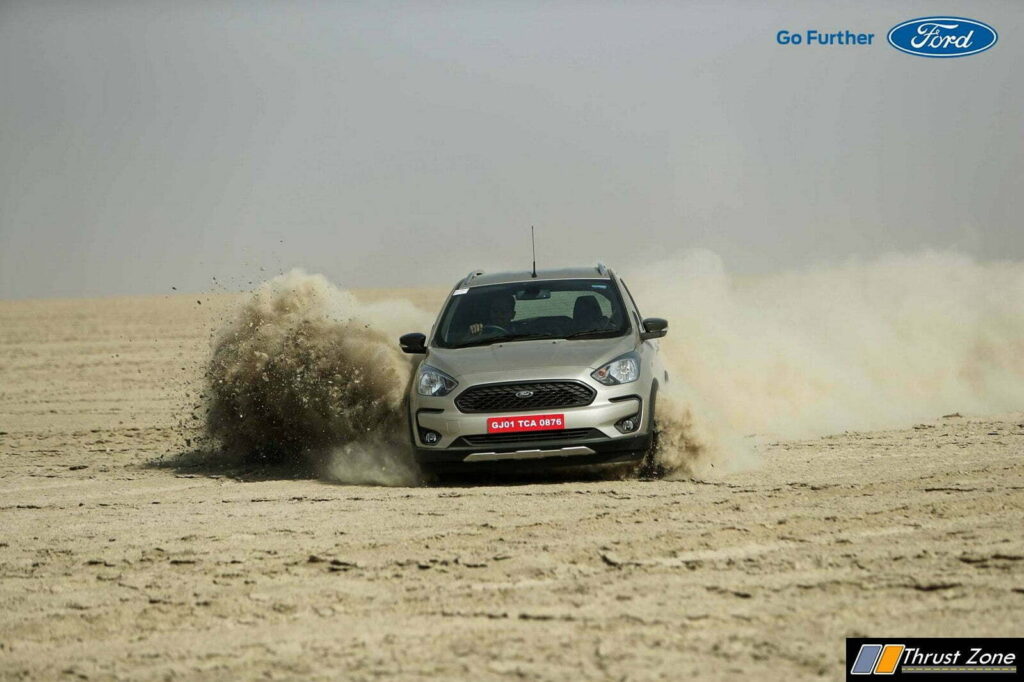 Riding dynamics have changed a bit which means ride quality is even better than before (When compared to the normal version, not S variant) thanks to the 190mm of ground clearance. The ride and handling continue to be really good with precise steering and feedback, which could have been better though. Braking was good, but the tyres also remain a doubtful affair as how will they cope up with harsh roads and pushing it really hard through the corners. Ford continues to cut cost in this area again and again because enthusiast know that tyre change is apparent and rest of the masses rarely give it a second thought. 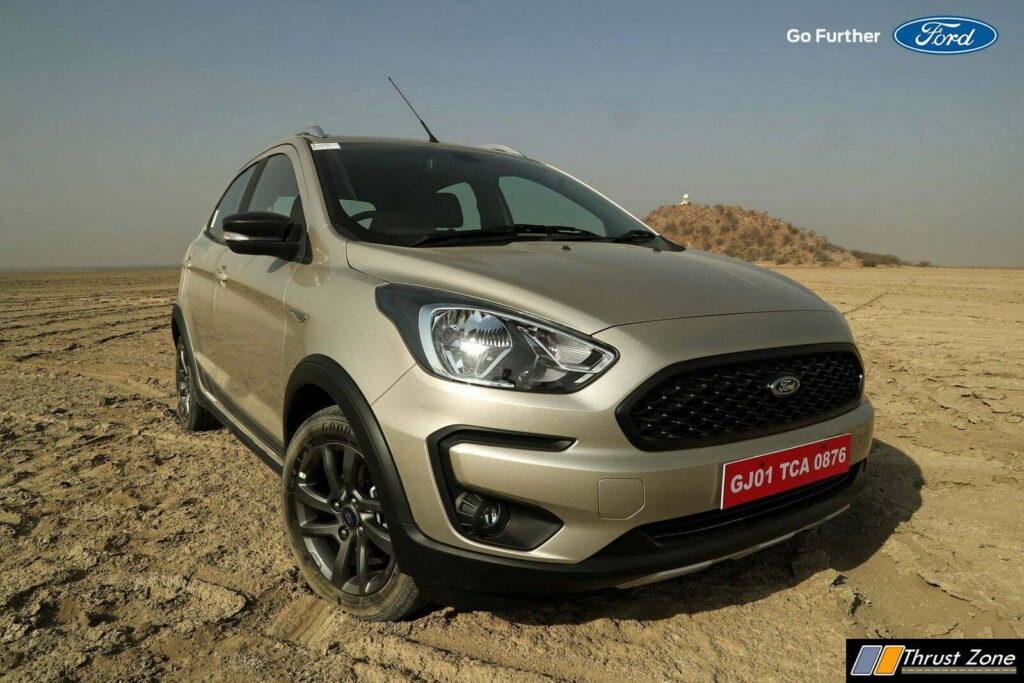 As everyone keeps saying the same thing, we also agree and want to say the same. Ford is entering in a segment where no one is able to crack it in the first place. Hyundai, Volkswagen and Fiat tried their best but that didn’t work out for them. Despite having a strong sub four meter SUV, Ford is going ahead with the FreeStyle and could be doing this to show that they are good at this.

Certainly, FreeStyle is a good vehicle in the way it is built and the underlying platform of Figo makes it quite interesting with all points addressed of the past which includes the infotainment system solved. However, quality continues to be average. Overall, how does it do? It does well, we leave it to the audience to react on the same. Our verdict for the FreeStyle is clear, it is the best in the segment where nobody exists in the first place.