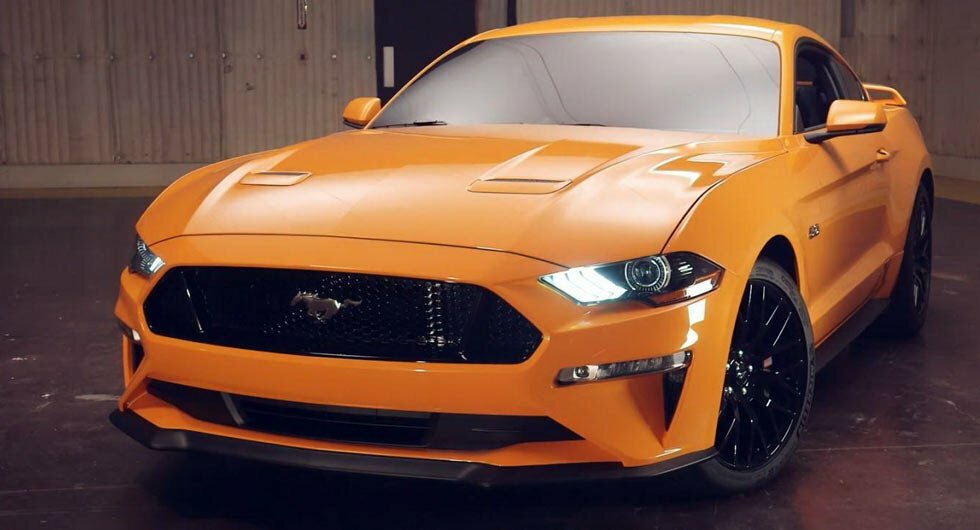 Ford Mustang Facelift Details are out in the open, Ford will bring the car to India late next year as the 2017 model is already doing well

The Ford Mustang, an iconic muscle car from Ford, has introduced its facelifted version at the 2016 Geneva Motor Show. A trusted source has revealed that the facelifted version will be more powerful and aerodynamic than its predecessor. The cosmetic updates on this car are the new fascia and fenders, a new design 19’’ alloy wheels, and the C-shaped tail lights. Along with the existing colours, there are 3 new colour options which are Royal Crimson, Lightning blue and Orange Fury.

As per the information, the new car will come with a new 5.0L Coyote V8 which has been tuned for more power and torque. There has also been rumours of the 2.3L EcoBoost engine for more fuel efficiency. As per the leaked information, the 2.3L EcoBoost engine produces 316HP whereas the V8 produces 416HP. The engine is mated to Ford’s all new 10-speed automatic transmission that the company claims has improved shift-time than the predecessor. There is an option for a six-speed manual but may not come for the Indian market

The interior has also got major upgrades. The new version will get an optional digital instrument cluster with different styles for different drive modes. The driving modes also get individual setting that the driver can set on the go. Ford’s Infotainment system, also known as SYNC, now gets support for Apple Play and Android Auto.

Under the skin, Ford has improved the ride quality by upgrading the shock absorbers, fitting a new cross-axis joint and by tweaking the stabiliser bars, all of which are claimed to improve handling. There is also an optional Mustang performance kit that comes with Magneride suspension as on the American-only GT350R
As the present car received a two-star Euro NCAP rating, the upcoming Mustang is equipped with pre-collision warning system and pedestrian detection system, along with ABS, EBD and airbags. The price is not yet decided, but we can expect a price of Rs. 80,00,000. But for the price, the car is completely worth it.