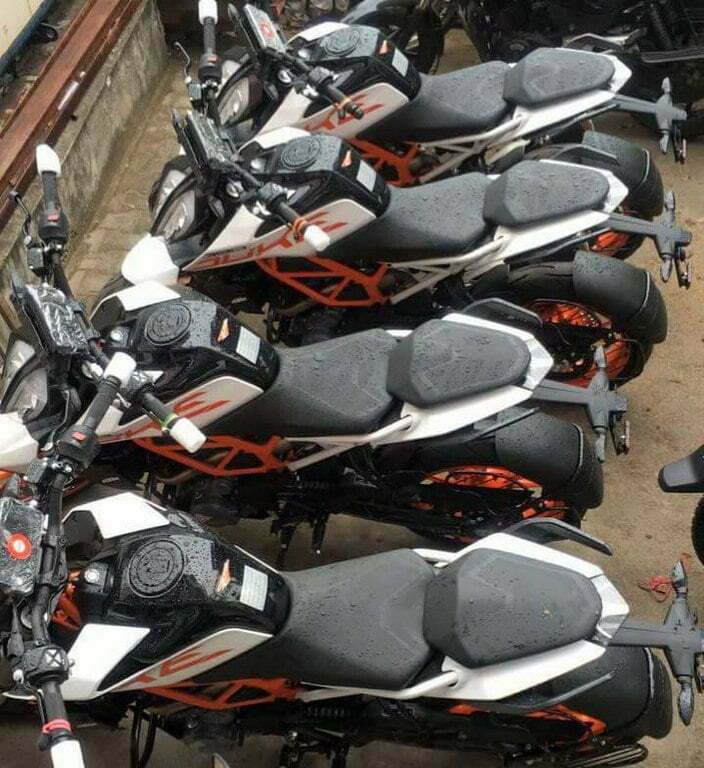 2018 KTM Duke 390 Revealed in white color with minor changes which fixes the minor issues. White color is back and is limited edition in most areas

The 2016 390 Duke has always been the go-to choice for many enthusiasts in the country. Its unconventional looks, upright ergonomics, light and nimble handling and it’s torquey engine blew everyone away. But it wasn’t without its flaws. The hyper engine was prone to overheat, the quality of plastics wasn’t up to the mark, and there were some electrical issues too and how can we forget the infamous alloy-cracking issue. KTM gave it a mid-life update in 2016 and launched a thoroughly new 2017 version of the bike in the previous year.

The 2017 Duke was all new, new frame, reworked engine, new electronics and new bodywork too. This time the deal just got a lot sweeter. The new bodywork resembled the mighty 1290 Super Duke. The split headlamp and edgy design recreated the aura the old Duke did back in 2013. The bike was equipped with a TFT dash; something we never thought would make its way on an entry-level machine. It became a more balanced machine. Pottering around the town was a lot easier and “cooler” thanks to its revised engine. It became enjoyable on long rides and hoot on the twisty back-roads.

KTM sure had a winner on their hands all over again. However, owners started complaining of the headlamp setup being had an issue or two. The headlight was known to switch-off itself automatically while riding. The software for the dash too was facing problems. KTM India knew these issues had to be sorted. An interesting trivia is also that the 2017 Duke 390 was only available in orange for India, while Europe and the States had the option of an orange or a white paint scheme. Now it happened that a mistake in the dispatch of the bikes from the manufacturing plant to the dealers gave some buyers an opportunity to buy the export version of the Duke in white colour.

But for 2018, KTM India has sorted out all niggles and the revised baby Duke is officially available for sale. Now the refreshed 2018 KTM Duke 390 is available in white paint scheme too. The minor updates include updated software which allows for better connectivity in the ‘My Ride’ feature. The headlight issue too has been solved. 2018 KTM Duke 390 also gets a plate near the exhaust header to help prevent the rider’s legs from heating. The radiator fan has also been tweaked for better cooling. The mechanical bits are identical to the 2017 version. Doing duty in the 2018 KTM Duke 390 is the same 373cc single-cylinder motor paired with a 6-speed gearbox, good for 43.5 PS of power at 9000 rpm and peak torque of 37 Nm at 7000 rpm.

Green Number Plates For Electric Vehicles – EV Will Be Exempted From Many Costs!

Triumph GuruGram Dealership Is The Largest And Will Offer Bespoke Experience