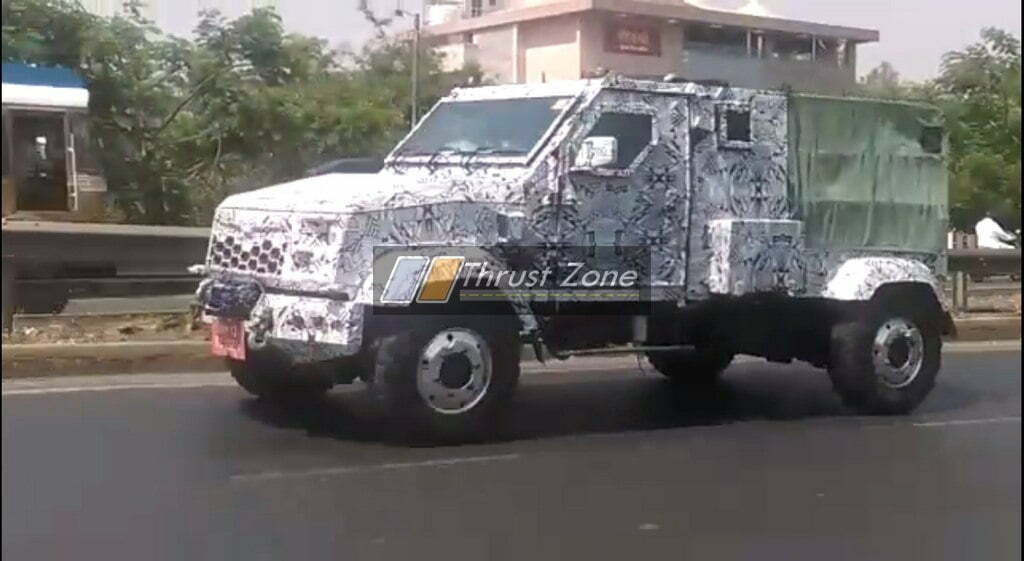 Mahindra Marksman Spied Testing seen here can be all new vehicle which will far more protection, usability and crucially, a new BSIV engine

If you stay in Mumbai and don’t just stay in office or at home all day long and roam around, you probably know what this vehicle is all about. A vehicle which is present in all key areas of the Mumbai right from North to South Mumbai. The vehicle is in areas such as, malls and other places to protect the public in an even of a deadly attack as the vehicle is the best representation of armored fort on four wheels in the urban perspective. The Mahindra Marksman was created in the year 2009 and ever since it has been on active duty. The vehicle as we know, will reach 9 years in service and Mahindra and the government probably think its time to improve it even more than before. Marksman is also used for the Chilean police and special forces is the only organization post Mumbai police to use the same.

Mahindra Marksman was India’s first armored capsule-based light bulletproof vehicle to provide protection against small arms fire and grenade attacks in particular. The Mumbai Police’s Force One is the first police force in India to be equipped with the Marksman. Today, a new generation of the same has been spied testing on the streets of Pune and our readers have sent us these pictures. The shape and size can be seen slightly altered as it is set to become more spacious than before. Changes to vehicle over the previous version include a more streamlined designed, a single windscreen, a flatter bonnet, a new front-end and rear is completely different.

The Marksman had Seven crew firing ports and could withstand three direct hits of 7.62×51mm NATO Ball M80, 7.62×39mm Ball PS and 5.56×45mm Ball M 193 at a distance of 10 meters if done at 90° angle attack. A machine gun mount with 270° traverse and search light mounted on top of the vehicle, Rear view camera and a TV screen for the driver and co driver to see the dead zone behind are the things available with the current vehicle. The vehicle can seat 6 (2 driver, co–driver) + 4 rear personals.

The Marksman will most likely to use the same 2.5L CRDE engine which is BS3 compliant for now and this time it will be an BSIV motor, if the rules apply to defence vehicles as well as per the government laws. The motor produced With 105 bhp of power at 3800 RPM and 228 Nm of torque between 1800-2200 RPM. The engine is said to haul 3200 kg (2600 kg unladen + 600 kg of payload) vehicle. The vehicle comes mated to an 5-speed manual gearbox. Power is sent to all 4 wheels. 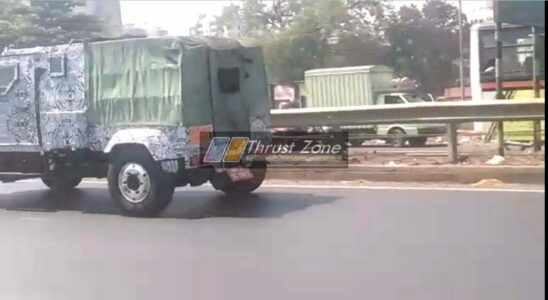 Essentials such as power steering and air conditioning are available as an option. The vehicle comes with alloy wheels as standard. The Marksman can hit a top speed of 120 km/h too. We can expect announcement soon from Mahindra on the same and the new vehicle should come by the year 2018. Bad guys, be aware there is going to be new Marksman in town (Pun intended)