BMW G310R launch delayed, but the company is said to launch its other product which is the 800cc and above class of motorcycles

The much awaited BMW G310R had made its debut at the EICMA 2015. The bike is said to be jointly developed by TVS and BMW Motorrad. This entry level performance bike was likely to be released in March or mid April 2017. However the G310R will not be arriving until later this year and BMW will only launch products above the 800-cc from their overall line up. The BMW G310R will be produced at TVS Motor Company’s manufacturing facility in Bengaluru.

The company is officially expected to announce its arrival in India shortly. Starting with the big ones BMW Motorrad is said to reveal sumptuous range of motorcycles like the S 1000 RR, S 1000 R, Rnine T and derivatives, R 1200 GS and variants and all the K models. The bikes will be making it to the country via the CBU route which will obviously help the buyers to expect a strong after sales and service support.

The F800 range, F700 range, the entire BMW Motorrad ‘c’ Scooter range and the G310 R will not be launched in mid April. Prices for all the bikes entering the Indian market are said to be very competitive as BMW plans to compete with its international rivals such as Triumph and Ducati which are already doing quite good in Indian market. BMW is also working on the adventure spec version of the G310 R, called the G310 GS, which has already been spotted testing. 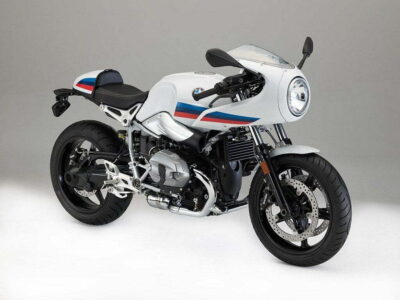 BMW could bring the G310 series by late 2017 or at max (worse and late) by early 2018. There were already rumors doing that the BMW G310R won’t come before October-November 2017. The G310R are the single-cylinder motorcycles that is set to give tough times to the likes of KTM and Bajaj motorcycles that are taking the sports motorcycle category by storm. They just announced even more plans which are detailed in the link below.