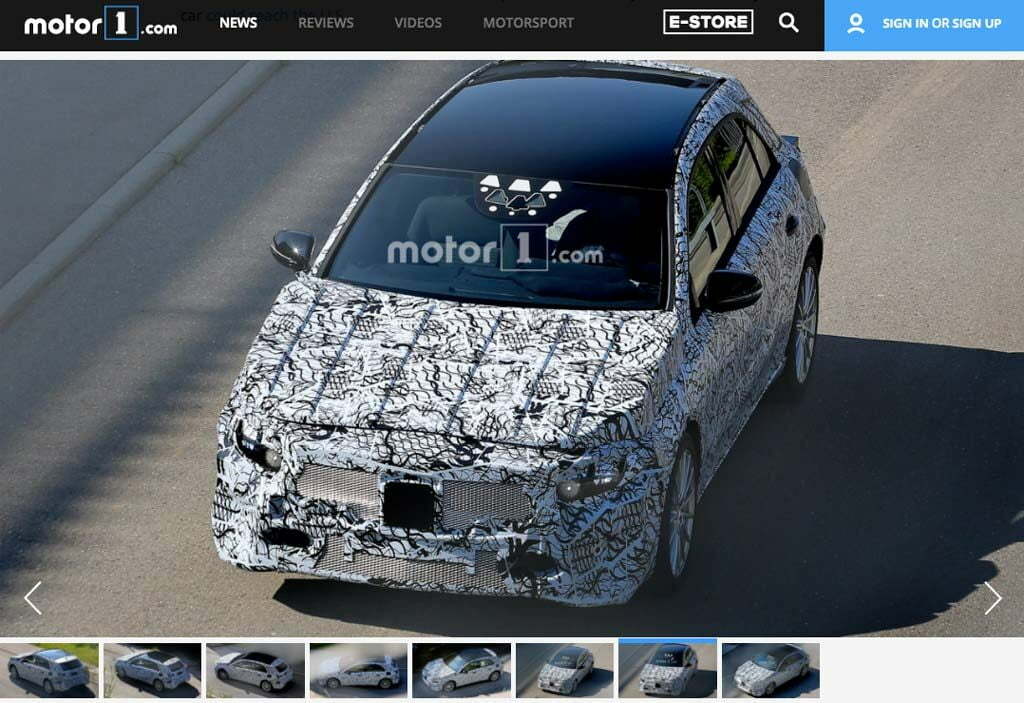 Next Generation Mercedes-Benz A-Class seems to have a more conventional design for hatchback, chances of loosing sex appeal in favor of practicality

Mercedes-Benz seems to be everywhere and at every place at the same time. Right from launching products every month to their products being spied that are supposed to be launched are in sight all the time. New products are on their way as always as the tenure for products becomes smaller and smaller every fiscal. Mercedes has focused on small luxury premium cars and hence made a new front-wheel drive platform. The most popular car on the same platform is the hatchback A-Class. After being launched and refreshed recently with a facelift, the new model has been spied testing, which will be all new in terms of design but mechanically is set to be quite similar.

The Design seems to have become more practical with a higher roofline, lower window line and squarish body. New bonnet and bumper at the front is also visible. We expect S-Class inspired interiors and a lot better interior and quality than before to woo audiences completely. Mechanically, it would stay the same front-wheel drive while some markets would get four-wheel drive options, which would also come withe AMG variant.

A 2.0 litre diesel engine paired with the new 9-speed gearbox would make it to the engine bay in India and internationally. Foreign markets would also get the 1.6 diesel and petrol engines from the Renault-Nissan alliance. Engine would make around 130-140 BHP of power and 320-340 Nm of torque for the diesel . Expect it to be lighter, quicker and more economical in every way. Expect launch of the car in late 2017 or early 2018 and India launch would happen in late 2018. A-Class will go against the likes of BMW 1-Series and Audi A3 hatchback and 2017 Volvo V40.