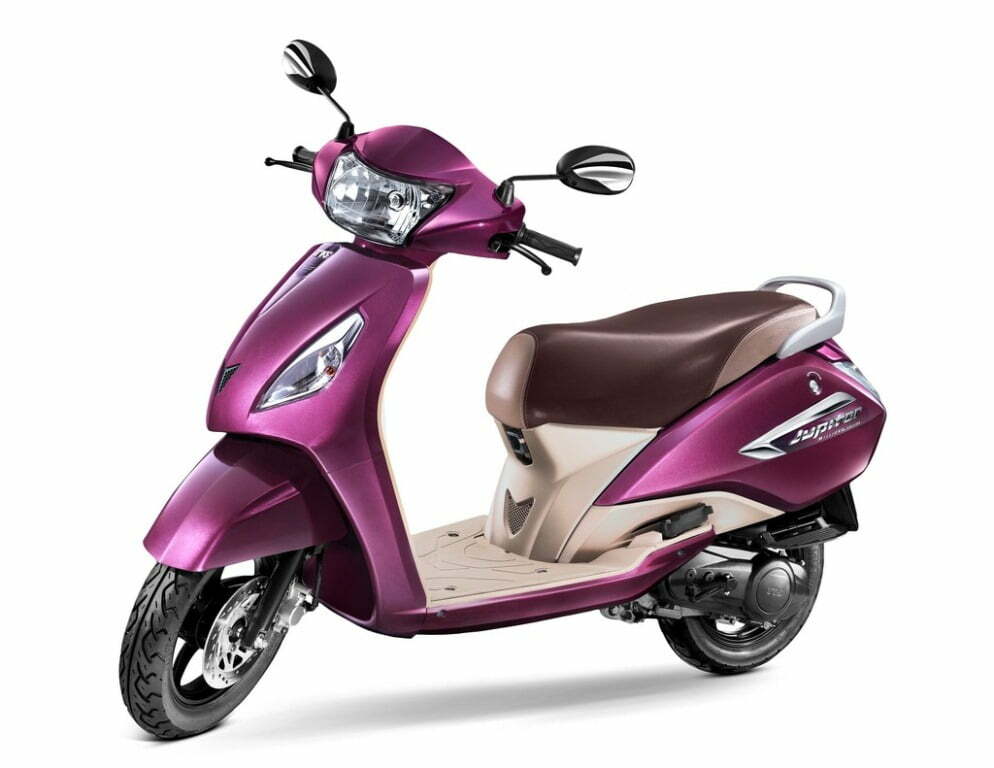 TVS Jupiter needs no introduction, every since its launch it has been in the lime light as it seen on the internet, magazines and a lot of it on the roads. The scooter is a run away success, which shows how hard team Jupiter worked upon to make it high volume and high quality product. TVS has been launching and celebrating various occasions with the Jupiter and today is no different, the brand has just launched the TVS Jupiter MillionR Special Edition that is reaching dealerships as you read and i write this.

TVS, as always has done thoughtful and careful changes on the MillionR Jupiter to make it stand out. The cosmetic things include a new purple color, a chrome-3D Jupiter logo on the side, beige floor board and plastics all around, dual tone colored seats and a ‘MillionR Edition’ badge on the front and side of the Jupiter panels. Additional chrome detailing can be been, that has been provided on the side panels and mirrors of this special edition. Overall, careful changes make sure the scooter grabs attention and doesn’t look tacky at the same time. The method was used previously as well when TVS introduced two new color which also had similar, not identical idea to create a special edition.

The TVS Jupiter MillionR edition continues to be equipped with the same engine. The 110cc single-cylinder motor makes 8 BHP of power and 8 Nm of torque and mated to a CVT automatic gearbox that puts the power to the ground. Prices for the scooter remain the same, however, this special edition model accounts for Rs 2,000 more which looks like quite a deal to us. Now the only thing TVS needs to do is come up with a 125cc variant of this popular scooter!