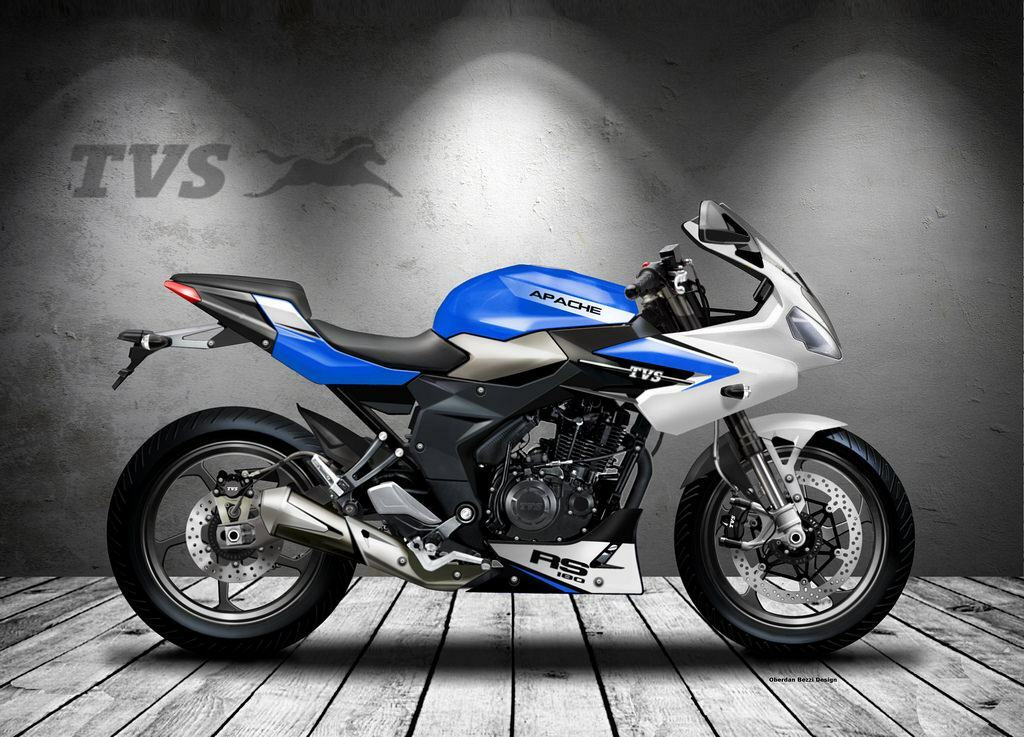 TVS Motor Company has being doing quite well with its Apache series ever since the bike’s birth. The company first launched the 150cc Apache followed by the RTR 160 and the RTR 180 models. The latest addition to the Apache family was the RTR 200 launched in January last year. Recently TVS has come up with a set of new concept sketches on paper of the new Apache which are based on its previous model the RTR 180.

The sketches have been done by the famous Italian automotive sketch artist Oberdan Bezzi. Talking about the design the Apache 180 RS concept has been designed with a semi fairing which gives the bike quite a sporty look with white and blue racing paint scheme as for now. The concept bike also carries the belly pan engine guard, sporty alloys, a bigger ventilated disc front and rear, ABS and now comes with split step up seats which enhances the looks of the Apache RTR 180 RS concept. 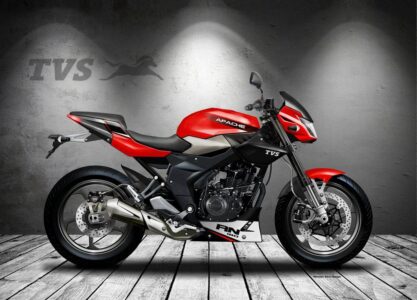 The rear end of the motorcycle gets a stumpy exhaust set up and the engine in this concept model is based on its predecessor the standard Apache RTR 180 producing 17 bhp of power and 15.5 Nm of torque. The Apache RN which is the naked version has been designed in red with sporty RN graphics on the engine guard giving the bike a ripped look.

The Apache RSR looks the best amongst these sketches with full fairing on it and painted in bright yellow ready to take on the track. TVS Motor Company has been doing quite good in the Indian market since years and is planning to grow bigger with their upcoming new sporty products which are currently on paper and just design sketches. 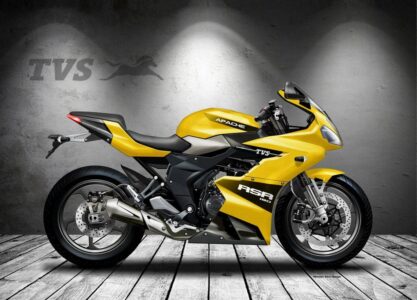