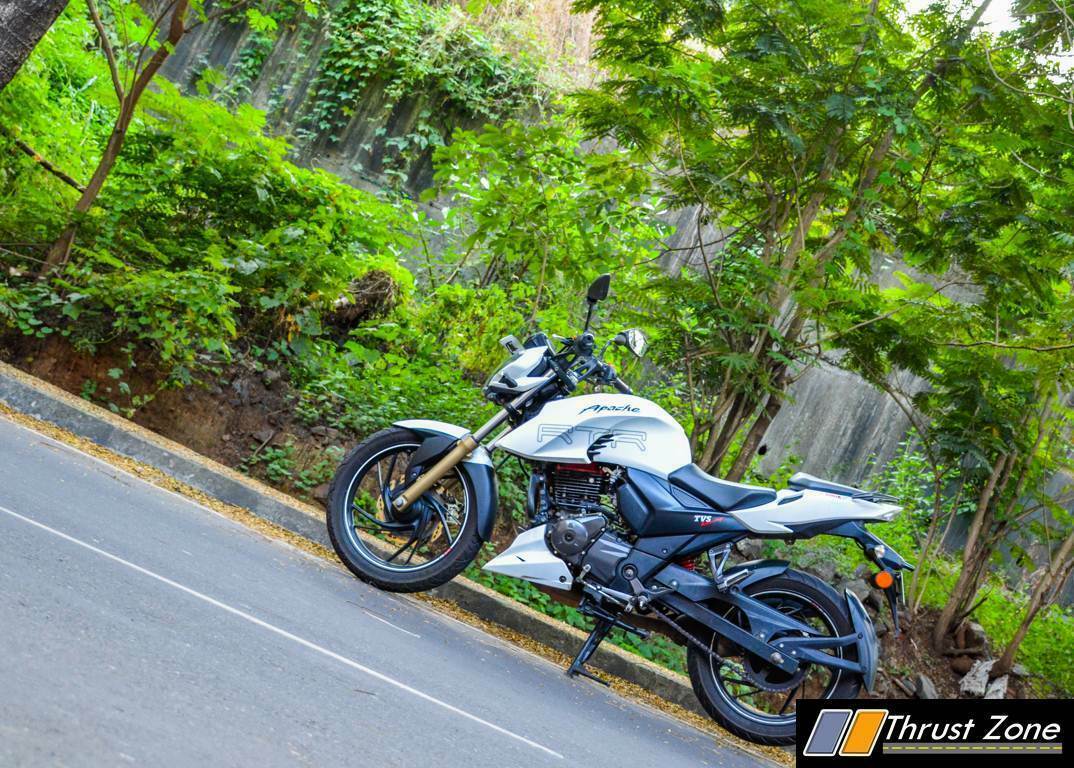 The Apache RTR 200 has been in the market since quite some time now. The motorcycle has stiff competition waiting for it outside as the quarter litre segment is booming all of a sudden. To make sure it stays fresh and complies with a array of norms coming in, the Apache RTR 200 carburetor version has been made compliant in every way. While most of the motorcycle stays the same, we still have details for you to look out for things in the 2017 Apache 200 model.

Dual cradle frame with fatter telescopic forks at the front and a new monoshock which is an adjustable unit makes it to the motorcycle. The brakes are petal discs at both end and ABS is still missing. Pirelli tyres are now being offered with the motorcycles as an option.

Launched in March 2017, the price for the carburetor version is Rs. 97,800 according to showroom officials in Mumbai.

The motor is now BSIV complaint and continues to make 20.5 PS of power and 18.1 Nm of torque from its engine. The 4-valve oil-cooled motor is very good on refinement and has adequate power making commutes fun on a daily basis. The engine comes mated to an 5-speed gearbox. The motorcycle does 0-60 km/hr in 3.9 seconds and the top speed for carburetor version is a healthy 127 km/hr. 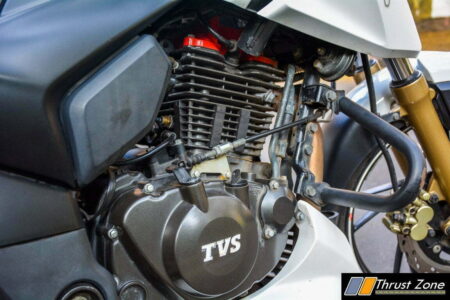 ABS is still missing for now, should be introduced shortly. You get a lap time, digital speedo and tachometer clock, trip meters and odometer along with service and battery warning indicator along with the usual tell-tale lights. The switchgear has the AHO feature which means the headlight switch has been removed.