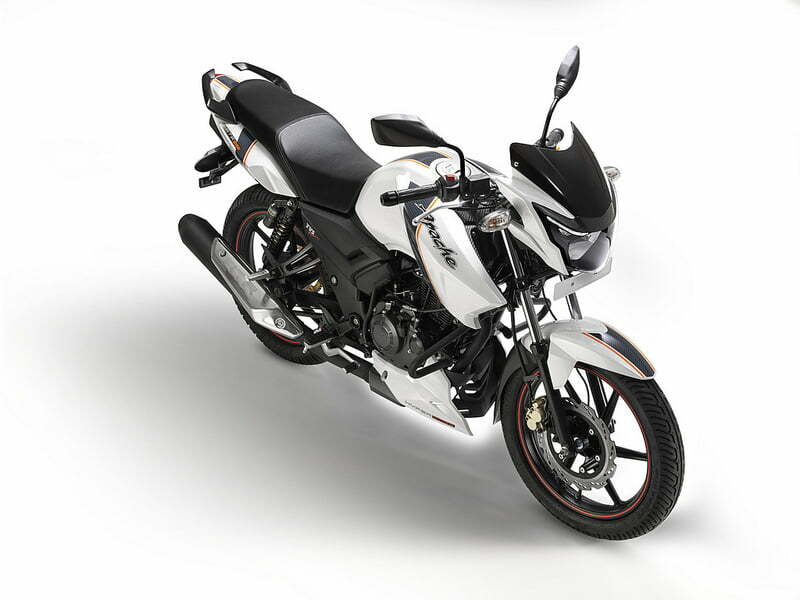 2017 Apache RTR 160 and RTR 180 with BSIV complaint engines launched to keep up with the new regulations that Apply from April 2017.

The RTR 160 2017 model continues to get its power from the same engine used in the previous model which is a 159.7 cc single cylinder engine. The engine churns out a max power of 15.2 bhp and a peak torque of 13.3 Nm. The engine comes mated with a 5-speed manual gearbox. The motorcycle is offered in White, Black, Grey, Red and matt blue paint schemes. RTR 160 comes with features like Electric Start, Digital Speedometer, Engine Cowl, LCD Speedo Console, Split grab rails, Top Speed Recorder and 3-Step Adjustable Clip-ons. 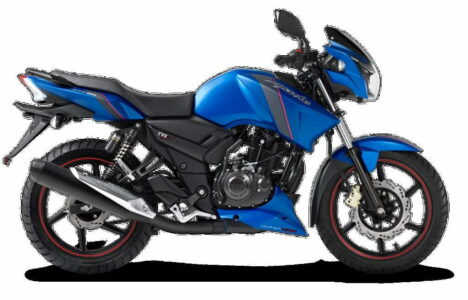 The Motorcycle is a carbon copy of its younger sibling the Apache RTR 160. RTR 180 comes with stylish revamped headlight and front cowl, pilot lamps combined with the day time running lights which turn on with the ignition. The front of the bike comes with racing featured graphics on the fender which adds to its sportiness with racing stripes on its black coloured alloy wheels. Along with the RTR series TVS Motor Company has updated the entire portfolio to meet the new BSIV emission norms given by the Indian Government.