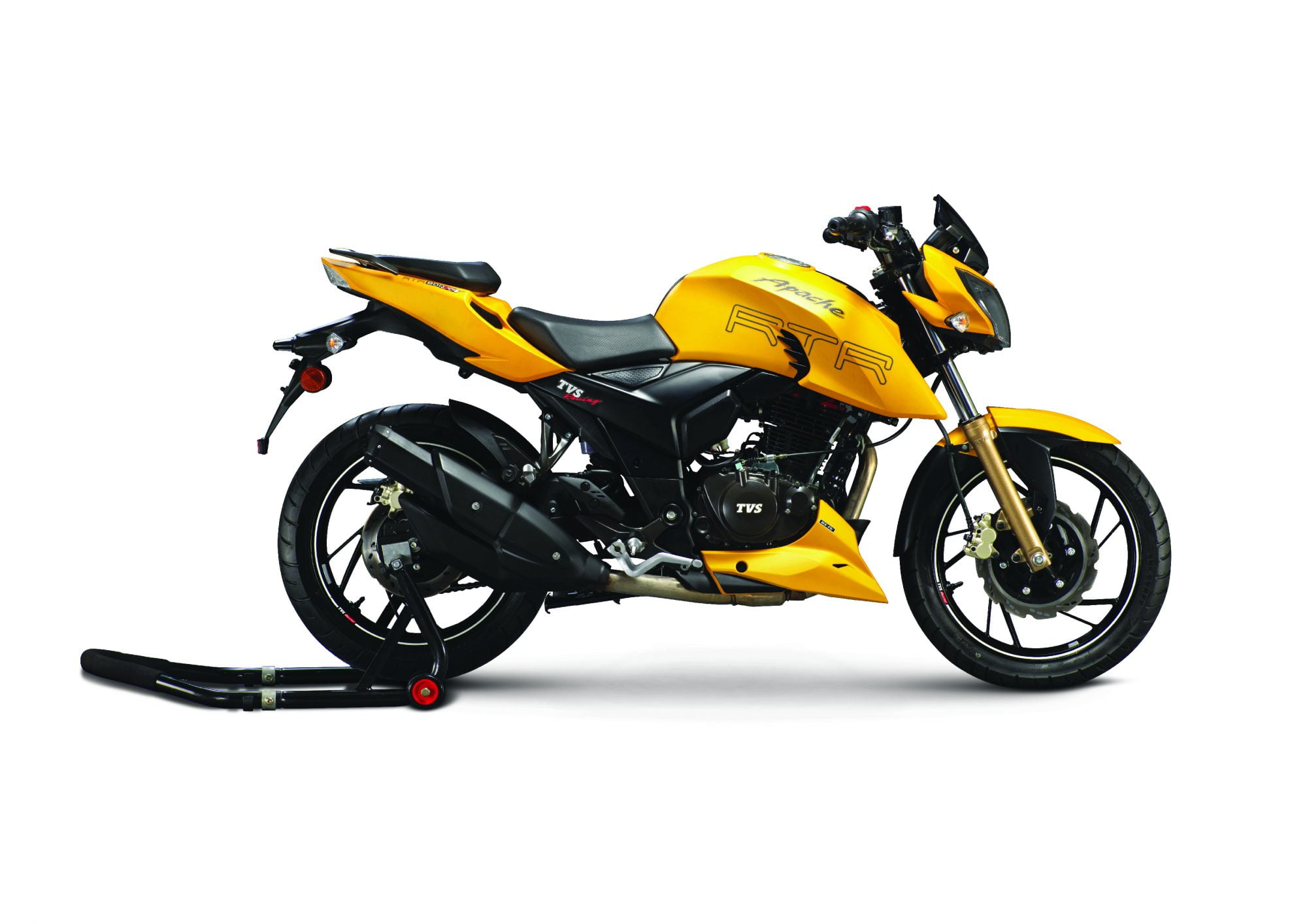 Apache RTR 200 FI is coming a bit late, almost a year after the official launch as the competition is here from Yamaha

TVS is known to be a little late when it comes to offering their products in certain segments. The manufacturer came up last year with the RTR 200 and carburetor and FI and we rode both of them to tell you that the motorcycles are really good on the road and on the track. The carburetor was told with two different tyre options, while the FI wasn’t sold till today.

The motorcycle seems to be reaching the dealerships as we speak and they are available to be booked as we expect the deliveries to happen shortly as launched has been finally done. The reason of launching this late is because the fact that the competition was coming in late and TVS needed phase two to keep the RTR 200 fresh in the market. Let’s have a look at the details we have about the Apache RTR 200 FI.

The Apache RTR 200 FI continues to look the same as it comes with a very well designed headlight, a large fuel tank cowl, the broad tail-piece with split seats and grab rails. The colors are going to make a major change when it comes to highlighting the carburetor version from the Fi variant. The dimensions are identical to the RTR 200.

The chassis is the same as it is the dual cradle frame with fat front telescopic forks and monoshock at the rear which is adjustable. There are two tyre options to choose from which includes TVS Remora and Pirelli Angel GT and Sport Demon combination. The brakes are disc at both ends. The front is 270mm unit and the rear is 230mm unit.

The launch is set to happen very soon as the prices will be revealed. We expect the prices to begin around the Rs. 1.10 lakh mark.

The engine as we know is the same as the carburetor version which makes 21 PS of power and 18 Nm of torque from its 4-valve, oil/air cooled engine. The motor is the best in the segment as it high on NVH and deficiency and performance is brisk as the throttle crisp. The engine comes mated to an 5-speed gearbox. Top speed is 129 km/hr and 0-60 kmhr comes in claimed 3.2 seconds.

No ABS for now. Features include lap timer, fully digital instrument cluster and various parameters and tell-tale lights are offered.