2018 Volkswagen Touareg India Launch Could Be Next Thing From VW – Revealed! 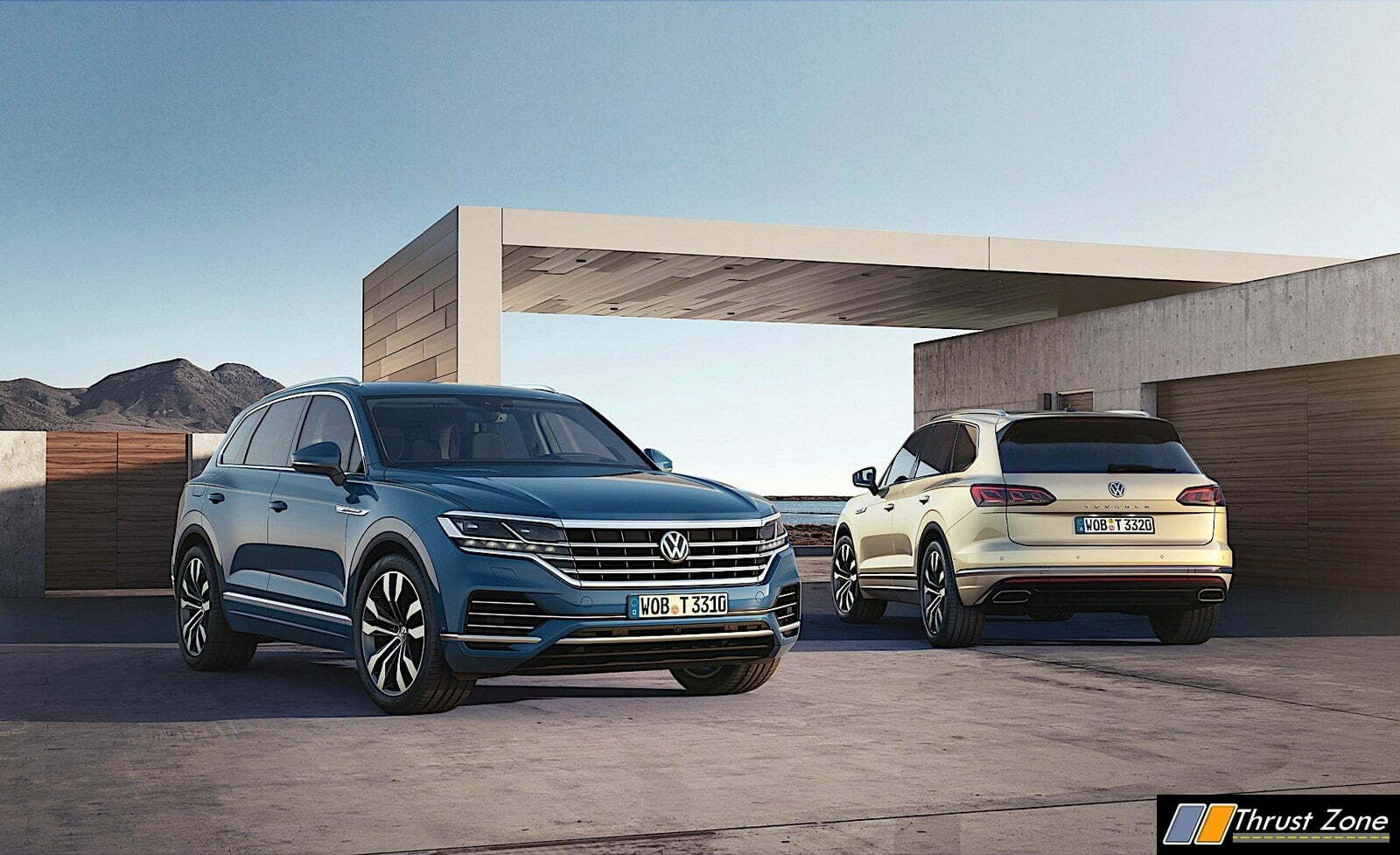 This or the Atlas For India? Volkswagen Touareg India entry could help VW could help mark their premium presence in the country as the new car looks fantastic!

Production ready Volkswagen Touareg has been revealed just before the China Motor Show begins as Volkswagen has come up with the all new third generation Touareg. The latest SUV will be built on the ‘MLB EVO’ platform which also constructs the Audi Q7 and Bentley Bentyaga, as well as upcoming Lamborghini Urus and Porsche Cayenne. The all new third generation Volkswagen Touareg wears a new front grille which integrates into the headlights and features three horizontal chrome accents.

The overall profile is lower and yet butcher than the outgoing Touareg and the body lines now are sculpted and more defined giving the SUV a whole new bold look. The SUV carries a classy chrome line running on all the sides of the car and wraps around the rear bumper. The rear now looks a lot sportier as it comes with a sophisticated spoiler and dual exhaust outlets finished in a trapezoid shape. On the top integrated roof rails can also be spied. The Touareg looks like a shorter version of the seven-seater Atlas. 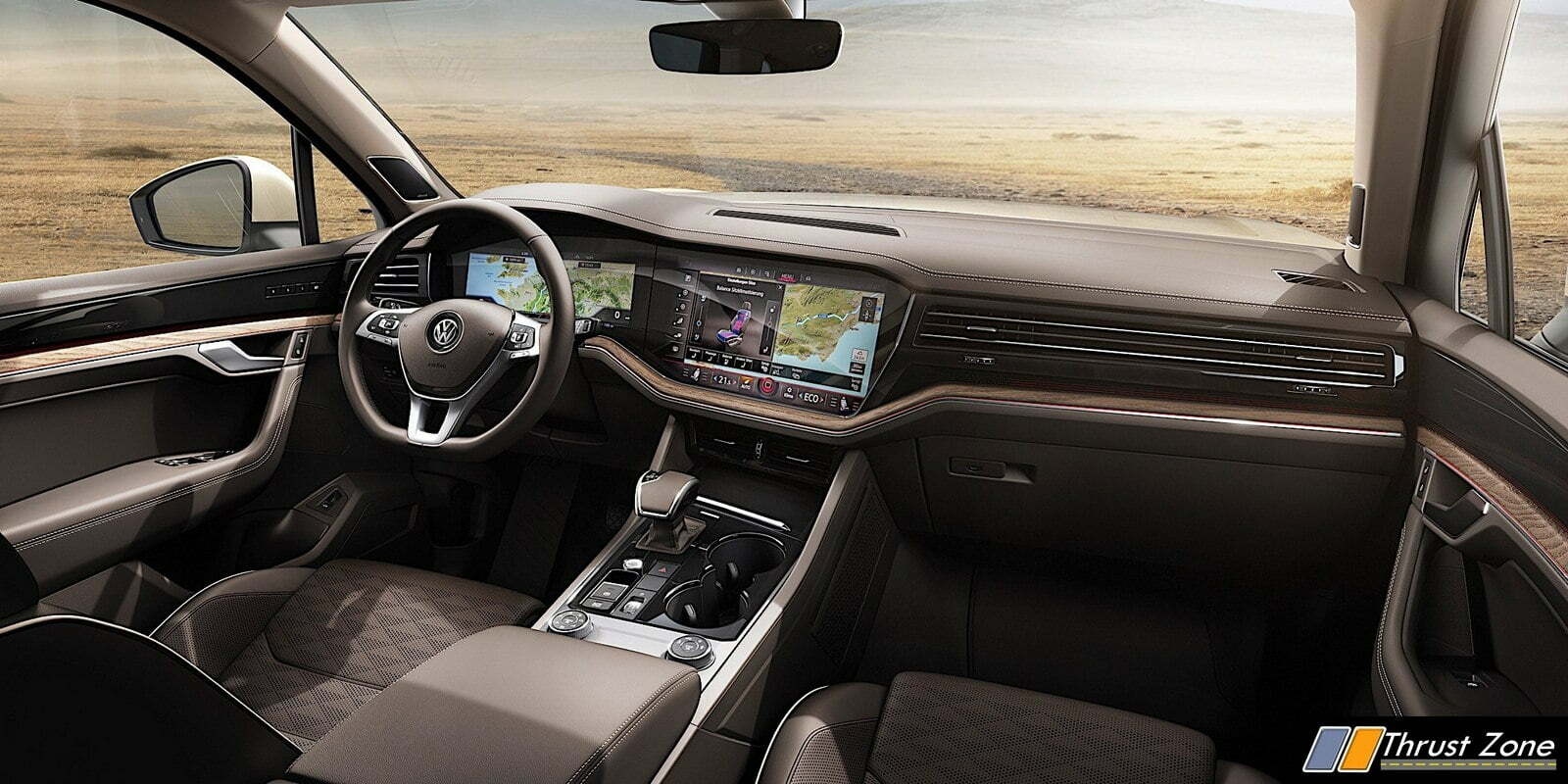 The 2018 Touareg borrows a lot from the T-Prime concept in terms of interiors and it looks fantastic. The control panel, instrument cluster and door panels receive more contemporary look. Despite the lower roof, the headroom will increase thanks to the slightly lower seating position. Legroom and shoulder room will also be enhanced especially in the rear compartment. The new SUV will also get a slightly larger trunk. 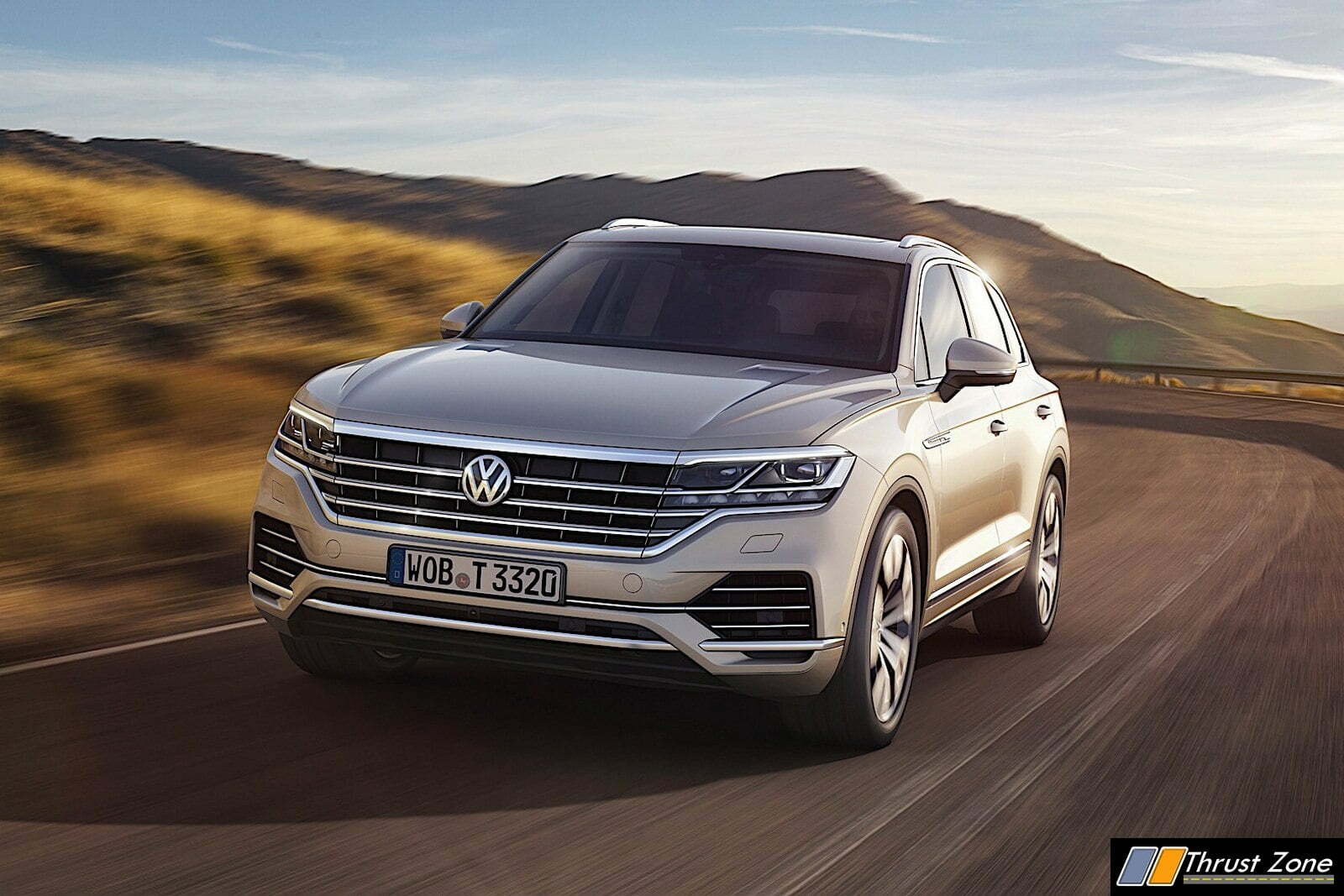 The new platform, redesigned body, new tech and revised powertrain will reflect in the SUV’s price sticker which is said to increase slightly in all markets. As expected the Touareg will make its debut later this year, and will go on sale in Europe as a 2018 model. Under the hood we can expect a range of four-cylinder and V6 engines with both petrol and diesel options.

We can also expect it to be a top-of-the-line plug in hybrid variant and the transmission duties will be carried out by the same standard 8-speed automatic gearbox. The 2018 Touareg will be competing against the like of the BMW X3, Audi Q5 and Mercedes GLE.

Two-Wheeler Insurance Is Important and Utmost Necessary – We Explain!