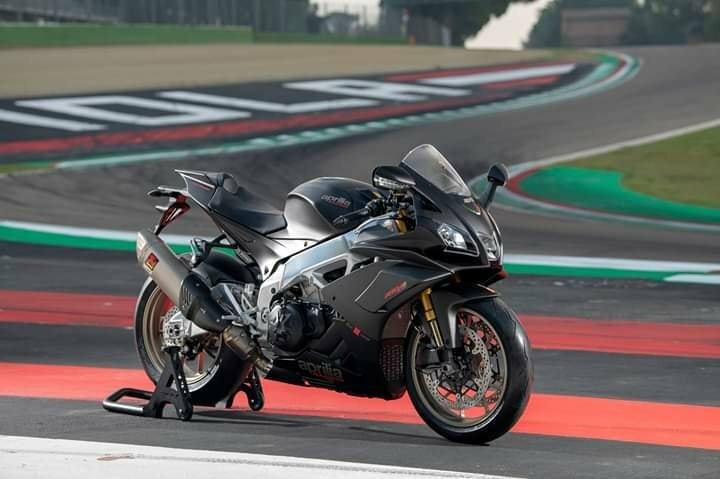 The Italian bike maker has upped the ante by enhancing the performance output of RSV4. The 65-degree V4 engine used in the newly revealed supersport features 1078 cc which is up by 78 cc, making the RSV4 comparable to Tuono 1100. This capacity enhancement was achieved as the bikemaker has increased the bore from 78 mm to 81 mm although the stroke has remained unchanged at 52.3mm.

Besides, the 2019 Aprilia RSV4 1100 engine has got larger valves, different cam profile, and a slew of other measures, all of which come together to produce now an output of [email protected],200 rpm and [email protected],000 rpm. Aprilia has also paid special attention to the electronics of the race bike. The motorcycle features eight-level traction control, cruise control, wheelie control, and launch control among other minor revisions. 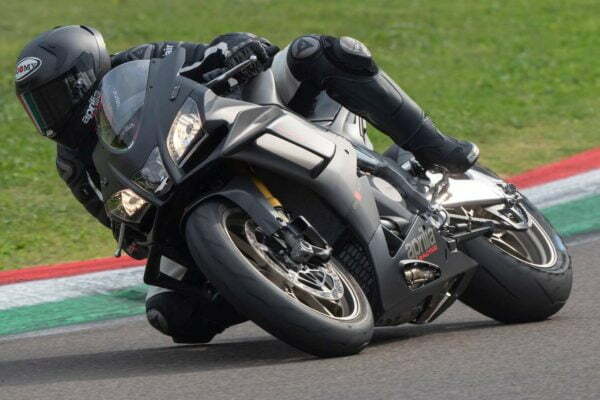 In addition, 2019 Aprilia RSV4 1100 gets the feature like cornering ABS and throttle response adjustment for three levels – sport rain, and track standard on the bike. A new lithium-ion battery, Titanium Akrapovic exhaust, and reworked gearbox with longer fifth- and sixth-gear are other changes incorporated in the new RSV4 version. The suspension geometry has also undergone a major overhaul with front Ohlins NIX forks getting additional 5 mm of travel for superior cornering capabilities. The Ohlins TTX monoshock has been carried over though Brembo Discs have been replaced with stylema calipers.

Also, 2019 Aprilia RSV4 1100 owners can opt Carbon-fibre vents for superior cooling and braking effectiveness. Another race track inspired feature on the RSV4 is the winglets on both sides of the bike. The dual-tone color scheme on the bike also make a telling statement about its carbon-reinforced structure. Prices will be announced at launch which we guesstimate to happen in India next year.