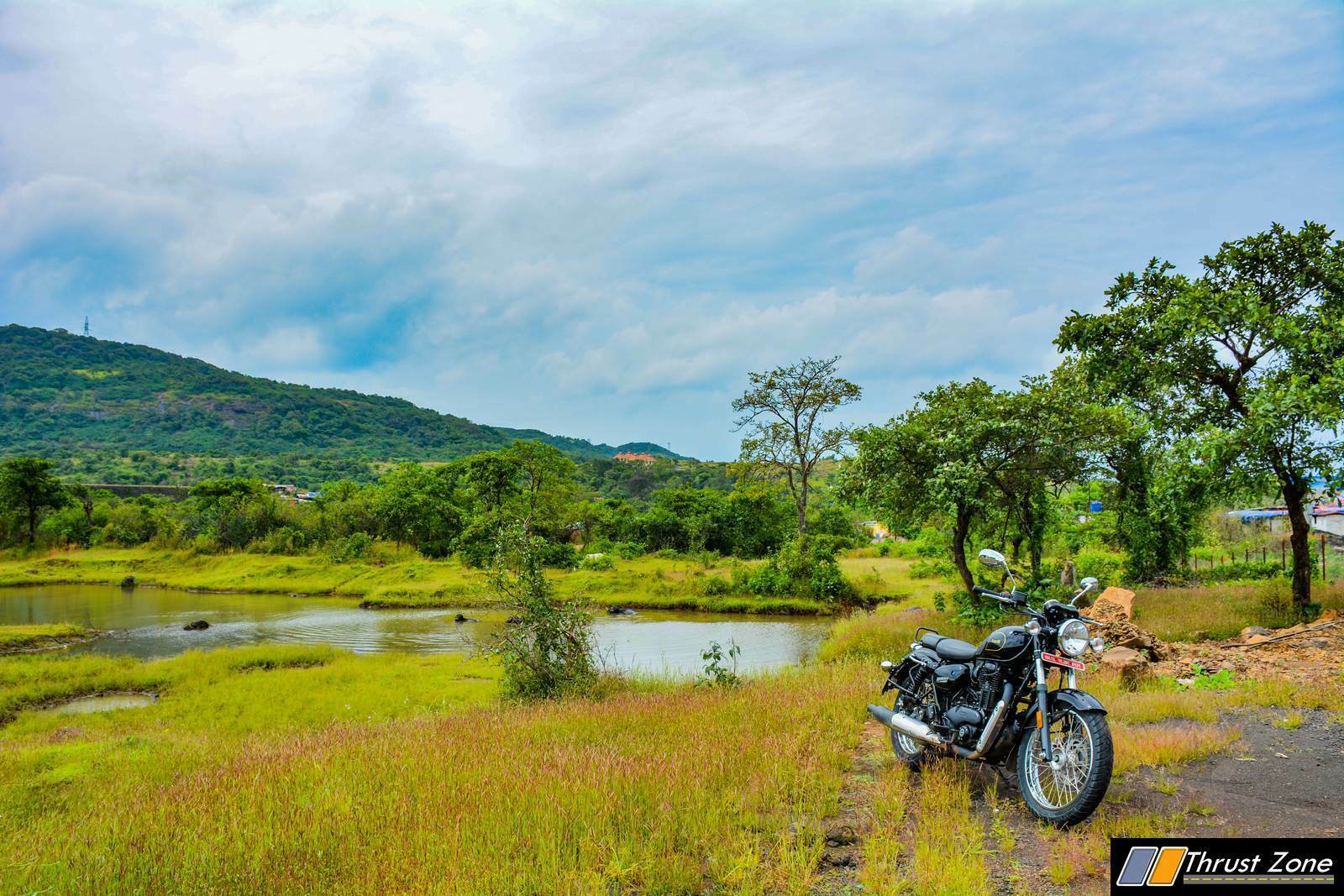 Benelli India is on a roll. They have launched the third product in the Indian market since the start of the year. They started of with the TRK 502 and the Leoncino 500 and 250 and now we have the most awaited Imperiale 400. The standard roadster motorcycle from the brand which goes head on against the likes of the Royal Enfield and Jawa in the country. Both these brands have revamped and are producing good amount of motorcycle as the demand goes higher. Benelli thinks it can tap into this market with their offering. Company does expect some volumes with this one as the pricing is in the same ball park as its chief rivals. Everything seems just right on paper. Does all of that transfer on the road? We have our first impressions after riding it for 150 kms through all kinds of roads. Highways, city, broken roads and off-road, which Benelli insisted we do. How is it? Let’s find out!

The design matches to the chief rivals from Classic 350 and Jawa Jawa in certain ways which includes pin stripes and tank grip pad on a medium sized fuel tank. The seats are split and almost replicate the Royal Enfield Classic 350. The side panel layout, the exposed frame, the vertical layout of the engine with air-cooled fins and round headlight and led tail-lamps makes it stand out as a classic bike which most Indians love. 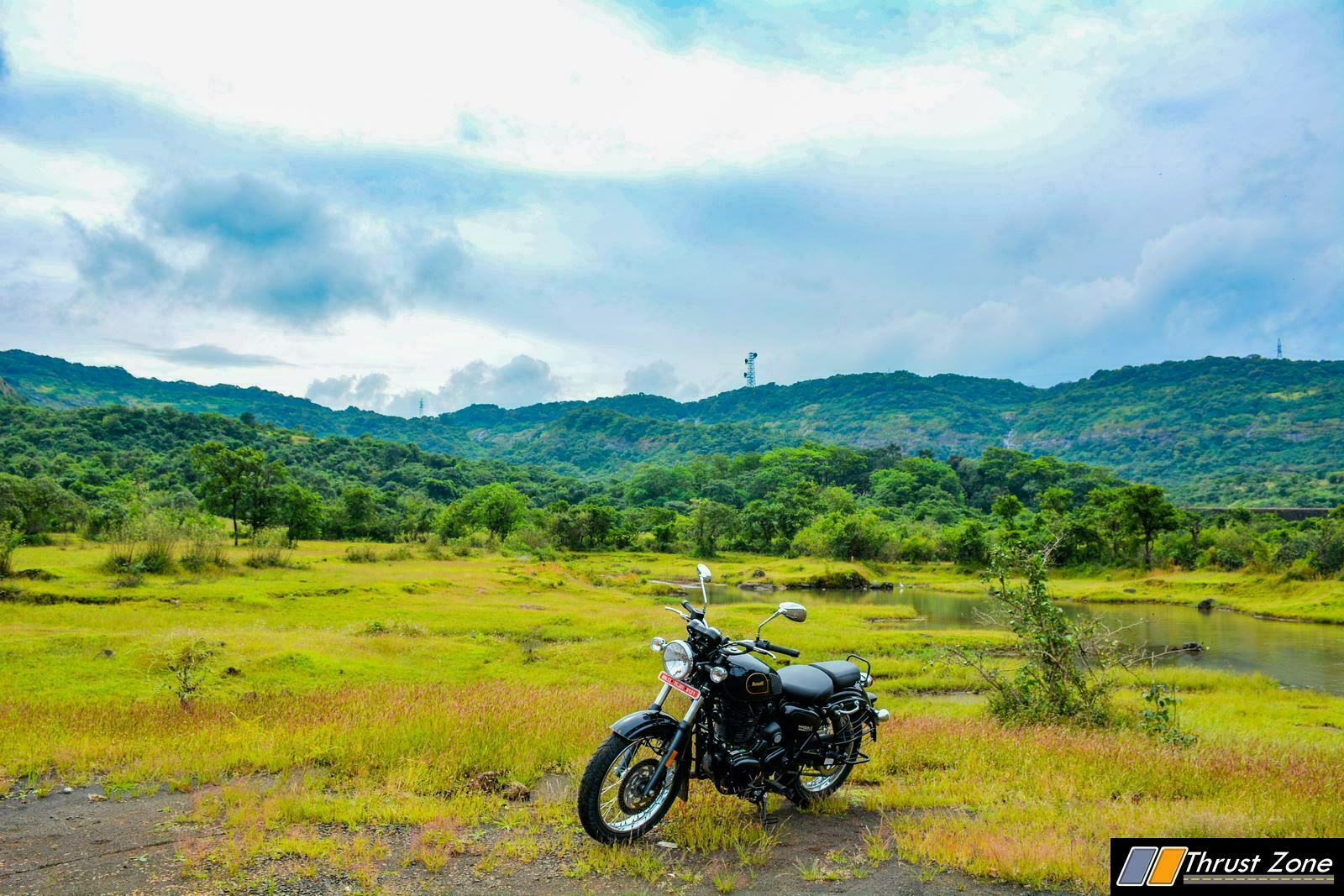 The exhaust shape, the front tyre hugger and almost everything on this motorcycle is modern retro and resembles quite a lot to the Royal Enfield series of motorcycles. There is a bit of Triumph, but not Jawa as the latter is still very unique. Overall, we think its offered in the right shades and does look good quite. Only if the finish and quality of materials was upto the mark, this would have been received a 100/100 on its report card. 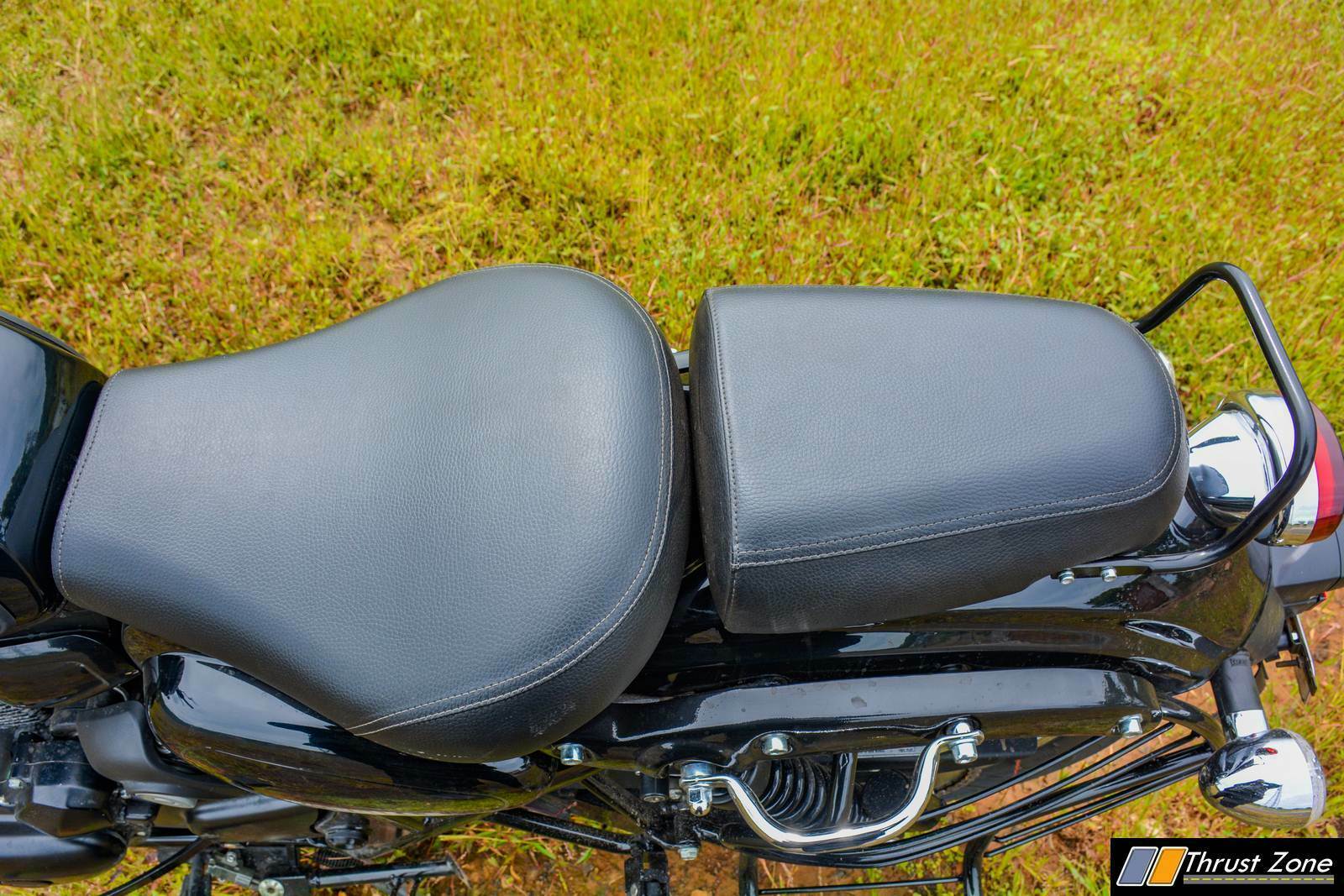 The dials are impressive, the digital screen in between is a neat touch. The clocks though can be hard to read in direct sunlight or highly overcast clouds which Mumbai saw for five months. There are no fuel efficiency parameters displayed and there is no LED headlamps on offer. One button changes trip meter and other changes km/hr to mp/hr if you want to get a feel of you are riding in Europe. Switch gear includes a pass light button and hazard light switch. Mirrors are well positioned and offer a good view behind. The seats though are very soft and needs better padding for long journeys for all sizes of riders. Pillion seat is not entirely friendly either for long journeys. 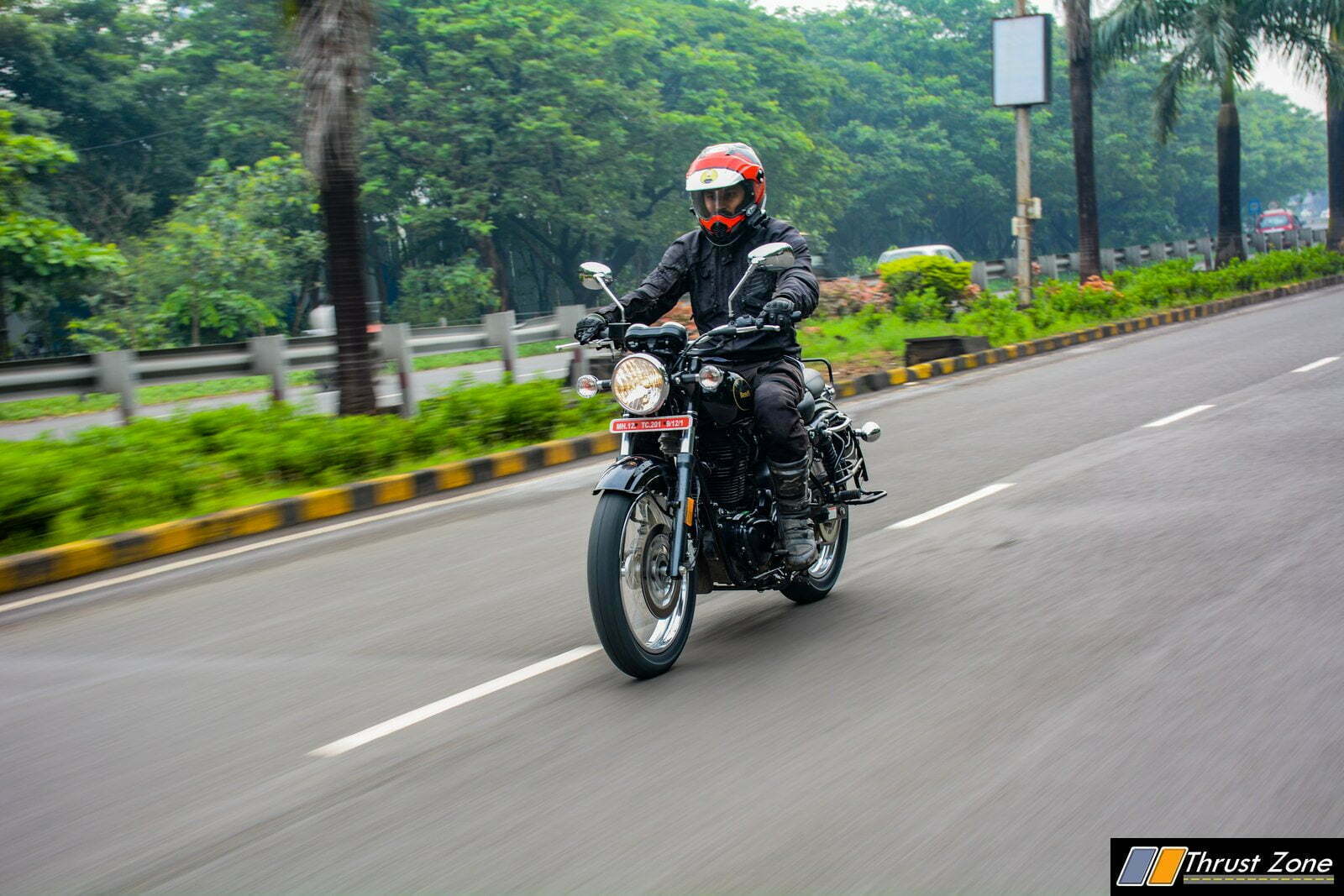 Performance comes from a 373cc engine making 21 PS of power and 29 Nm of torque. The engine is the first single-cylinder from Benelli and it still, happy to report, makes a good sound track. A soundtrack that offers a bit of thump and does reach quite close to the best thumper in this segment, the RE 350/500cc series. When it comes to engine, refinement levels are good, vibrations are well in check, but they are present in the mid-range and more evidently in the higher part of the rev-range. The motor is smooth and free and quick revving while making good torque in the low and mid-range. 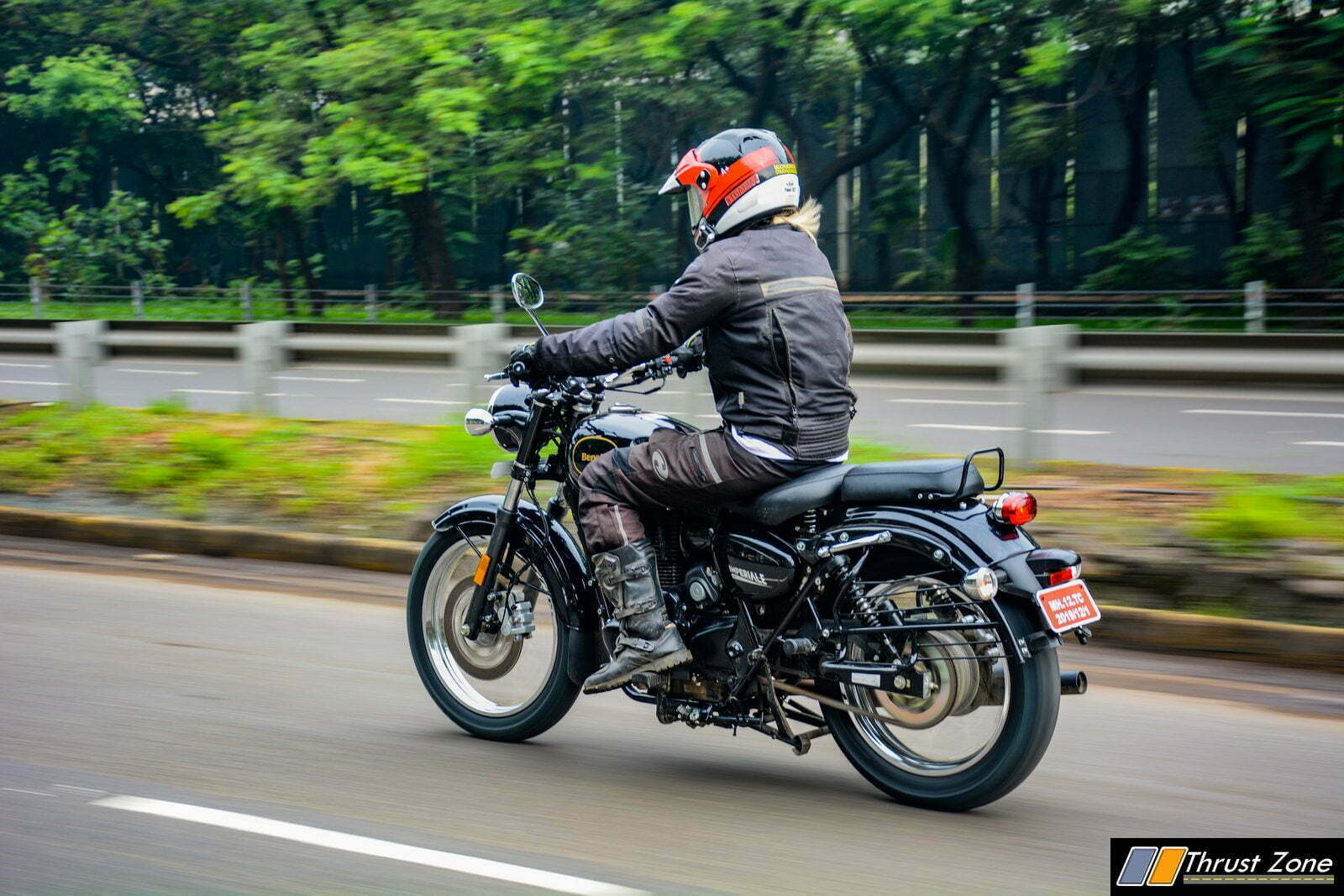 The new motor did not allow us to check most of the top-end, but we did manage to reach 120 km/hr in a prolonged stretch of road. The gearing is tall, the clutch is light and gearbox could be a bit more smoother. The fuel economy should be in the range of 25-30 km/l. Every number, be it performance and fuel economy could have been better if it didn’t weigh as much as it rivals around 205 kg. 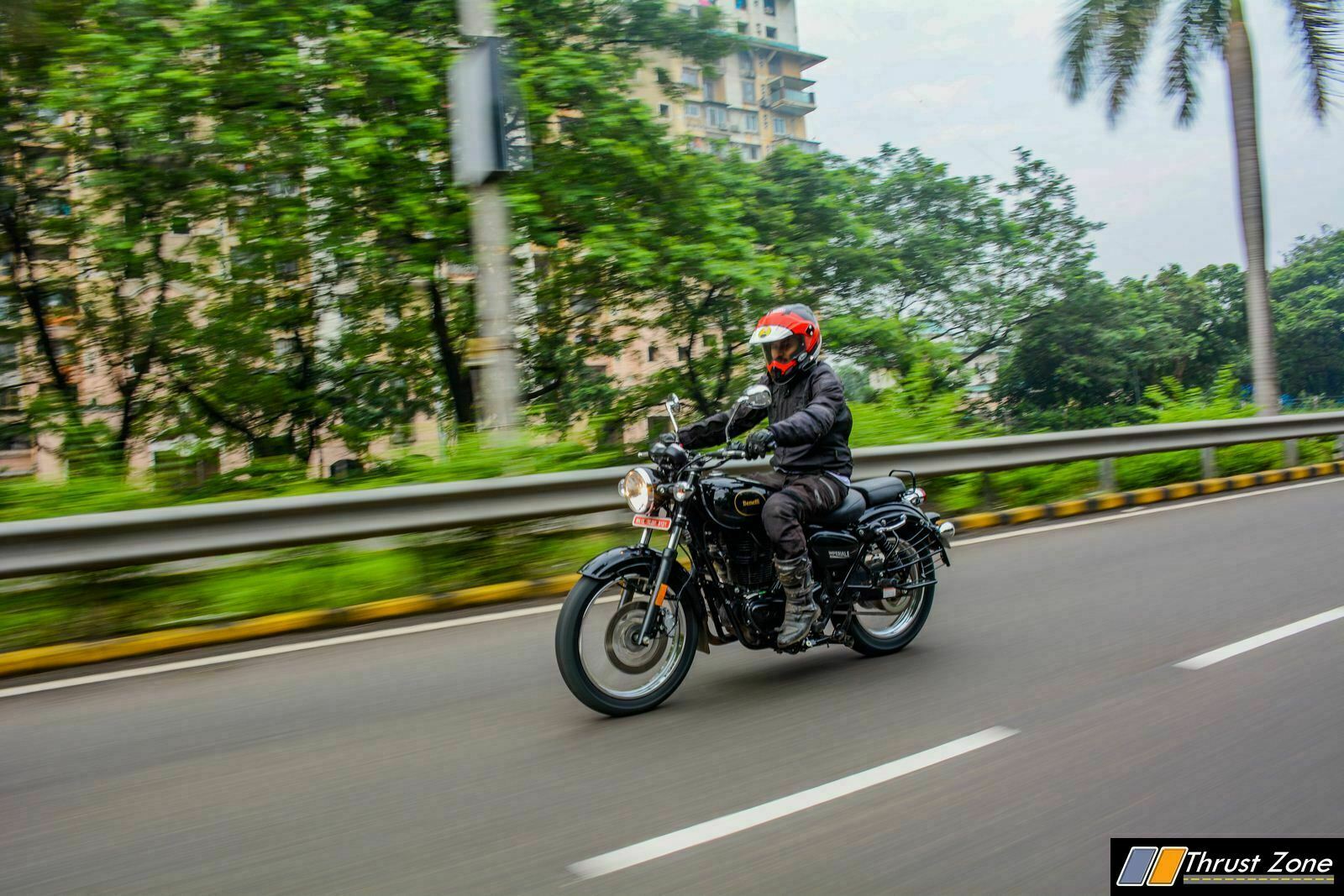 The front suspension is good and so is the damping. We wish the front forks were meatier. The rear suspension on our test bike was hard and had no almost re-bound. It did crash around in bigger bumps. The plus side to that was the weight wasn’t felt. The motorcycle was fairly agile but the turn-in wasn’t crisp and sharp because of the long wheelbase. We recommend you adjust the rear suspension at the back for your size and height. The tyres from TVS were good, they went through a lot in our riding, which included bad roads, off-road and smooth tarmac, twisty roads with tarmac being asphalt and cement both and it did a good job of holding its line. 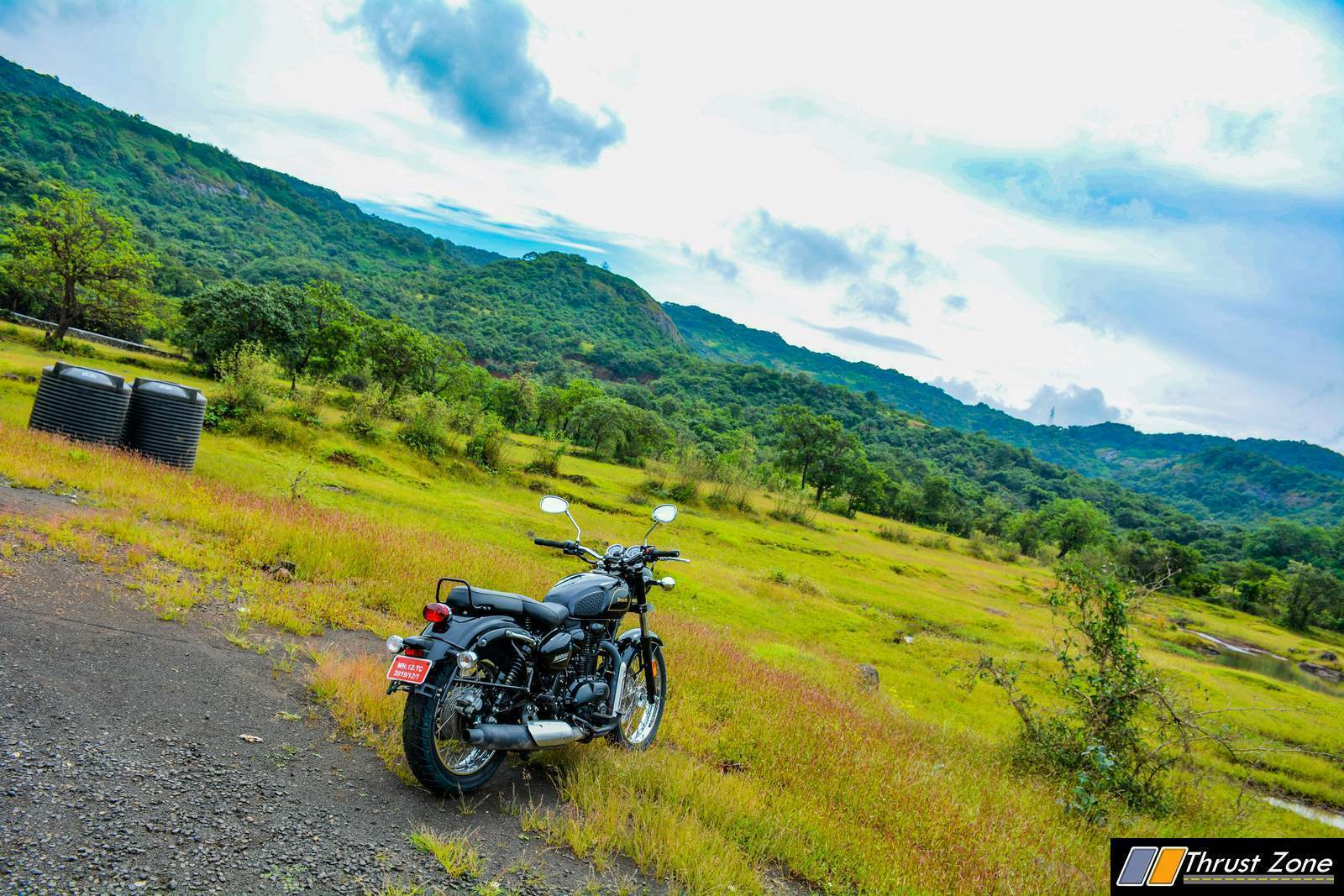 Overall, the Imperiale 400 comes with all the positives and surprisingly a bit of quirks of its competition. The performance could have been better, so could have been the finish levels. However, it does out do the its chief rival the Royal Enfield in many ways, which is good news for Benelli India prospective customers. Rivalry is intense in the segment and there is no escaping it. All these manufacturer are new and some are old enough to still possess one question, long term reliability. 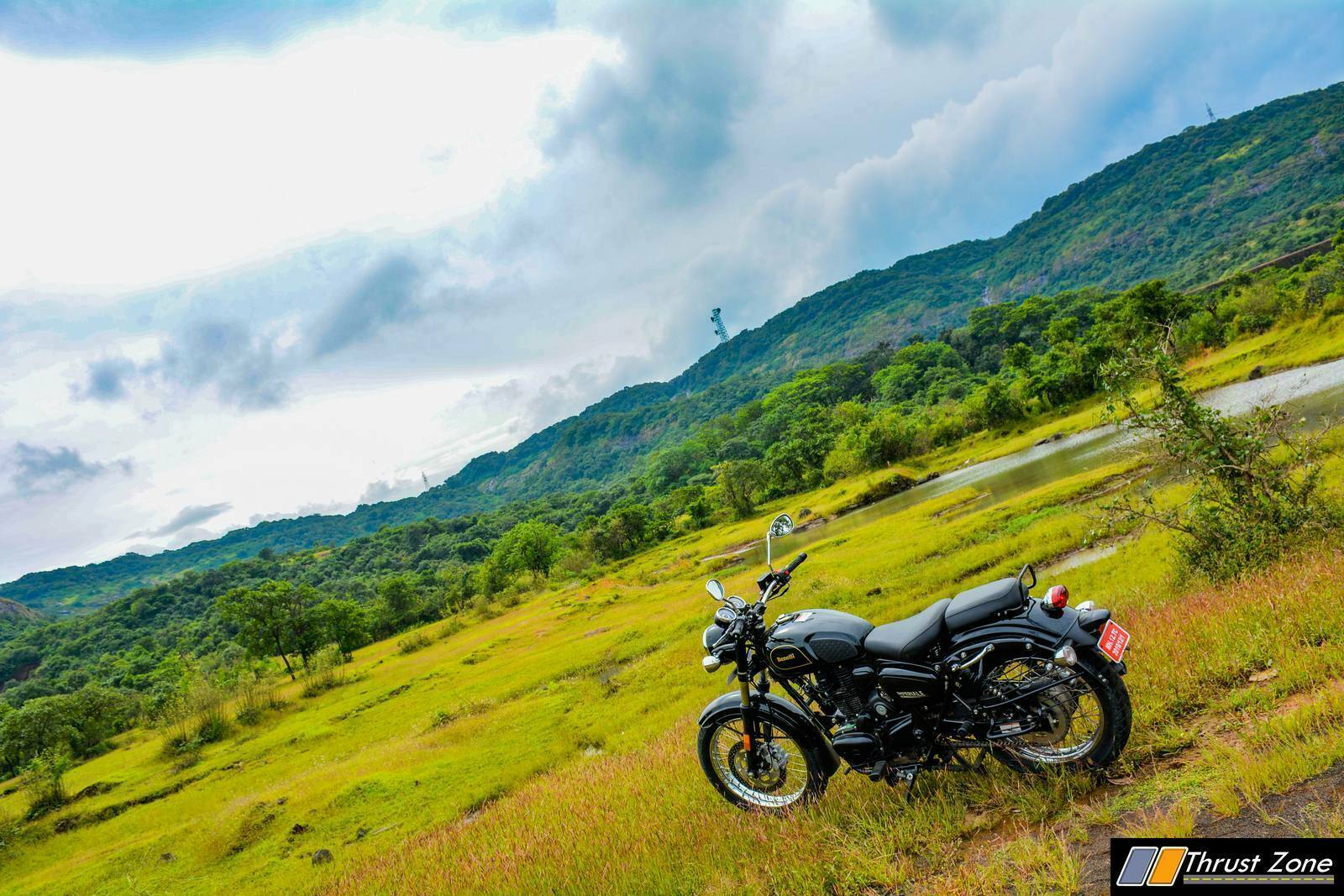 You could pick your poison and be happy with it. However, if do consider the Benelli you do get more peace of mind with after sales package and warranty scheme and similar value for money and that makes the Imperiale 400 worthy of the second look if you are in the market with Rs 2.0 lakh in your pocket for a retro-modern motorcycle.