Enough Said! 2019 Ducati Diavel Will Even Better Before – Details Leaked 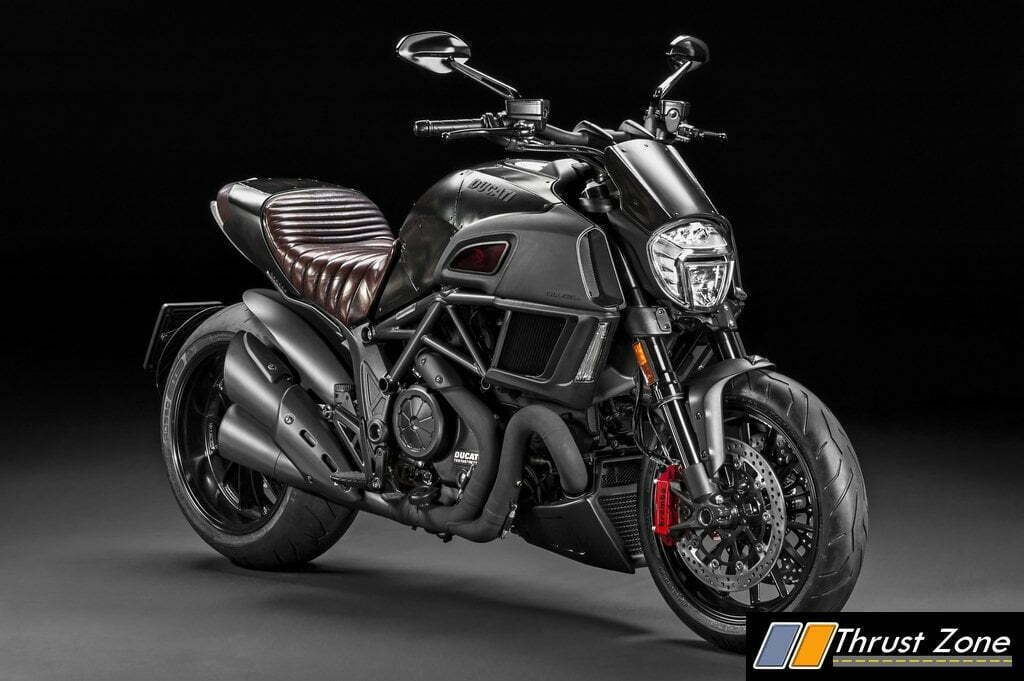 The news is out. Ducati is bringing back the mighty Diavel. Confused? Well we too are. Does it make sense to Ducati to bring back the Diavel especially when the XDiavel is already on sale? This question troubled us until we actually tried to understand Ducati’s strategy.

You see the XDiavel was targeted towards the cruiser audience. Yes it indeed was sporty and handled very well, but then the Diavel was something else. The Diavel was a streetfighter dressed in the attire of a cruiser. Or dare we say power cruiser. The older Diavel leaned more towards the sporty side, and by that we mean it was a bike that even ashamed many sportbikes for the kind of handling it was blessed with.

With the XDiavel, Ducati clearly had shifted its focus. While many loved their decision, a few of them really wanted the Diavel back. In fact many of the ‘Ducatisti’ wanted the Diavel back. So then it all starts making sense right? Hold your breath as we have chanced upon some very interesting spy shots of the upcoming Ducati Diavel. And yes allow us to spill the beans that Ducati claims this to be the most advanced sports-cruiser till date.

The 2019 Ducati Diavel was showcased to a special few in a closed viewing room at the World Ducati Week that took place recently. The spy-shots were taken when this bike was spotted on the road during its testing phase. The big thing on this Ducati is the new engine. It will now get a 1260cc L-Twin motor from the new Multistrada. This engine makes around 156hp of power and 129Nm of torque. On the new Diavel, this engine could be tuned.

Highlighting its new-found sportiness is the better styling for 2019. The silhouette is still the same, but now the tail is sharper, the bike looks more angular and sharper than before. However you cannot oversee its strong resemblance to its ‘X’ cousin. The exhaust too is different and here it’s stubbier than the previous unit. The headlight is changed and looks identical to the XDiavel. Along with all the cosmetic changes, the Diavel also gets an updated frame. The steering geometry on this version is sharper with the rake being steepened and the tail lifted. 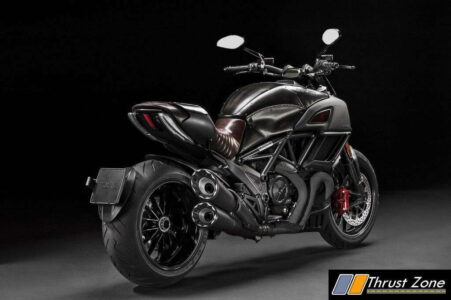 Since this is touted as the most advanced cruiser, expect Ducati to equip this with every sort of tech-wizardry that exists on the planet. It will be bestowed with features like ABS with cornering function, Slipper clutch, anti-wheelie and traction control, riding modes, cruise control, quickshifter and an auto-blipper and a lot more. This Diavel will also get an IMU and a bluetooth enabled rider communication system.

Just like most top-of-the-drawer Ducatis, the Diavel will also be made available in two versions – a standard model and a top-spec S version. The S will get all of the high-tech features that we’ve mentioned above and Ohlins semi-active suspension, whereas on the standard version you’ll see slightly less features and manually adjustable Marzocchi suspension. The new Diavel will most likely make its public debut at the EICMA show which will take place in Milan this November.