It may be the age of SUV’s around the world and in India, the saloon is never forgotten. The Jaguar brand is known for churning out the best riding saloons in the market with distinct character inside out too. All of this started with the Jaguar XF which still continues to turn heads and incite enthusiast with its many qualities. It came in the year 2007 and took the market by storm with its excellent and bespoke design. 2011 saw a major facelift which made the car look even more superior than its previous version and took the handling even further and gave V8 petrol engine and powerful diesels to make sure they are great fun to drive too. 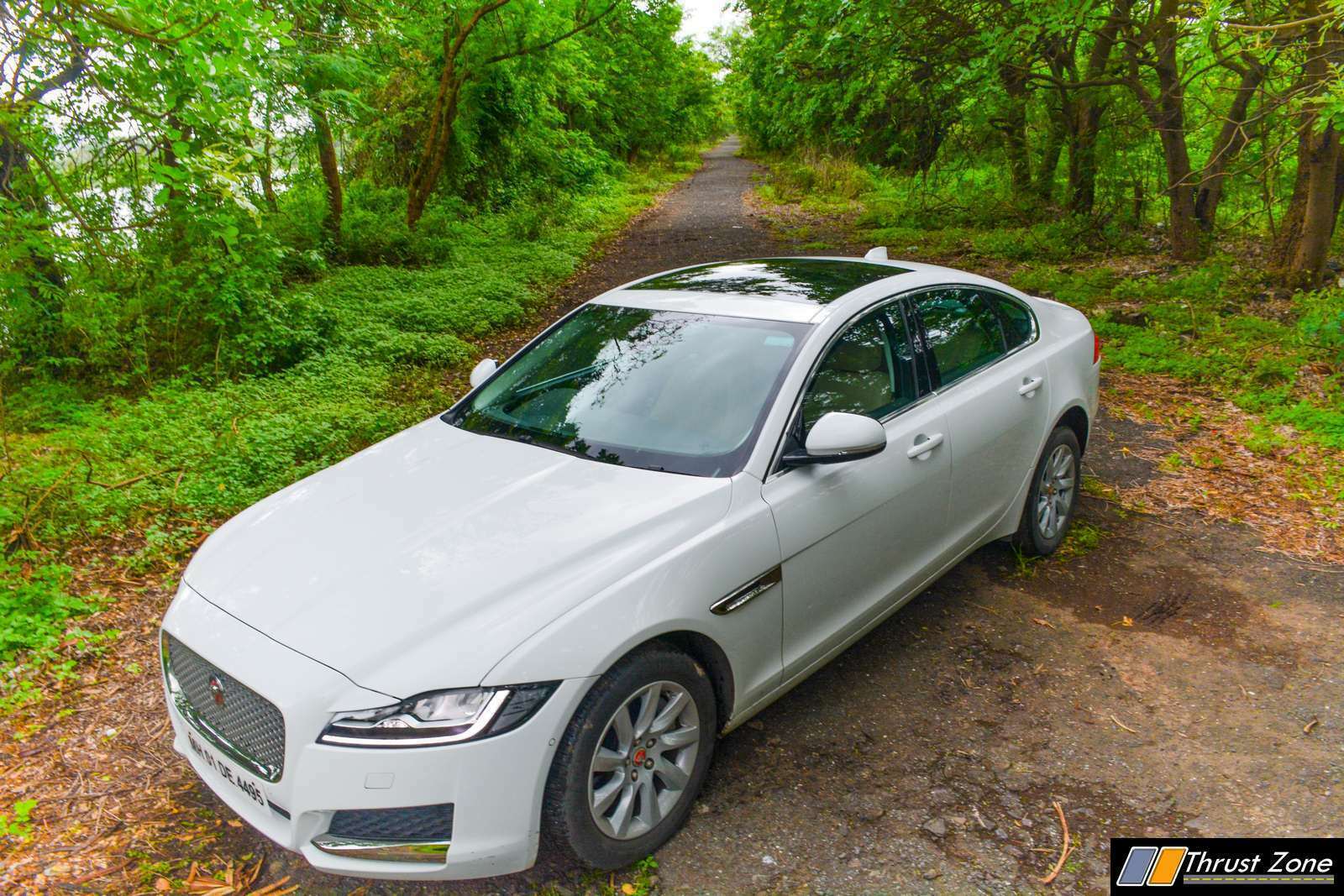 The year 2015 saw a major change in design and it continued with the spectacular design with a far more modern front and rear design. The` headlights have gone sleeker since 2007 and these are the sleekest of the lot for sure. The grille position keeps on changing but the bonnet and its lines along with side profile has been identical. The alloys gave it a fresh look with every variant and all the three times the XF went through change. The J blade LED DRL at the front and F-Type inspired rear LED position lamps make it stand out. Overall, with large bumpers and a muscular look with typical saloon lines on the side, the Jaguar XF is a perfect mixture of contemporary and bespoke design. 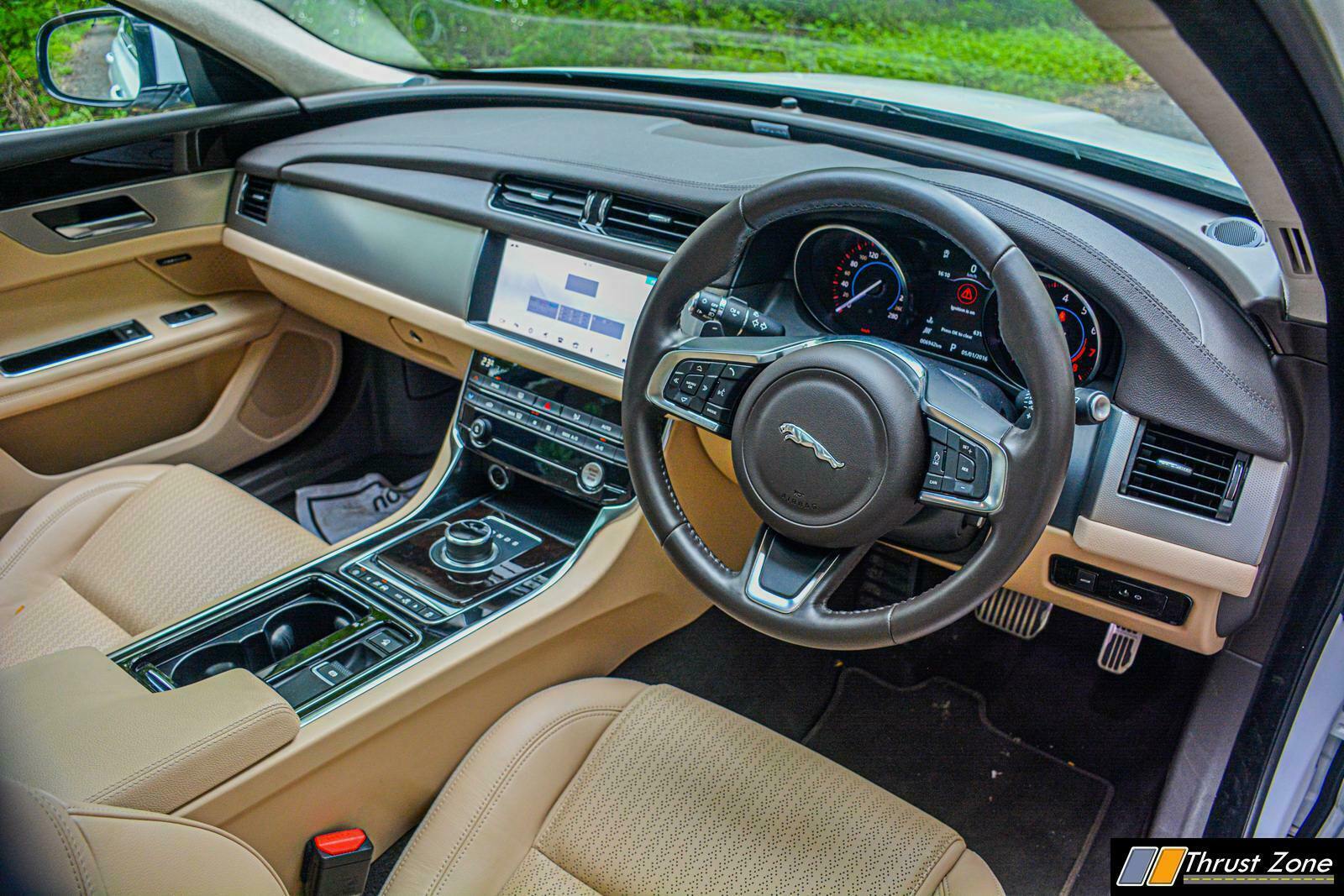 Interior has dated a bit but it gets vents that pop up every time you start the car which is great along with the rotary dial which also pops out of the center console. Quality is good all around, but there are areas which need more pampering. The dials continue to be basic with the center screen offering all options through the menu button the steering wheel which also carries all multi-function buttons. 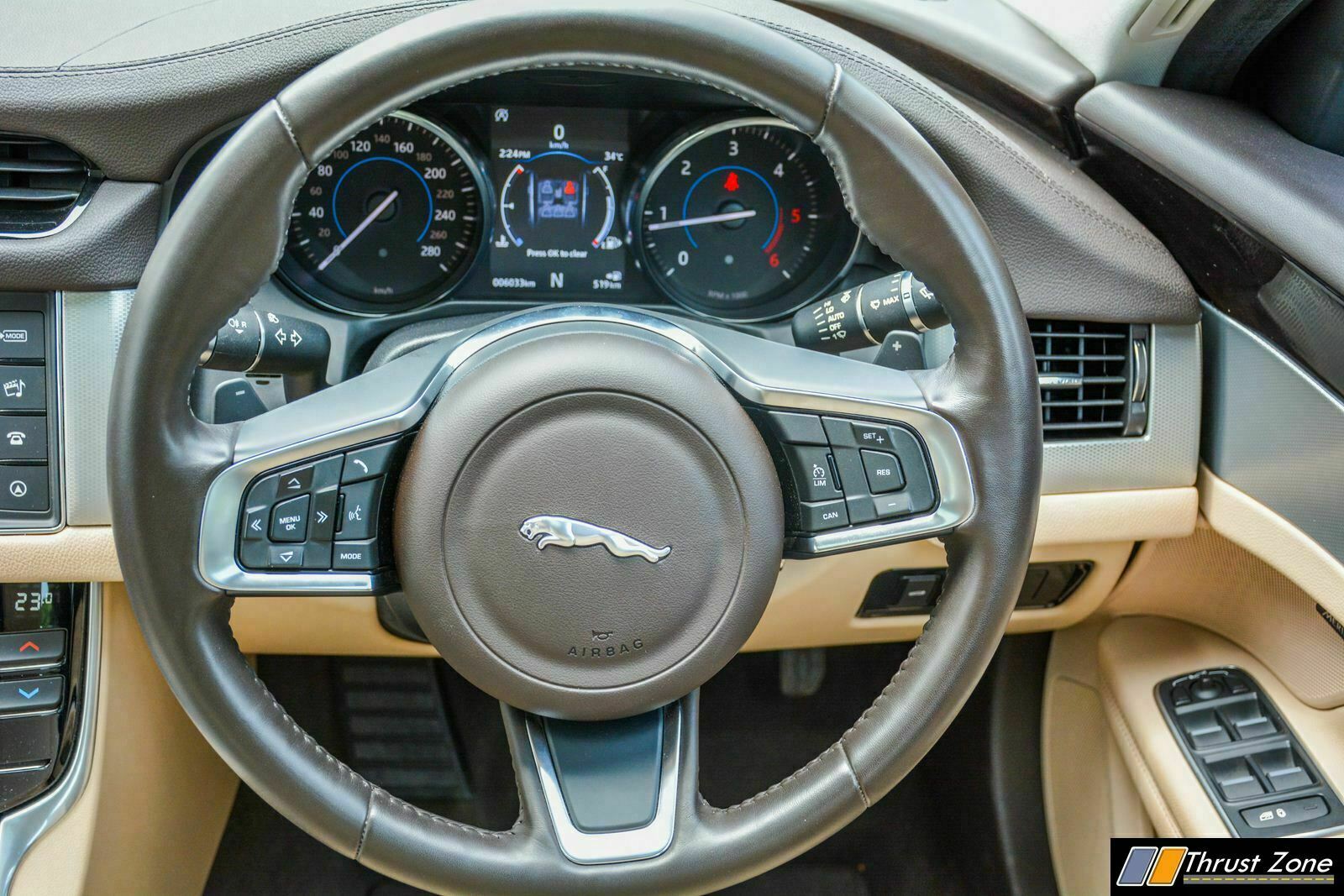 The center screen houses a lot of options to choose from such as infotainment, phone media and navigation. There is ambient lighting on offer as well. However, the screen does not provide Android Auto or Apple Car Play. These should be updated soon though. The portfolio version get LCD screen instead of dials which makes it far more modern. Space in the back is good enough in terms of leg, knee and shoulder room, the headroom can be a bit tight for taller passengers. 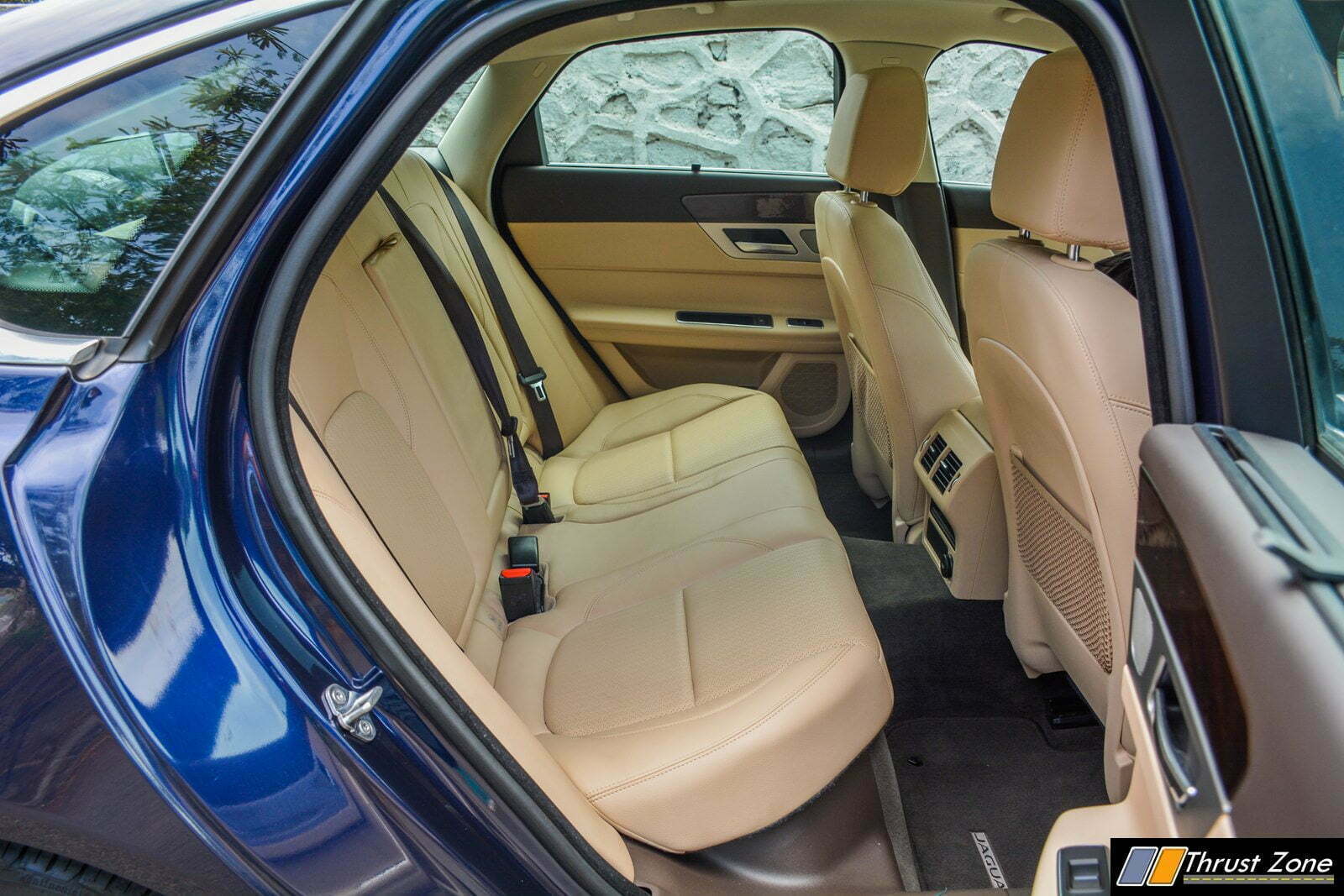 The doors are quite short so ingress and egress is a bit tight as well. Boot space is good at 505 litres. Paddle shifters, electronic parking brake, sunroof, power seats, leather seats, electric IRVM and ORVM with heated function for the latter. Parking sensors front and rear, rear view camera, a moderately well sounding Meridian sound system, cruise control, keyless entry and a start-stop button are part of the features list. 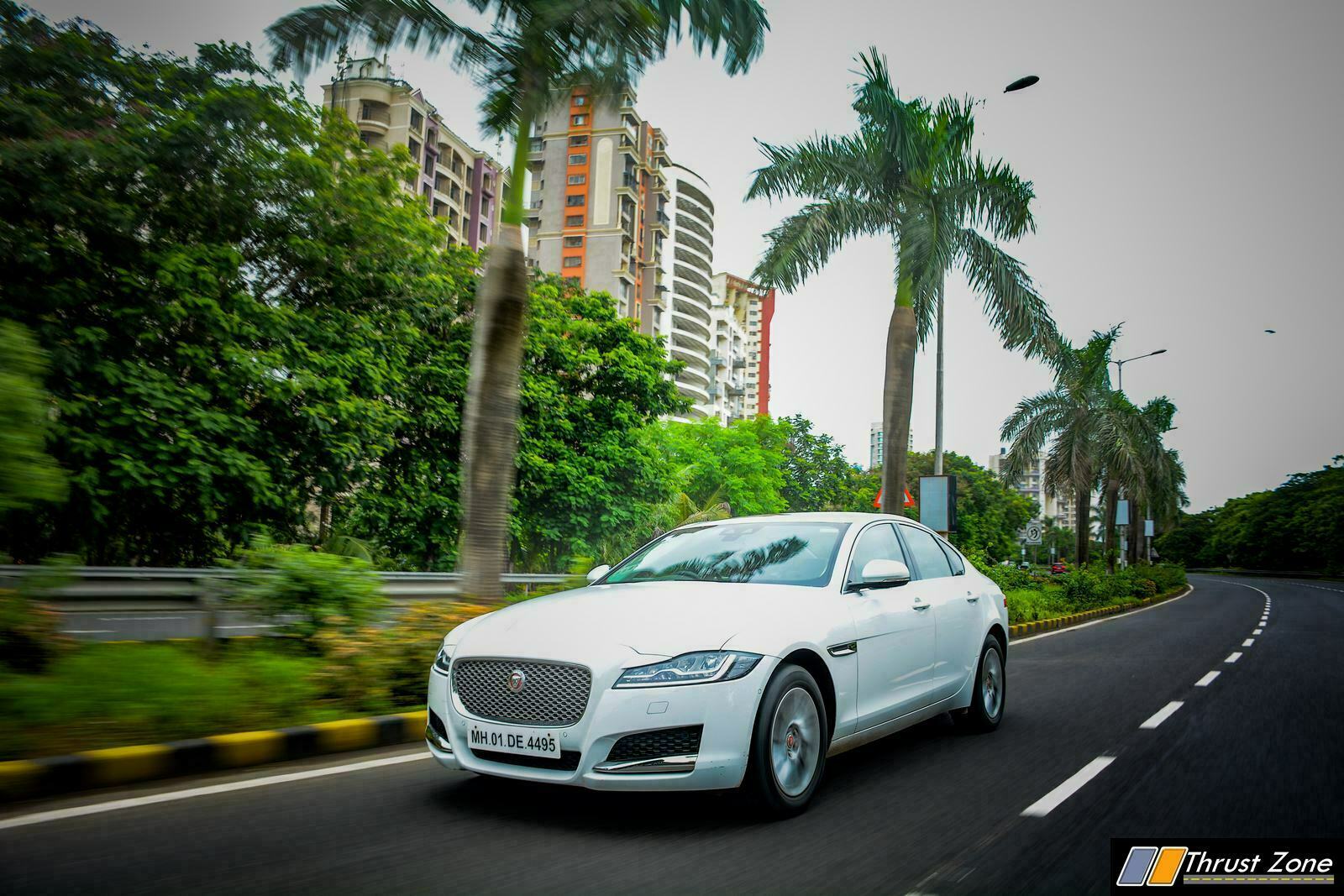 Driving the XF as always is great fun. The petrol engine has been introduced for the first time and it made 200 BHp and 320 Nm of torque. While the engine revs cleanly and freely till 5000 RPM, post that it doesn’t. The engine then feels a tad bit sluggish after that it does make power and redlines quickly enough. The engine is smooth and so is the gearbox overall. 8-speed unit does it job and shifts up and down quickly as well, but since the engine is a bit sluggish it can respond with a mild delay. 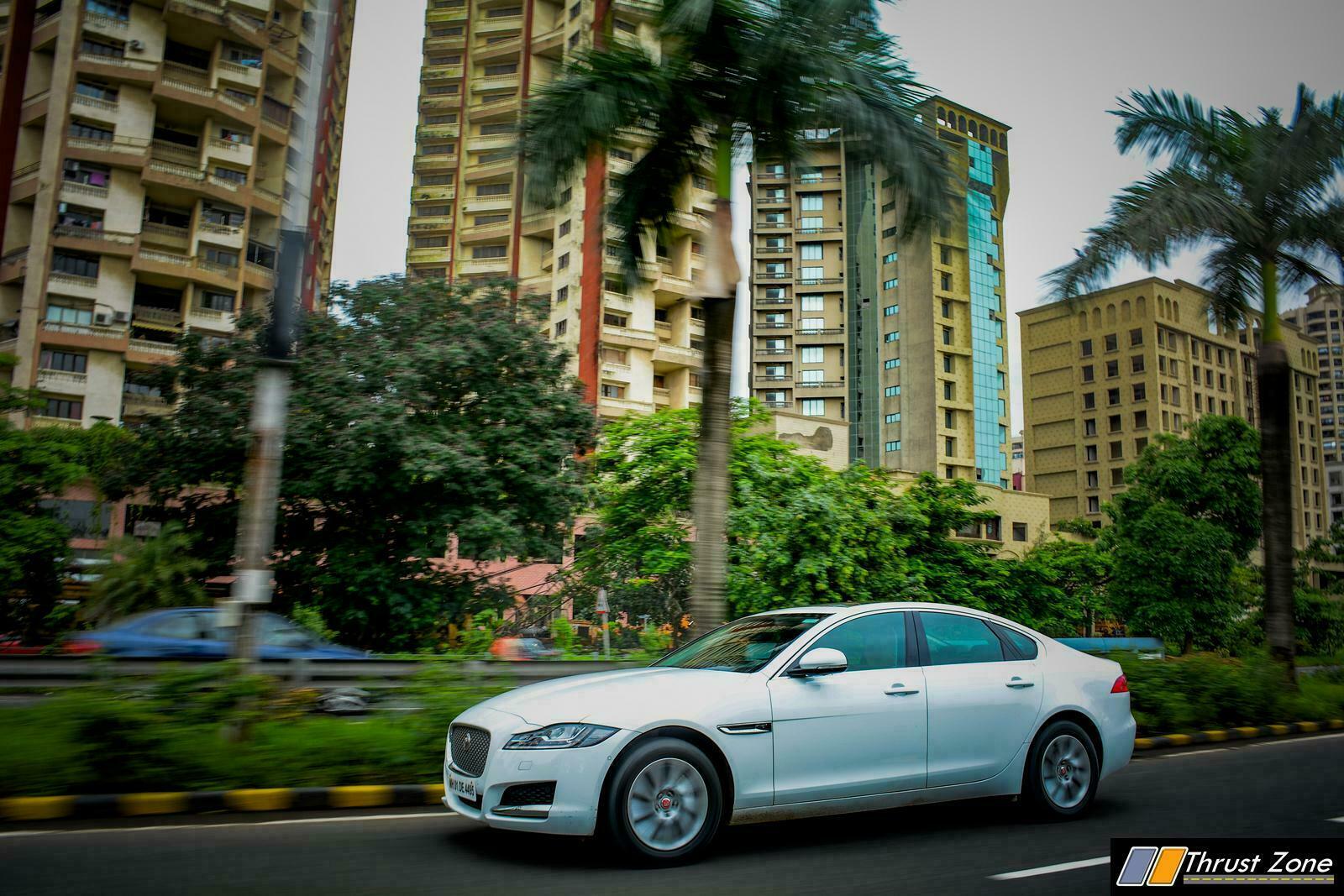 Sport mode does heighten up the responses but the powertrain doesn’t dance as its rivals and it isn’t entirely flawless. 0-100 km/hr is done in 8.0 seconds and has a top speed of 230 km/hr. Slow to medium speeds its great but at high speeds it can be a little more quicker and responsive. 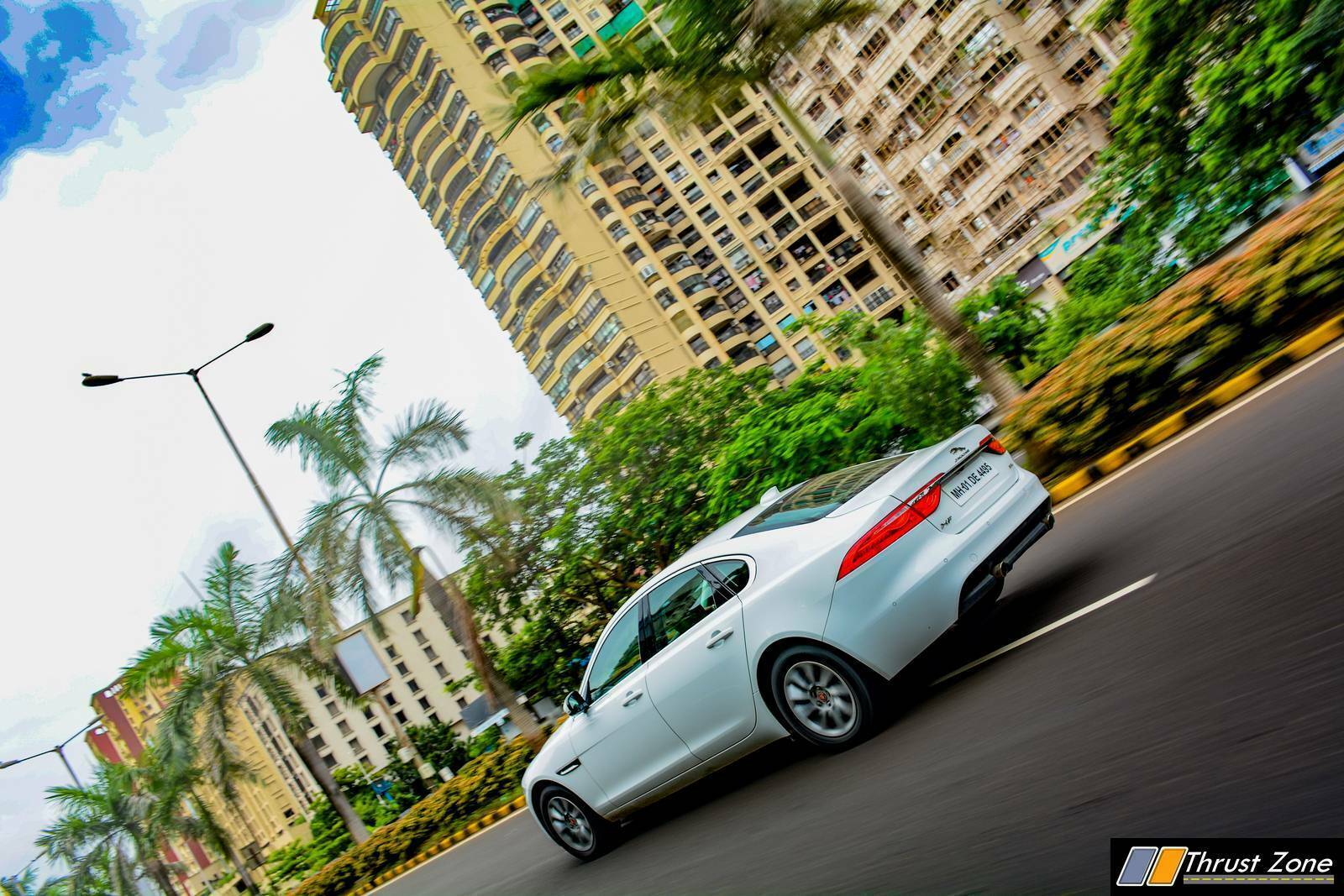 However, the dynamics are tuned accordingly and the suspension system is truly something to enjoy. The ride quality is exceptionally good, the body roll does not exists, the steering feel and feedback is good and it is just about light to make city duties easier. The agility and nimble-ness due to the aluminum architecture makes the XF one of the purest driving cars in its class. At 1635 kgs, the weight is ideal for a sedan of this size and segment, but only if it was 100 kgs lighter, it would transform the car in the mid and lower spec in terms of performance, which get slightly detuned engines over the top-end variants. The disc brakes all around make the car stop at any time while doing any speeds. 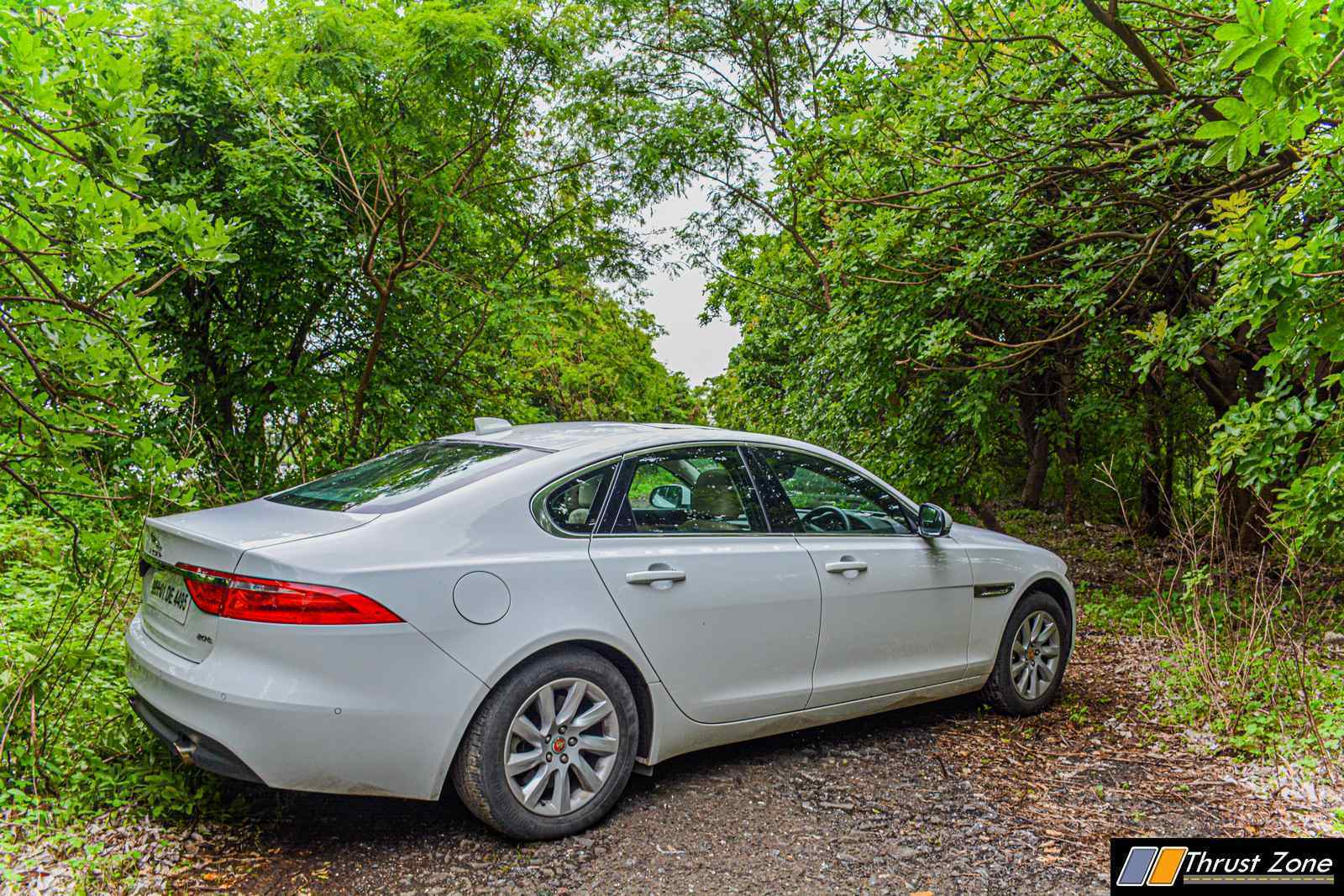 The Jaguar XF highlight is one and continues to be the same and will probably stay like this forever. The unique design, the bespoke elements that make it stand apart are one of the two highlights. The second is the driving dynamics which are great because it suits our roads conditions perfectly and yet provide a pure driving experience which is far better than all its rivals. 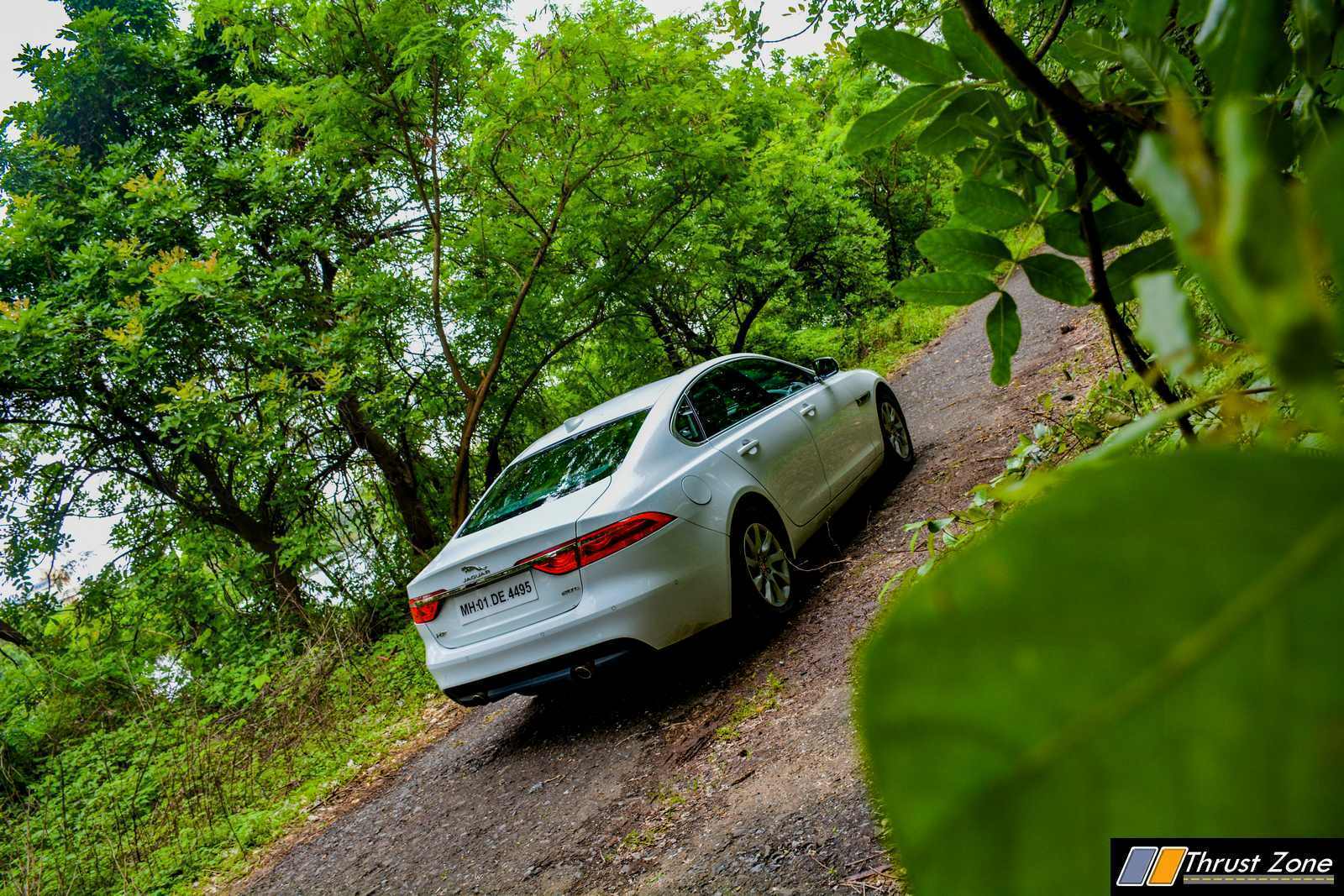 However, the lack of space in an executive sedan is a hit or a miss for some and the engines can be a bit more livelier. Nevertheless, all of this comes together greatly with a superb price tag for all variants, making the XF one of the top choices in its class for the enthusiast.