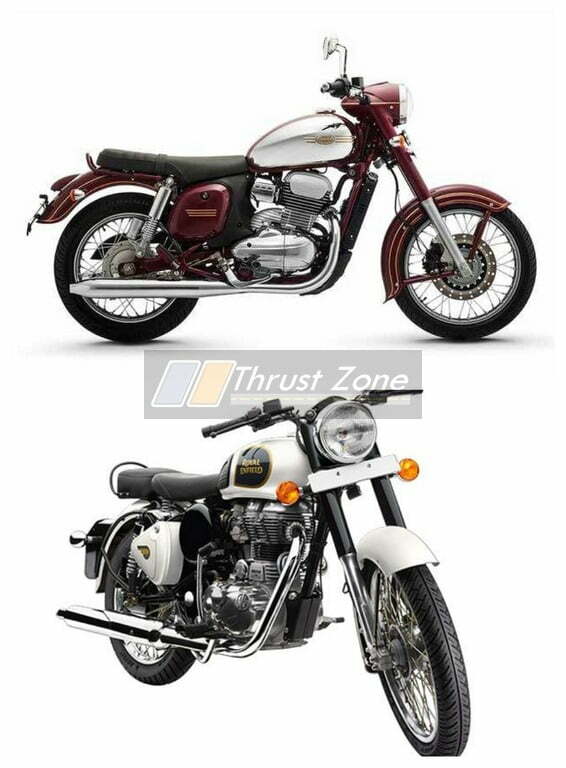 Few days ago, we saw a comeback with the launch of the Jawa Motorcycles in the Indian market. With the launch of these motorcycles, Royal Enfield now gets a tough competition in this segment. As now, the Indian motorcycling scenario has been witnessing many changes and it seems that Jawa has been relaunched at the right time. So now it all comes down to the comparison between the two legends. Let’s have a look at how the Jawa 300 competes on paper with the Royal Enfield Classic 350’s.

The Jawa 300 has maintained its retro look and it just feels as if it has been rolled out from the Mysore plant back in 70’s. Mahindra has done a wonderful job by retaining its retro look with the addition of modern technology and it also gets the similar double silencer as we used to see back in the old models. Both the bikes get the typical round headlight unit which has the instrument cluster on top of it. The console on the Jawa gets an analogue speedometer and fuel gauge and it has been designed in accordance with the retro era.

On the other hand, the Classic 350 gets an upright stance and it feels big in comparison with the Jawa’s. This bike has been designed with the combination of the old classic look and some modern styling. As the Classic 350 has been in the market for quite a long time, all these years Royal Enfield has updated it. 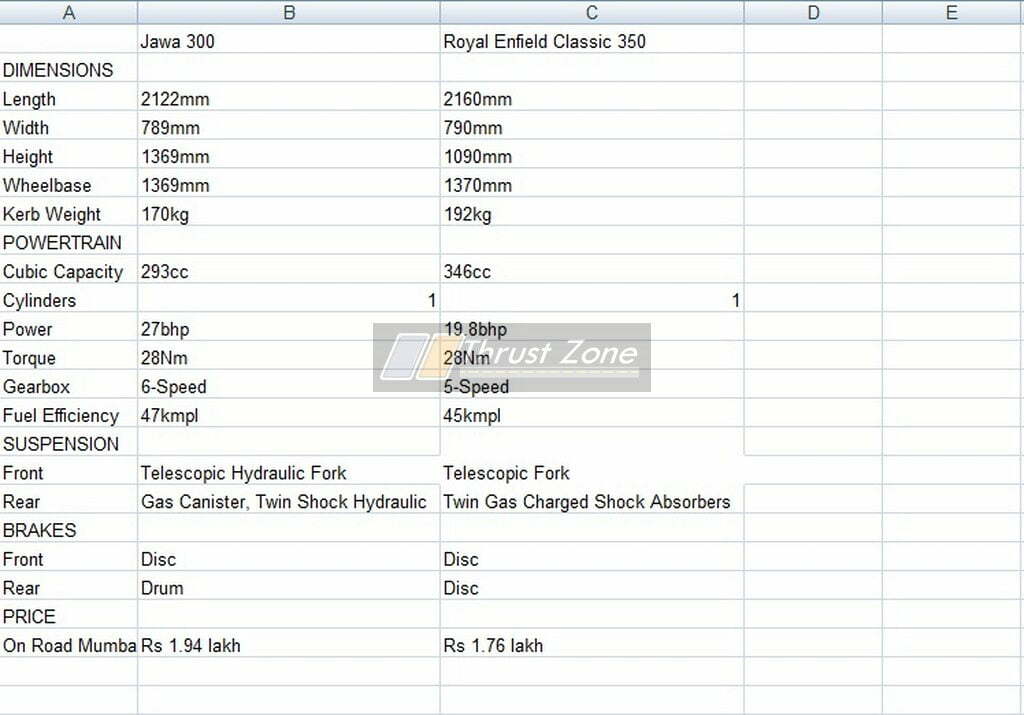 Powering the Jawa 300 is is 293cc fuel injected, liquid cooled, single cylinder petrol mill which also compiles with the BS-VI norms. This engine is capable of churning out 27 bhp of power and 28Nm of twist. Royal Enfield on the other hand powers the Classic 350 with a 346cc, carbureted, air cooled, single cylinder petrol motor that produces 19.8bhp of power and 28Nm of twist. As the Jawa 300 has a much-advanced engine, the power out is more and as it also is much lighter than the Classic 350 so the performance of it will also be high.