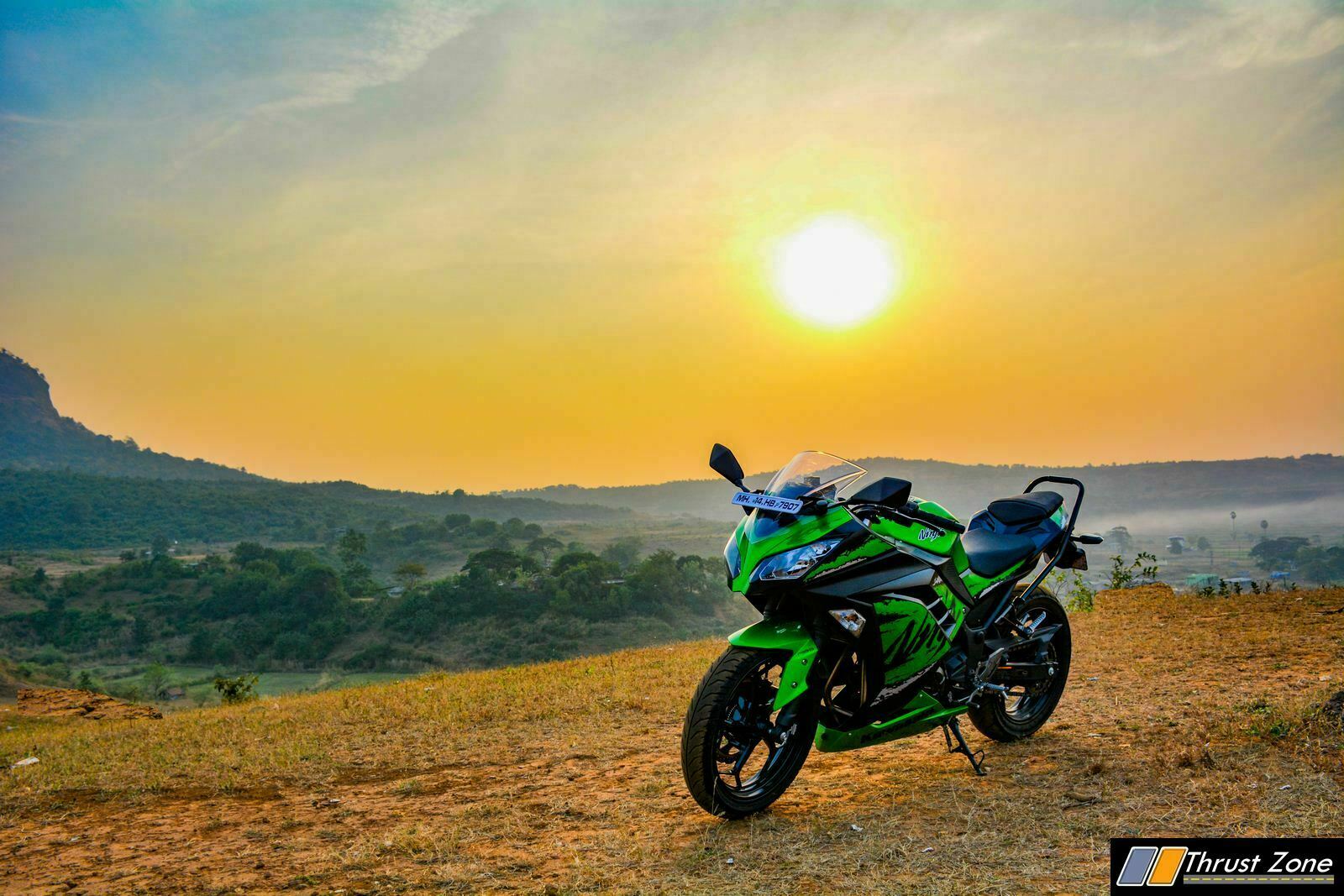 The Kawasaki Ninja 300 has always been the talk of the town every since launch in 2013. The manufacturer replaced the Ninja 250 with this and every since its has been expensive, lacks ABS and despite that it had a fan following even today. Kawasaki had to relook into the situation and address complaints and fulfill the desires of the customers who were waiting for it since day one, which includes us too. 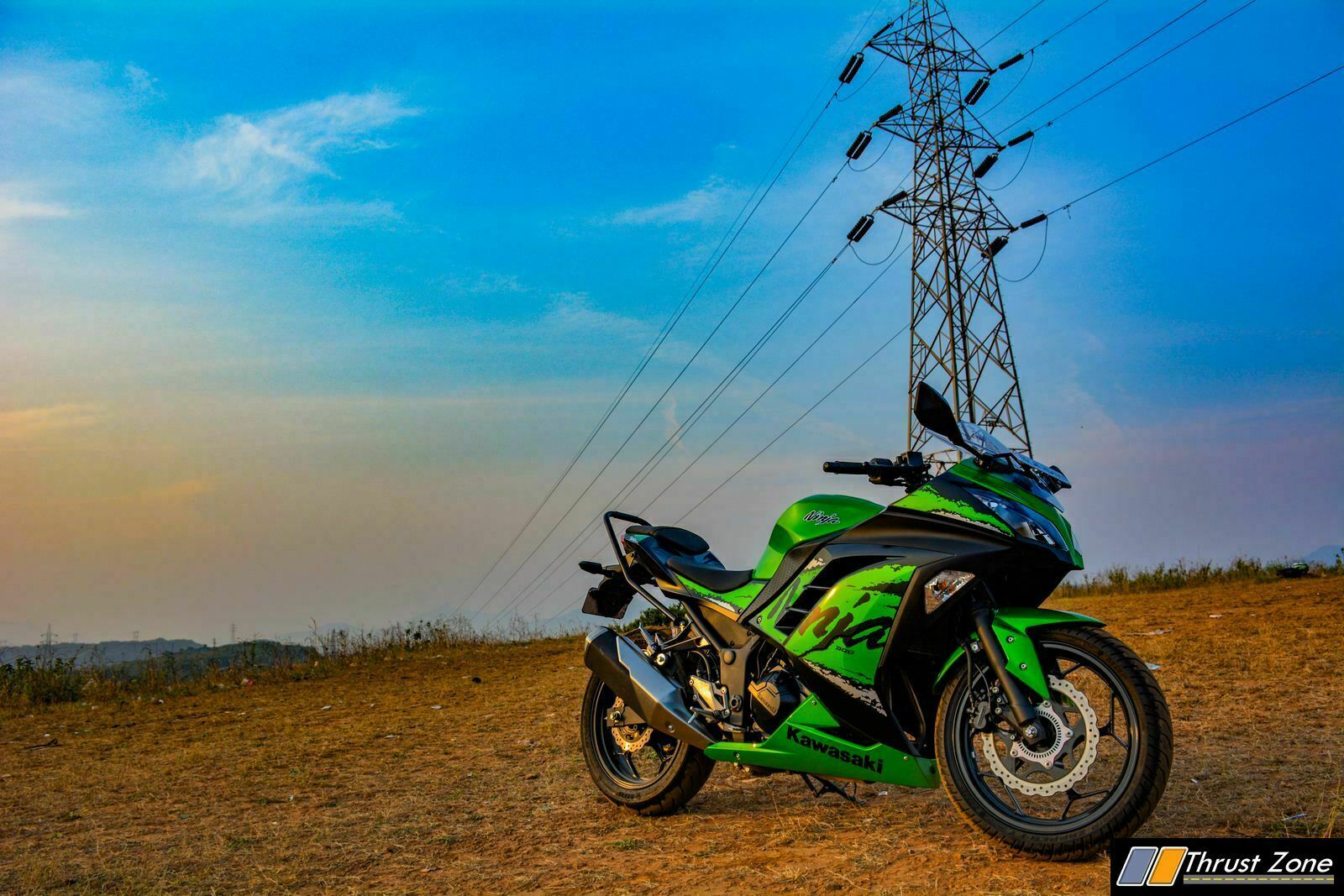 Nevertheless, the Duke 390 came and stole away most customers, but the market has been steady so Kawasaki decided to knock of Rs 62,000 of the bike, give it the most crucial hardware change which is adding ABS and launched the bike. 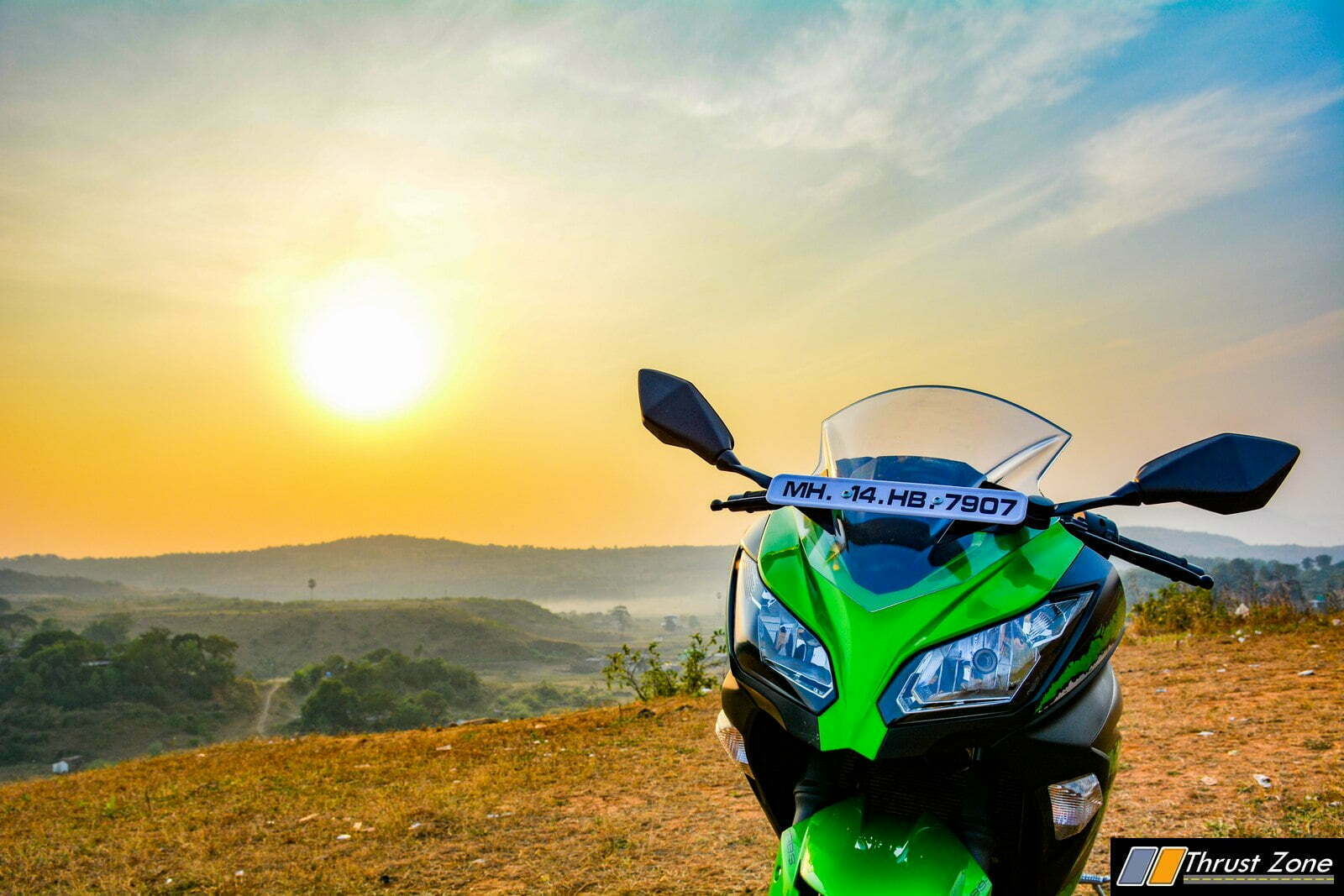 The pricing, however, came down because it also met with some localization. Brakes and tyres most importantly were localized along with other cosmetic parts. How is it to ride then since there are note worthy changes and one of the most desirable bikes got cheaper, is the Ninja 300 still relevant admist stiff competition from all parts of the world? We let you know what’s right and wrong with in this brief review. 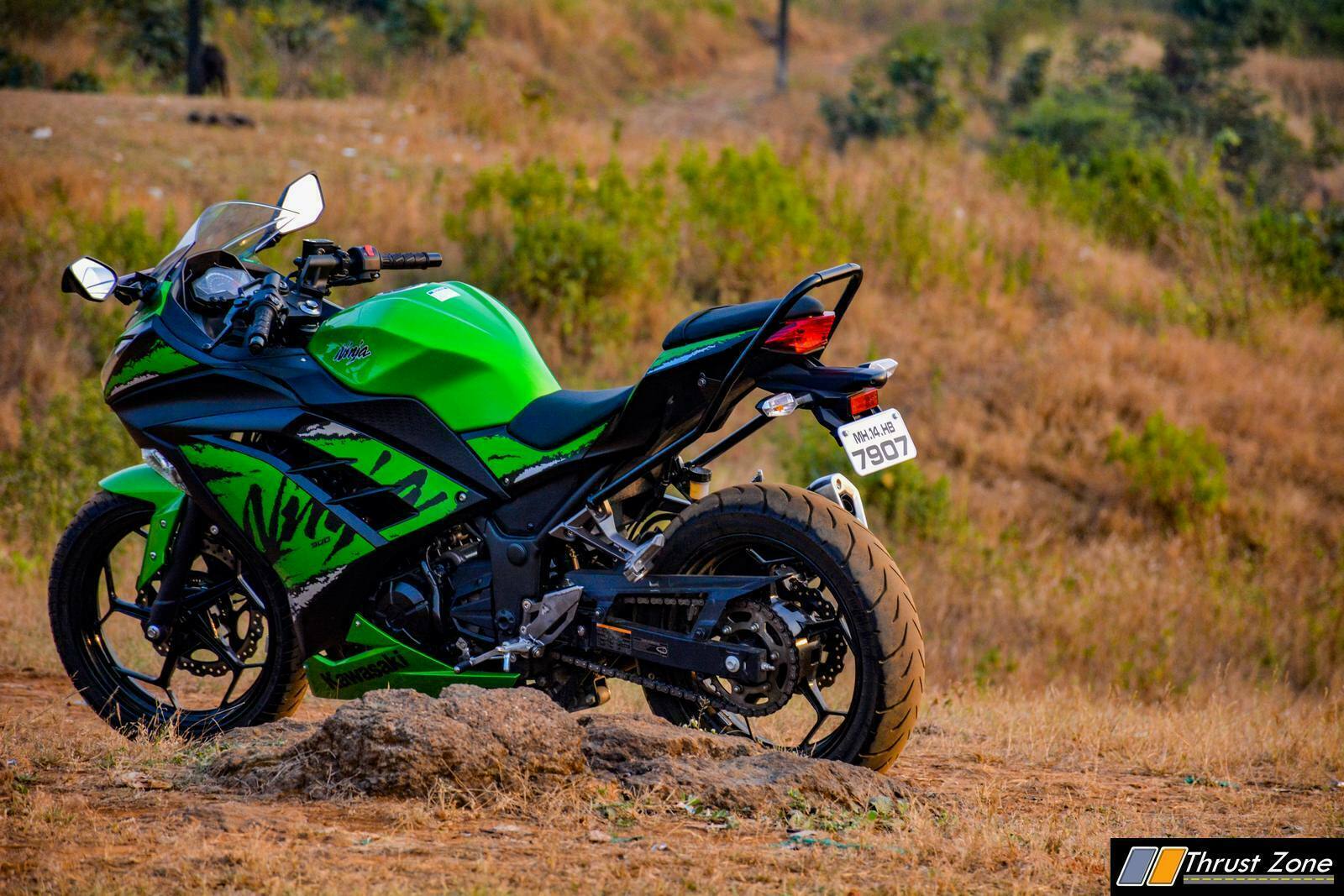 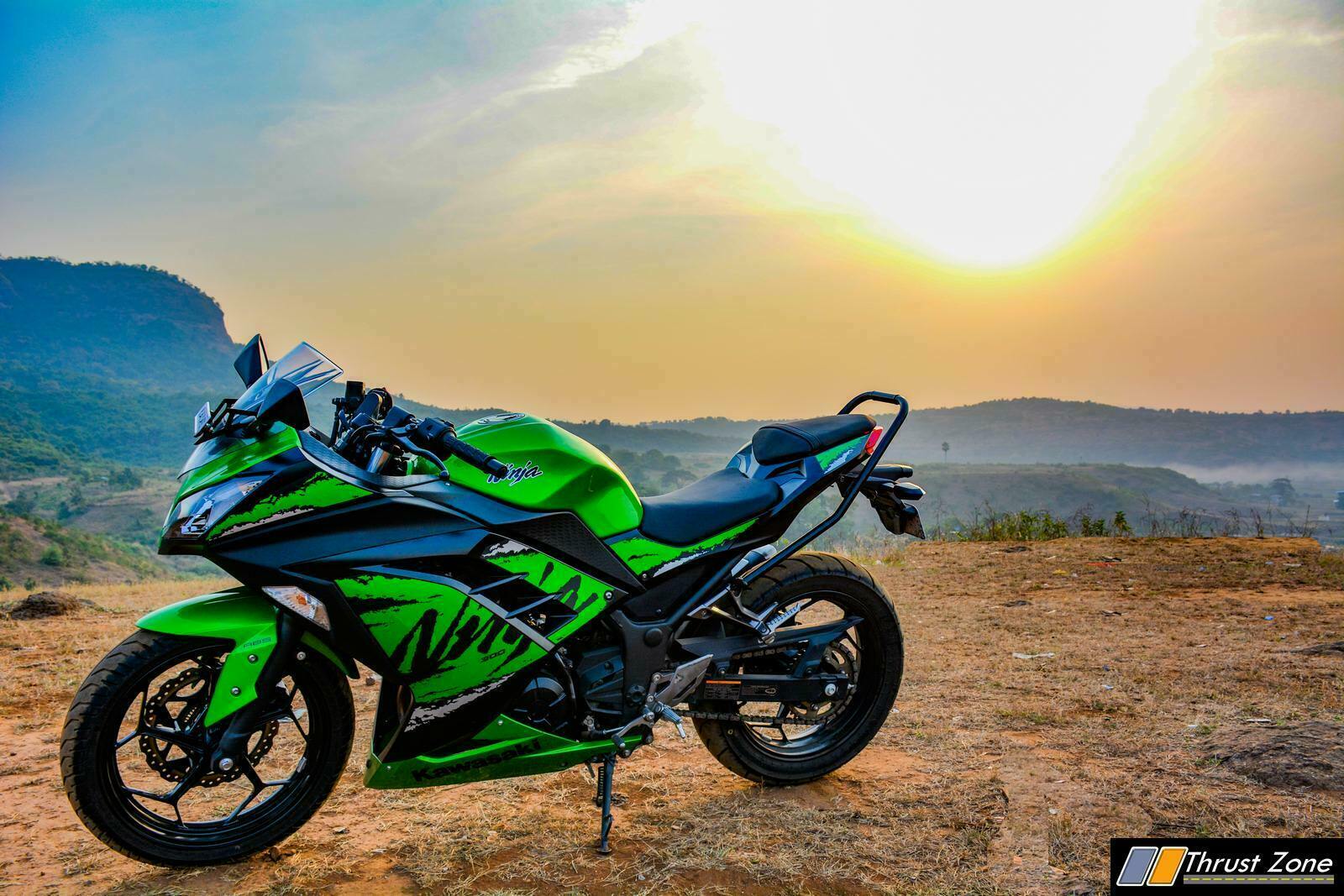 What has changed and noticed immediately is the loud graphics and introduction of a new lime green and blue color scheme. The bike draws attention with this combination but is a hit or a miss. The largest grab rail on any bike, probably in the world, is seen here and a barbecue grille inspired saree guard, also, the largest in the globe can be seen on this bike. All of this is courtesy of Indian standards and Kawasaki meeting them perfectly well. 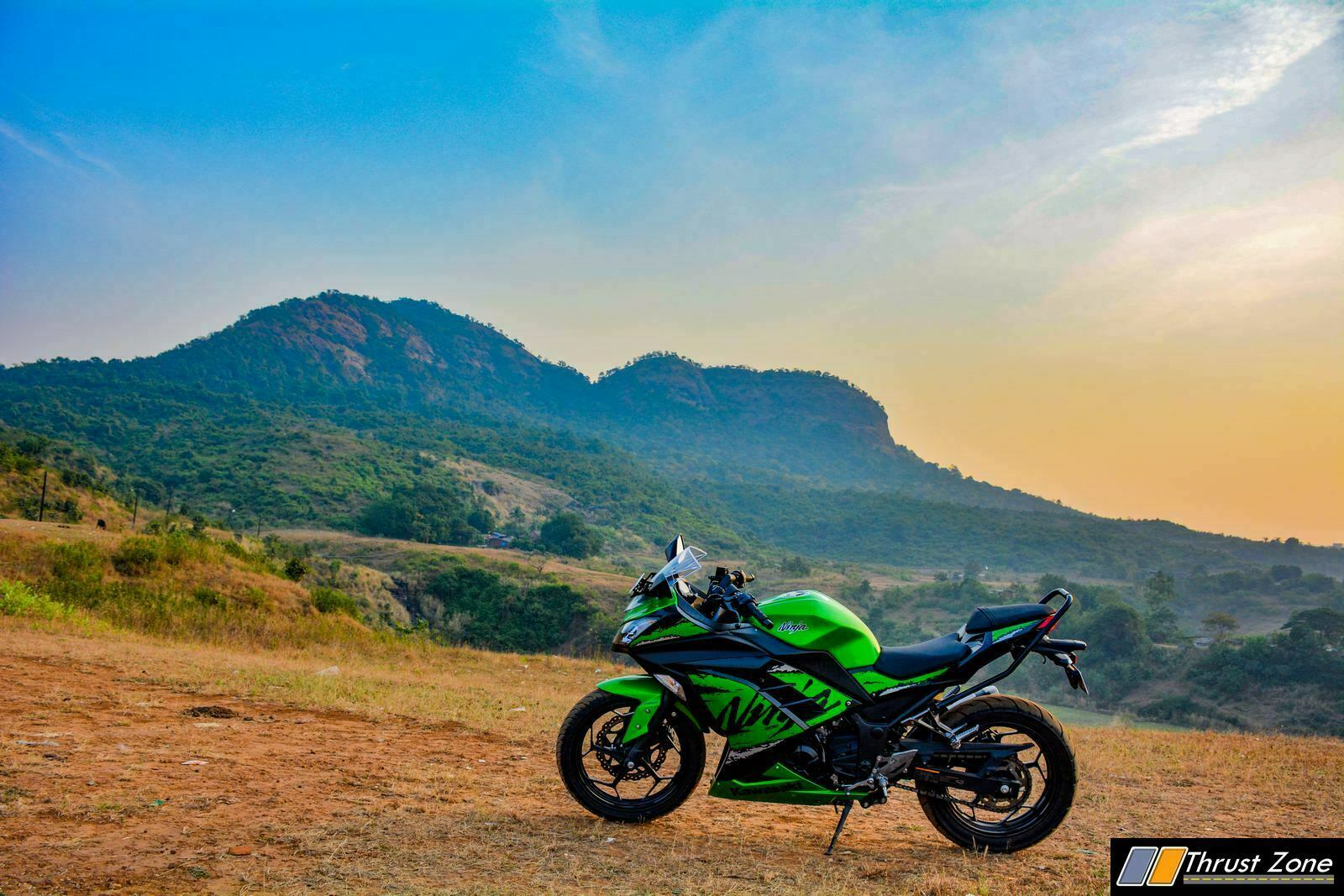 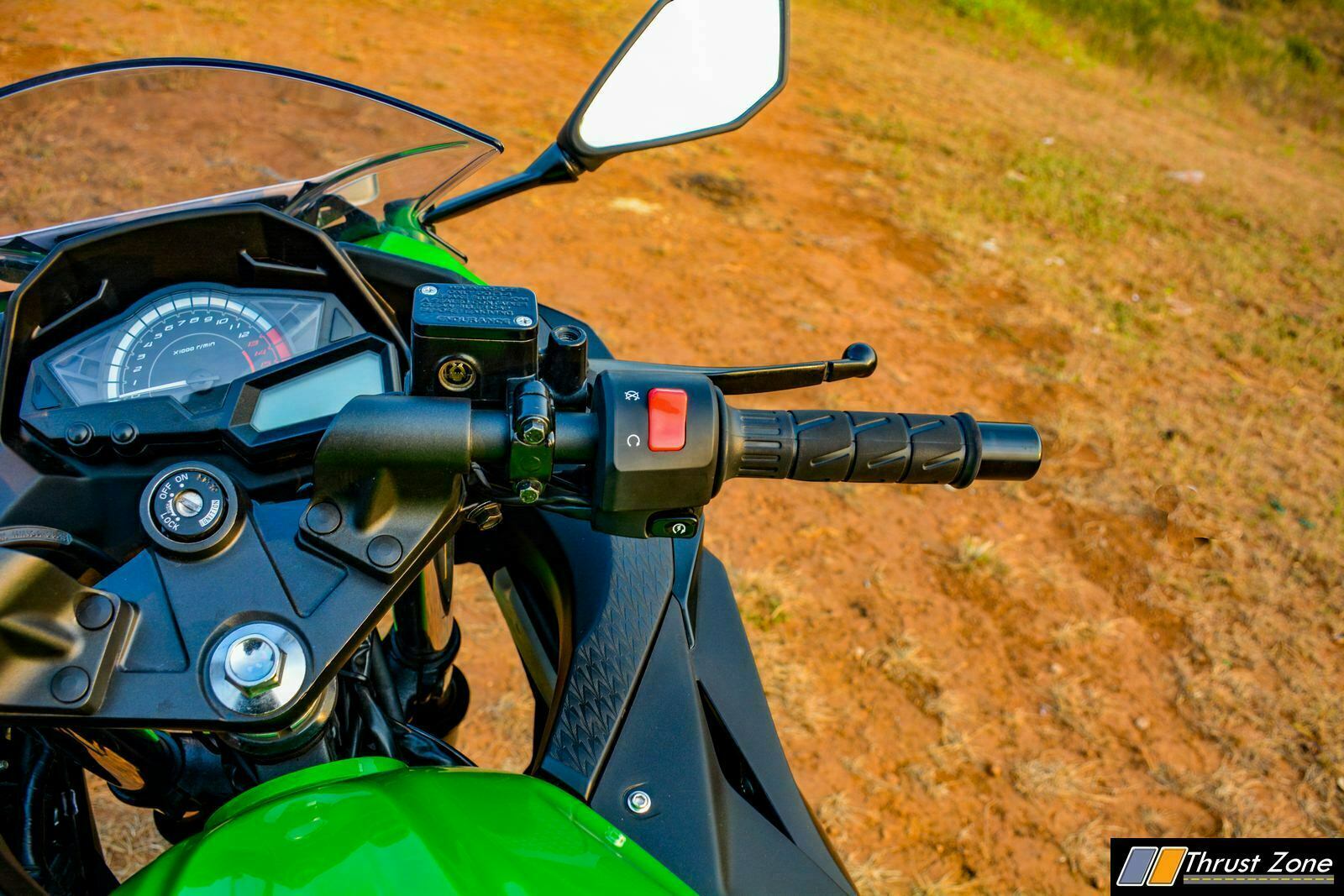 They remain the same. No Hazard light button on offer. Cluster is part digital and tachometer is analogue which is always great combination. However, apart from the usual tell tale lights, you don’t get any fuel efficiency parameters. You do get a ecometer but that’s the only thing apart from a fuel guage and a clock. 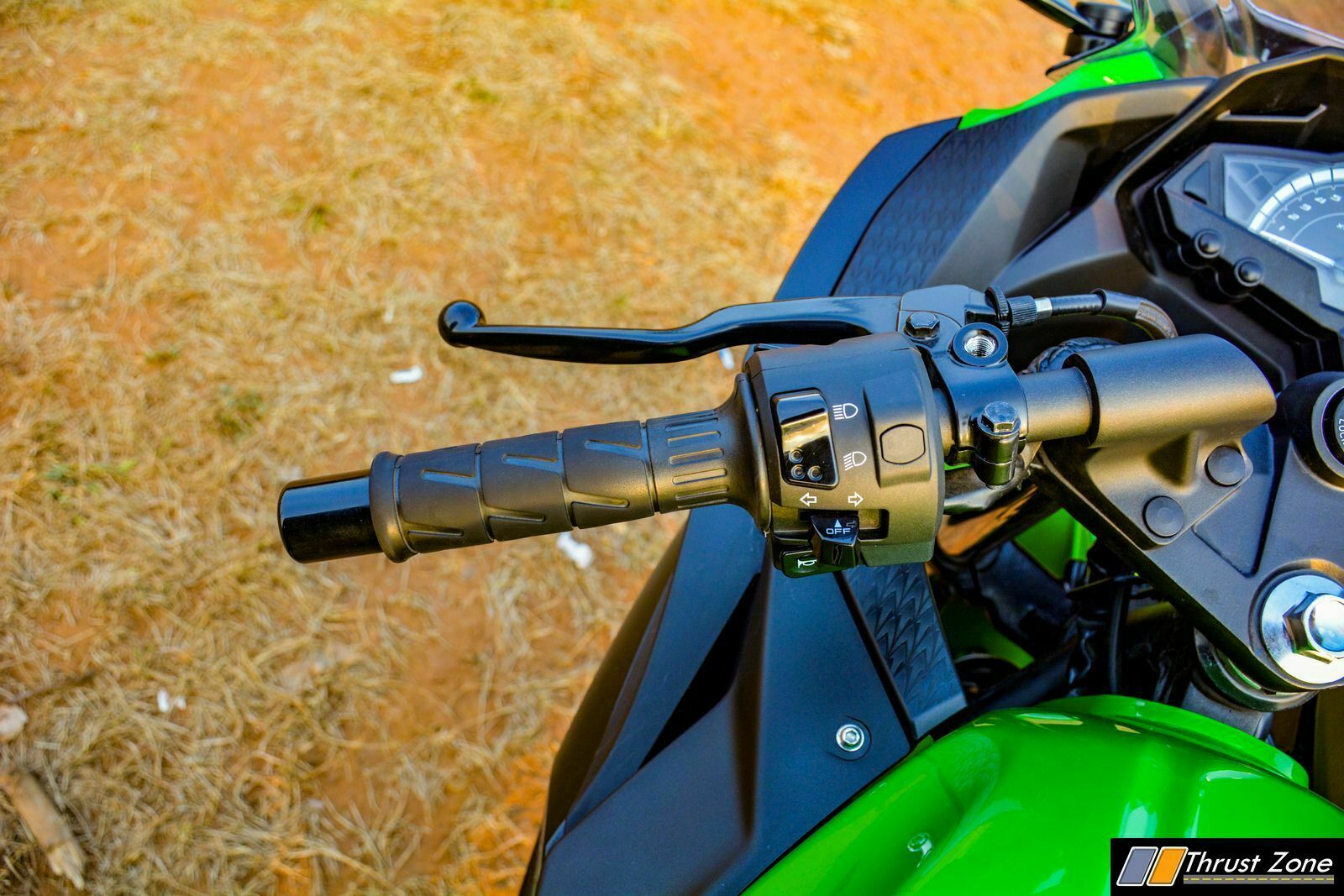 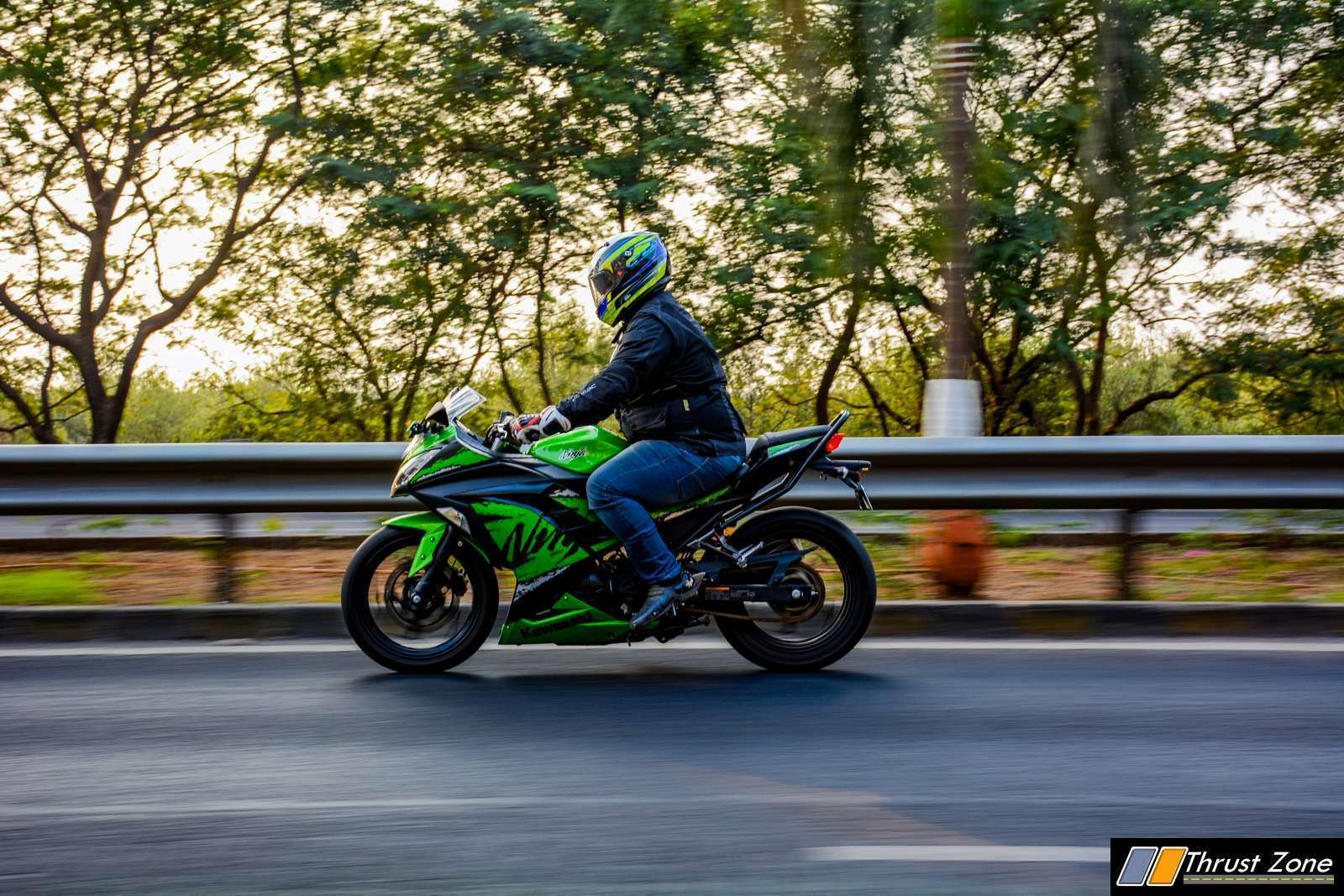 You sit high, the bars are set lower, but the seat height is very low and should not be a problem for anyone. Mirrors are mounted well to show what’s behind. The seats are bit hard and thin which promotes long distance touring, but riders may not appreciate this after some time or end up getting used to it. 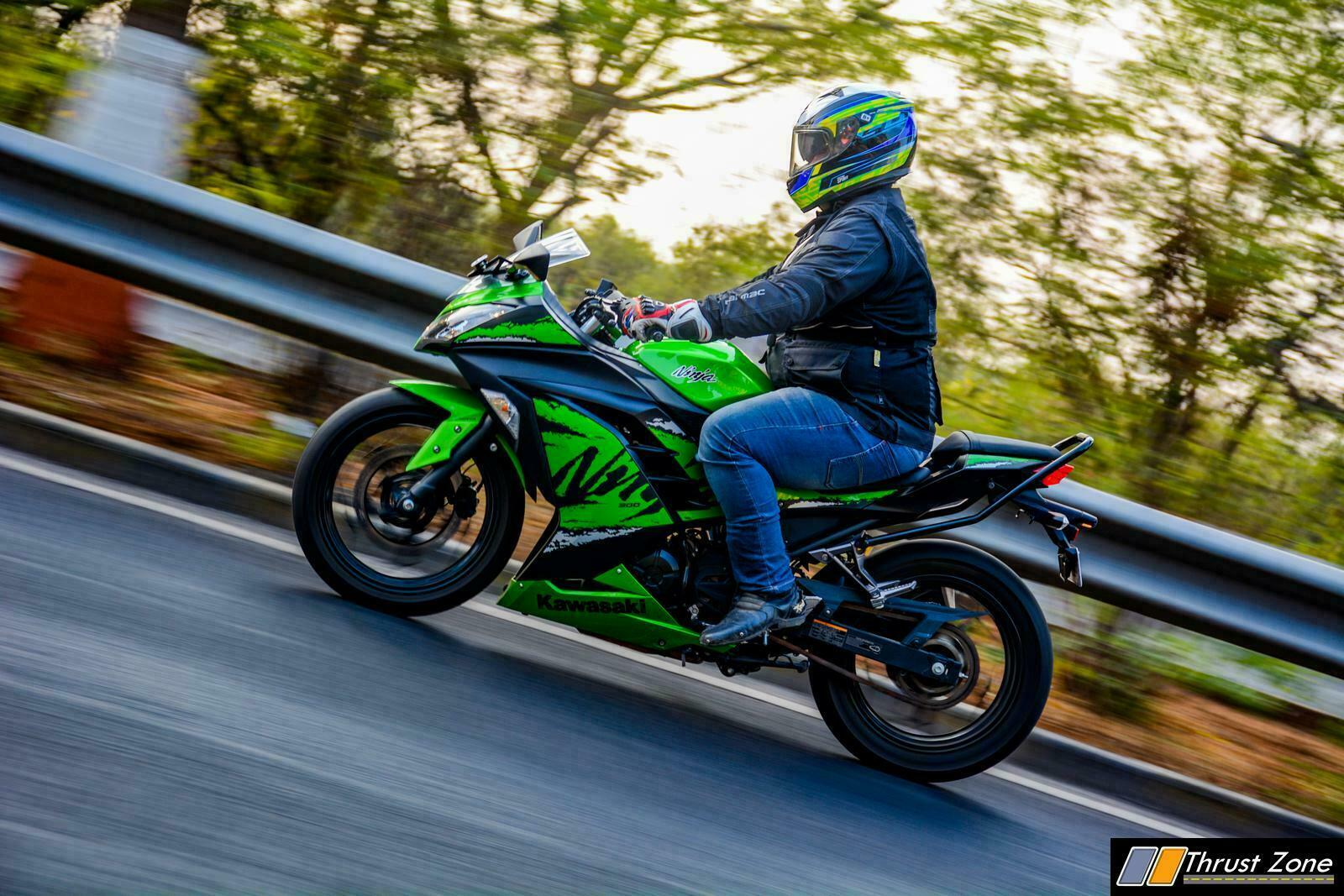 The riding part has stayed identical for most of the part. The engine is smooth, low on NVH and sounds great. The high, quick and free revving engine makes most of the power in the top-end of the power band. Mid-range is good and low-end torque is just about good enough. Rideability, despite this layout, is crispy and you can potter around city in higher gears at low RPMS and it pulls. 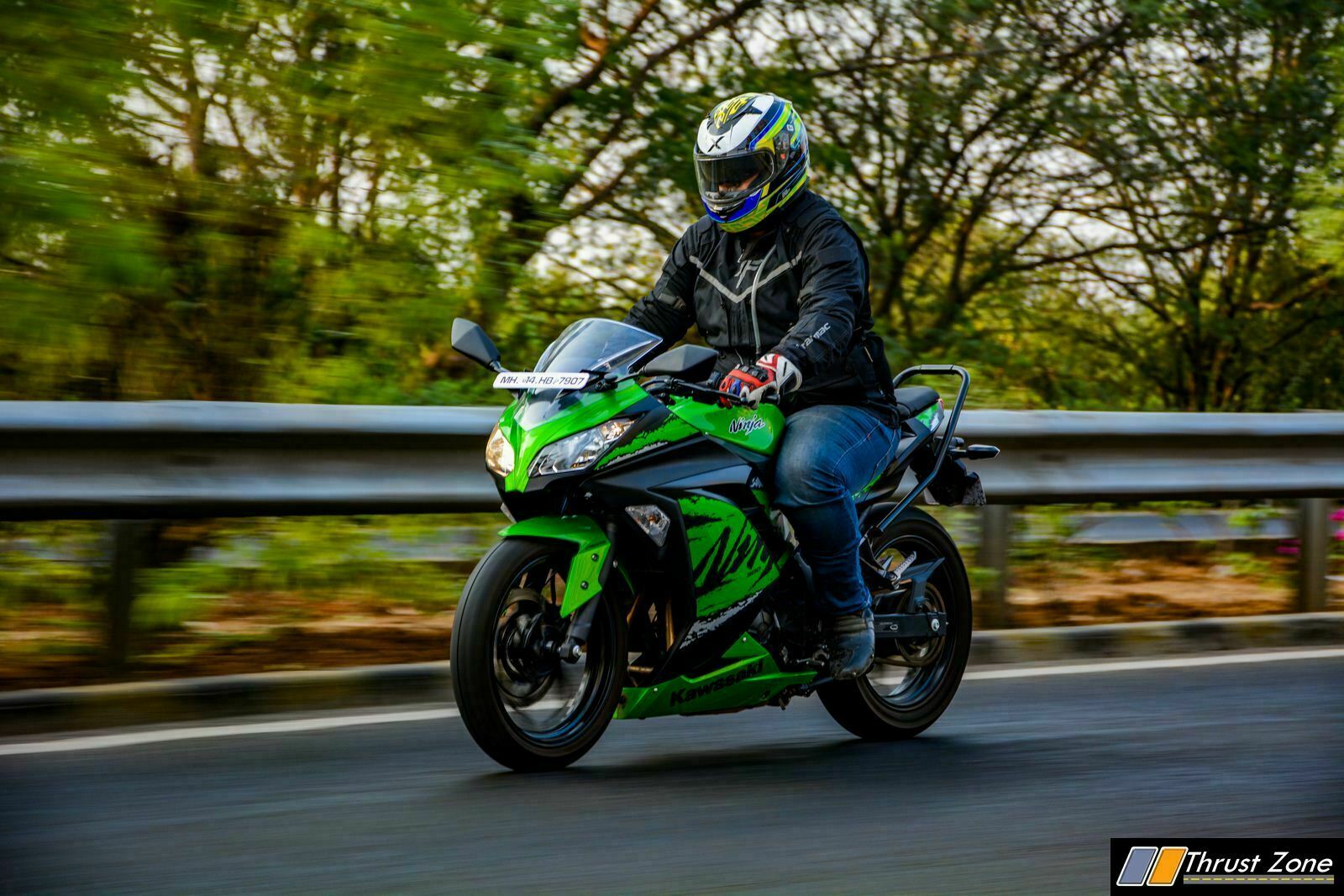 Sudden overtakes require downshifts, plan them and you will enjoy it and may end up redlining the motorcycle because the way does is in a cool and sporty manner. The 39 PS and 27 Nm of torque mated to an 6-speed gearbox is overall, still relevant as there are rivals competing in the same cubic capacity space which are offering less numbers. It also manages 32 km/l on the highway, 26 in the city and does 0-100 km/hr in 7.3 seconds. 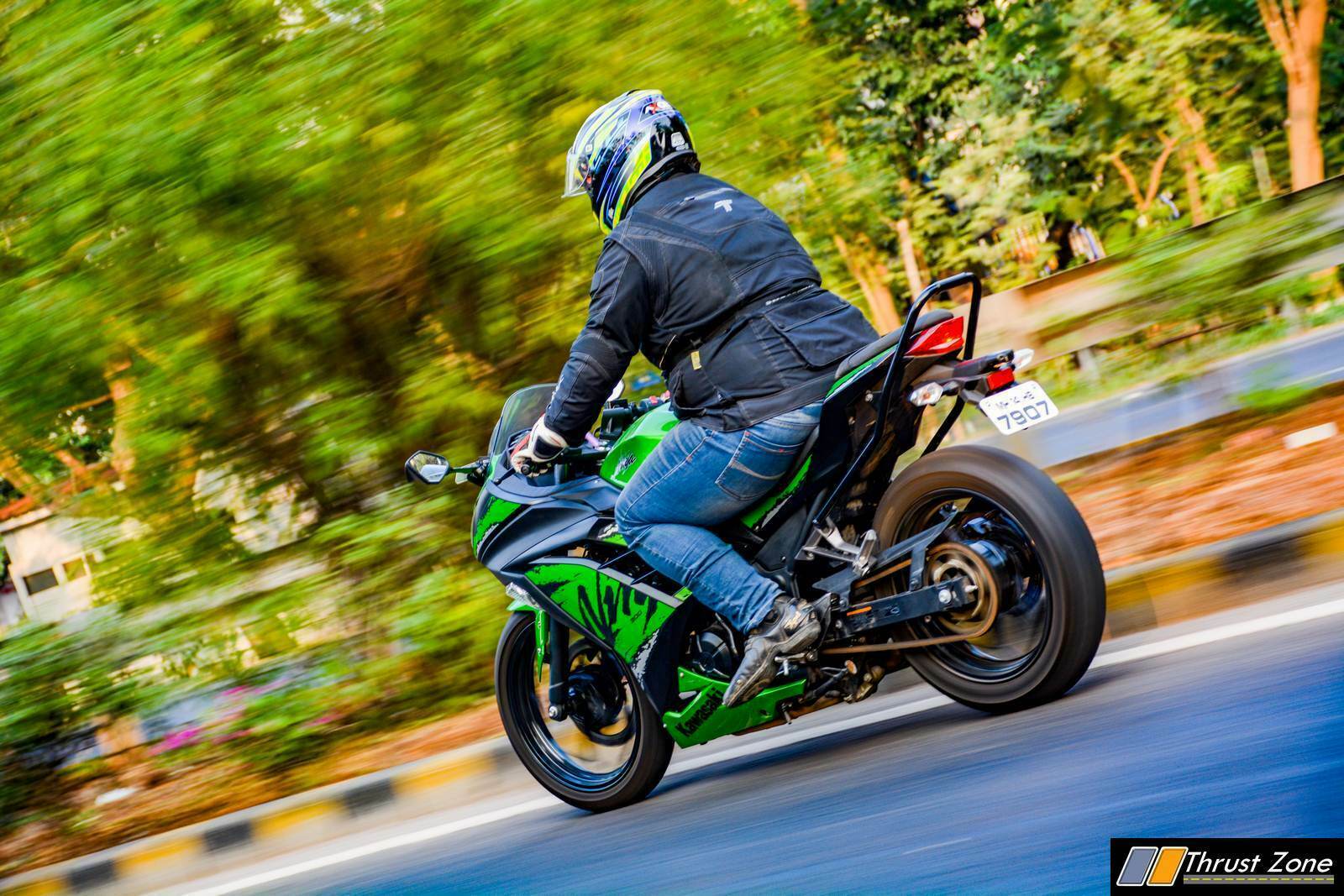 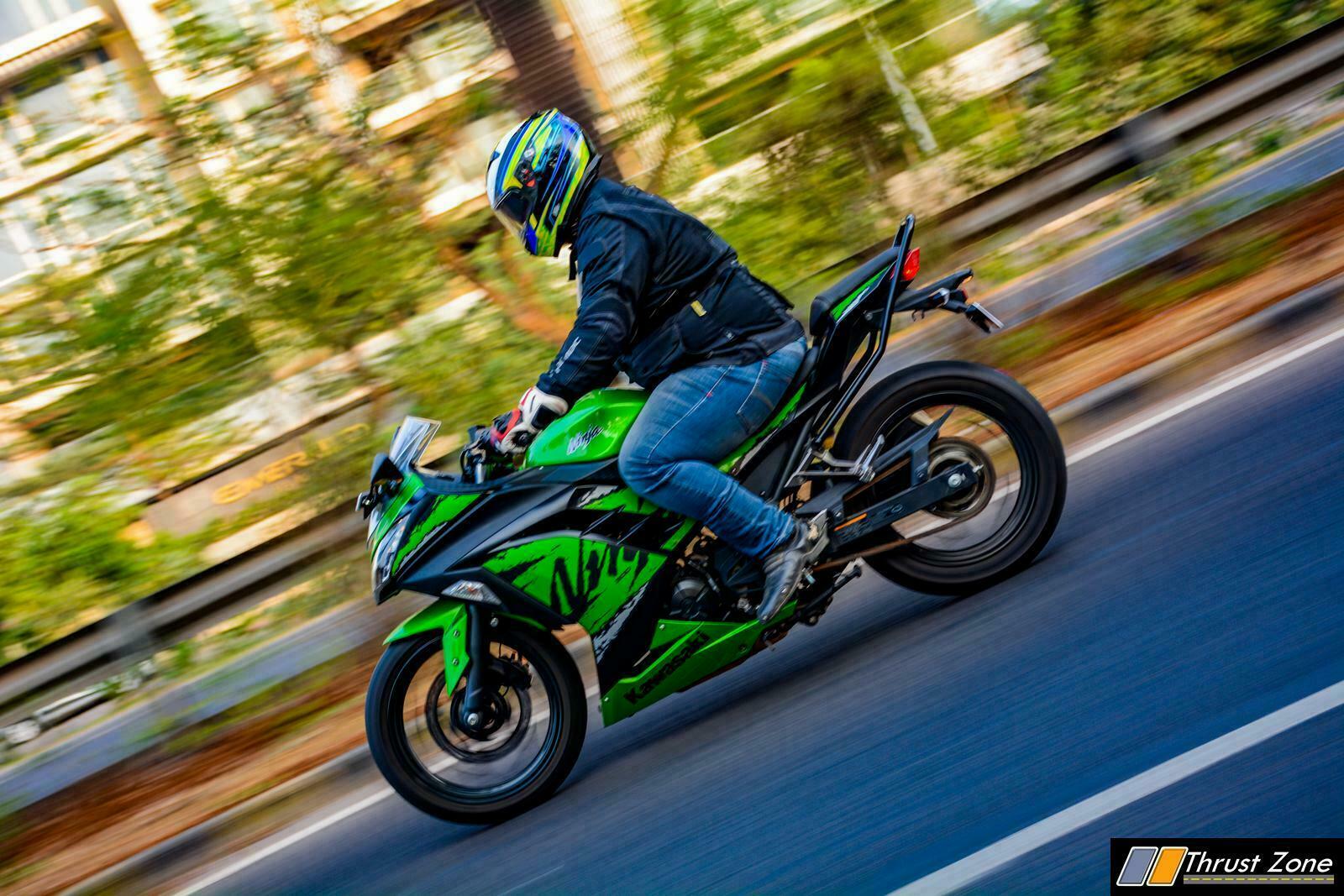 Dynamically, the Ninja remains poised and composed in high speed corners. The ride quality is good, albeit on the stiffer side. The new MRF tyres support more lean and they are grippy in wet and dry conditions. Sure it could have been more agile but the idea of the Ninja 300 has always been of a sports tourer. 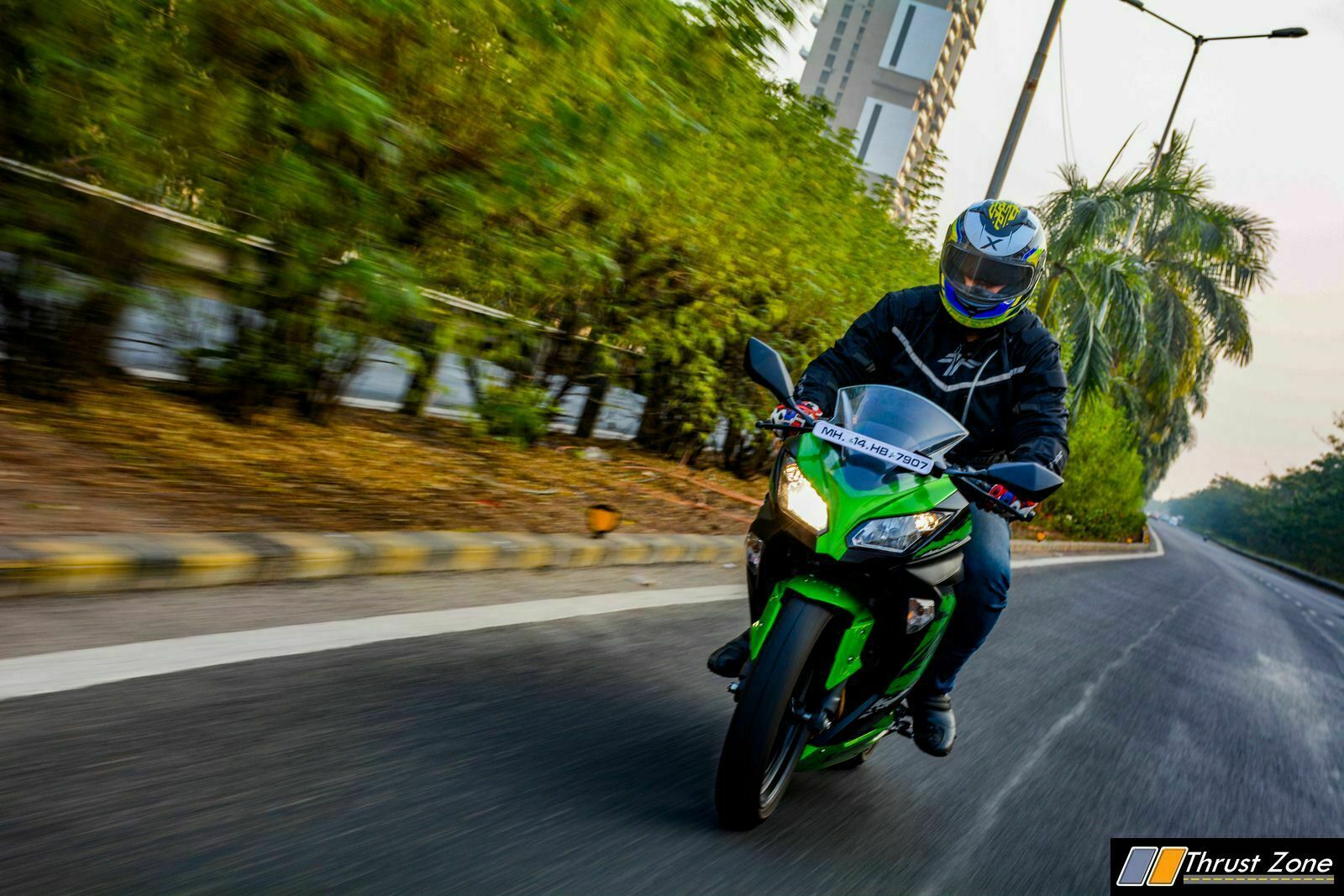 Rear suspension stays planted, front feels a bit soft when pushed hard which makes it just ideal for our conditions and mid corner bumps. Brakes had good bite with Endurance braking system used over the previous Nissin system. The initial bite continues to be lackluster, but progression and power is adequate. 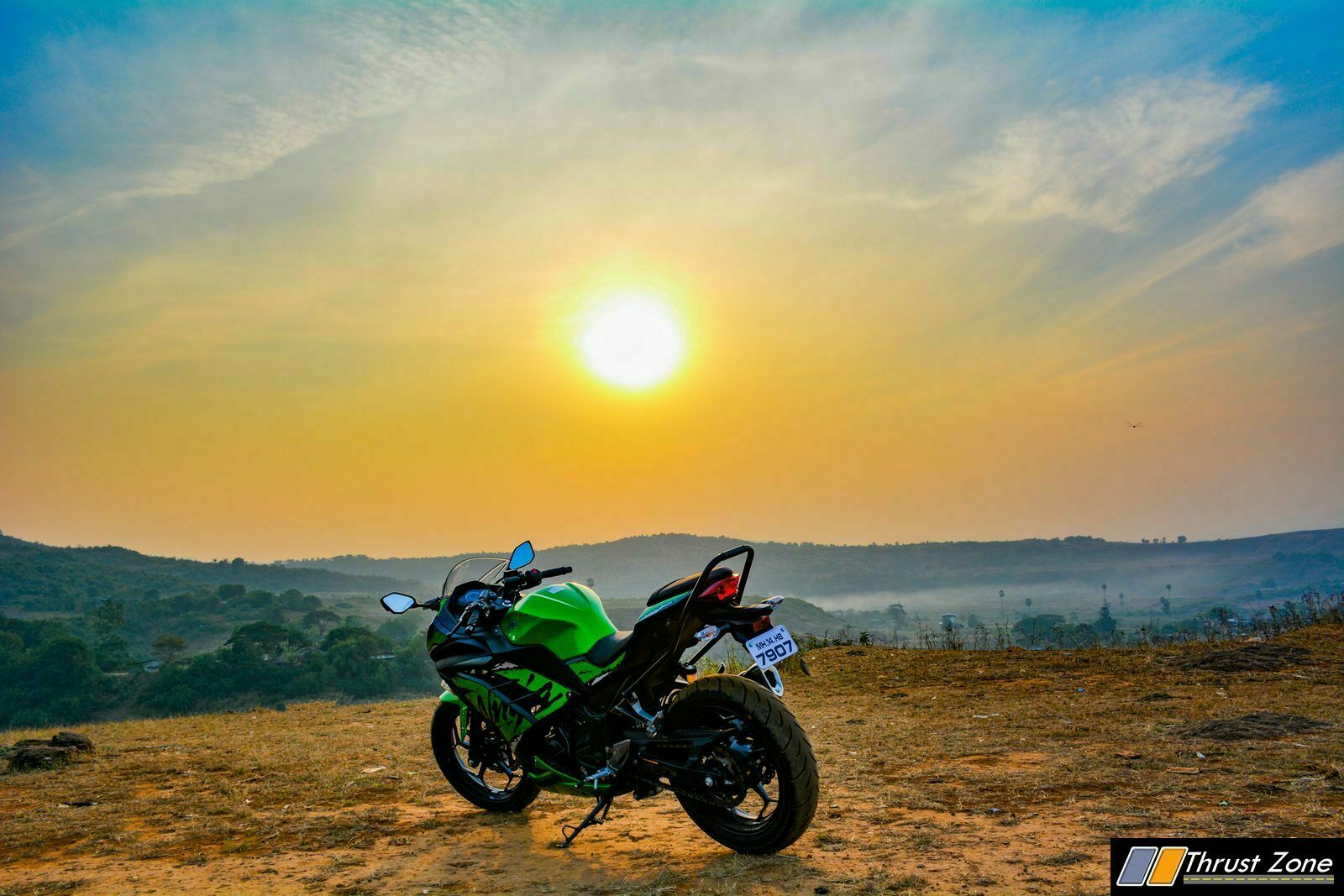 Overall, the Ninja 300 is a 6 year old motorcycle. The manufacturer did revise the price but the motorcycle is still expensive. Nevertheless, it is a good motorcycle to tour, commute, weekend rides, track days and long distance touring. It is an great upgrade over premium 150 and 200’s on offer in the market. Duke 390 is surely more tempting but the Ninja 300 is forgiving, has enough power to match it when required too. Desirable and relevant were the questions, the answer is yes.