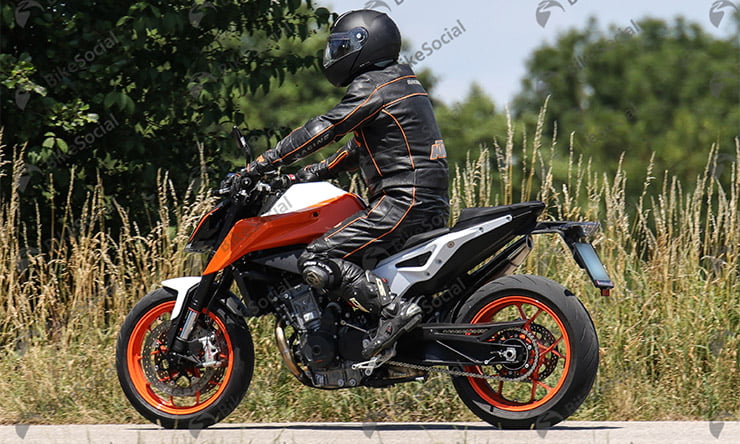 The 2019 KTM 790 Duke R has been spied testing in its production form. According to the spy images, we clearly can see that the styling of the 790 Duke R is similar to its base model but it gets the paint scheme of the KTM ‘R’. KTM has just not given the 790 Duke R some cosmetic upgrades, but it has also offered technical changes to it.

As seen in the pictures, even the suspension units are tweaked, it gets new forks at the front and they are fully adjustable for damping, rebound and compression. These forks can be adjusted with the help of adjuster screws and they are not available on the stock model. It is also expected that the rear monoshock suspension will also be upgraded for adjustability on the KTM 790 Duke R.

So with all the upgrades for the sportier suspension and brakes, this helps the 790 Duke R to gain better handling. With this, the 790 Duke R also gains a more extreme riding position. Along with the upgraded suspension unit and the brakes, KTM main focus is also to save weight on the 790 Duke R. The brake levers and gear levers are made of lightweight aluminum, whereas, KTM also plans on offering this KTM 790 Duke R with forged wheels instead of cast wheels. Also, the pillion foot pegs will most likely be added as an option. 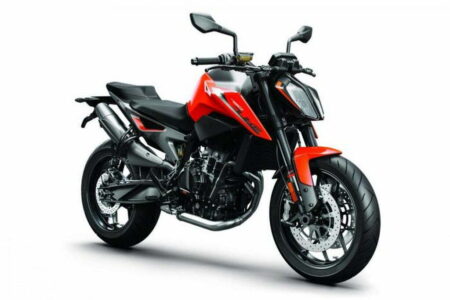 Bajaj Electric Motorcycle, Scooter and Husqvrana Brand Coming in 2019 – Plan For The Next Decade Out