2019 Tata Harrier To Get Updates In Areas It Lacks – Steering, Infotainment, NVH and More 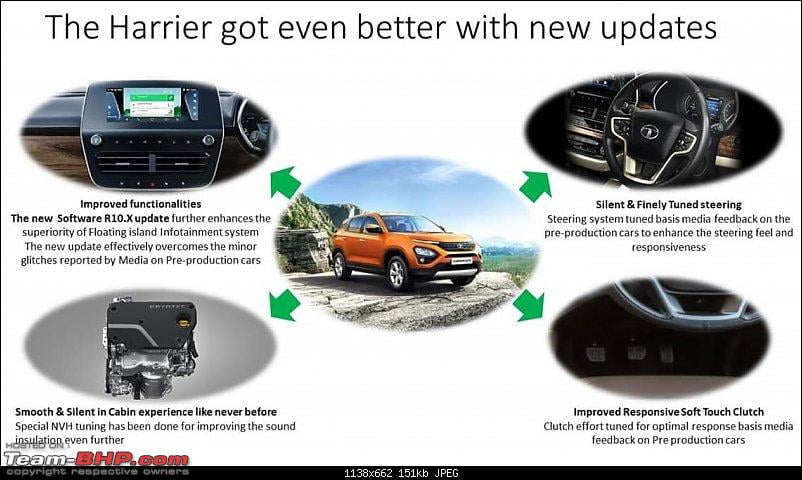 2019 Tata Harrier as it can be called, because updates will be given existing customers and new cars rolling out henceforth (Let’s Assume July 2019) will no longer have these issues

Since its launch in the Indian market in January 2019, Tata Motors’ Harrier is getting a good response from the customers. Recently the SUV has reached 10,000 sales milestone and Tata is leaving no stone unturned to keep this momentum intact. According to a recent report, the Harrier is all set to get a slew of improvements basis the feedback the company has received from the customers and media.

Among the improvements, the engine will be retuned for lower NVH levels while the floating touch screen infotainment system will receive an R10.X software update for a more seamless experience. Further, Harrier’s steering will be retuned for enhanced feedback and responsiveness while the clutch pedal will be adjusted for the optimal performance and response. All the existing customers of the Harrier will receive these updates free of cost at the time of the scheduled service of the SUV. 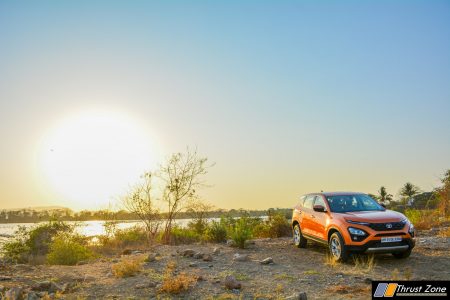 Just so you know, Tata Harrier is based upon an Omega-Arc platform which is a modified version of D8 platform of Land Rover. Currently, the SUV is available only in 5-seat version though Tata is working on its 7-seat version called Tata Buzzard which will come to market soon. In terms of features and equipment, Tata Harrier is quite loaded – it has got projector headlamps, LED DRLs, fog lamps with cornering function, 17-inch alloy wheels, an 8.8-inch touch screen infotainment system with Android Auto and Apple CarPlay connectivity, 6 airbags, electronic stability program, and reverse camera parking system. 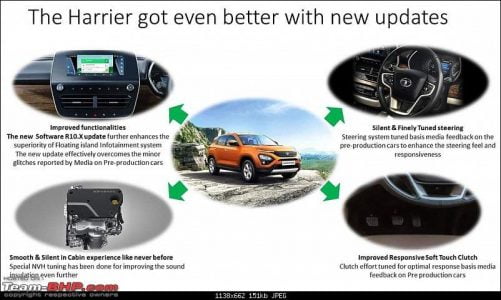 Under the hood, Harrier comes powered by a 2.0-liter turbocharged diesel engine capable of putting out 140PS and 350Nm. It is available with a 6-speed manual transmission. Recently, Tata has introduced two new dual-color options in Harrier’s range and the SUV retails between Rs 13.00 lakh – 16.76 lakh in the Indian market (ex-showroom, Delhi).

When we tested the car, post launch, it already had better NVH then pre-production version, a better infotainment system. The steering problems were noticed by us and reported in our review. Kudos to Tata to take such a step which needs more time and money to execute.