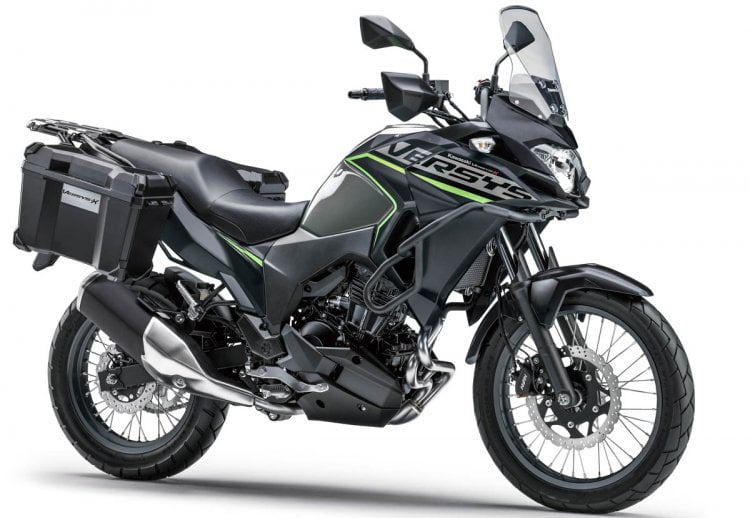 Japanese bike maker Kawasaki has launched 2020 Versys-X 250 in Indonesia at a price of IDR 67.9 million. In Indian currency, this price is equivalent to Rs 3.48 lakh which is quite alright from the market perspective. Indian market will receive similar cosmetic update for the Versys 300 that we have here once the engine is ready and launched as a BS6 avatar.

The significant change in the new bike is the addition of the new Grey color that along with sporty graphics makes the look of the bike quite attractive. Specifically, Versys graphics used by the company on either side of the fuel tank adds to its visual appeal immensely. The bike also features some other significant features such as knuckle protectors, crash guards, and case panniers. However, it is difficult to say whether these are parts of the original equipment or offered as accessories. It is important to note that 2020 Versys-X 250 comes sans ABS system with stopping power provided by the 290mm and 220mm front and rear discs respectively. 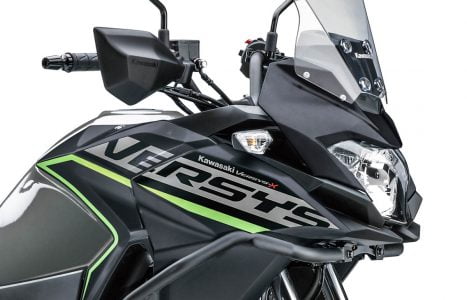 2020 Versys-X 250 comes powered by a 249cc twin-cylinder engine capable of putting out 34 PS and 21.7 Nm of max power and max torque respectively. The engine is liquid-cooled and in order to get the precise injection for sharper responses, an electronic fuel injection system has been used. This has also helped to reduce pollutants from the bike. In terms of transmission duties, Kawasaki has employed a 6-speed gearbox to channelize the power to the rear wheel of the bike.

As far as the Indian scenario is concerned, Versys-X 300 is listed on the official website of Kawasaki although the bike is yet to receive a BS6 upgrade. In fact, it is not clear whether the bike will be upgraded to new emission norms considering the fact that it hadn’t been able to attract buyers in desired numbers. The BS6 bikes from the Kawasaki house in India is Versys 1000, W800, Z650 and Ninja 650.