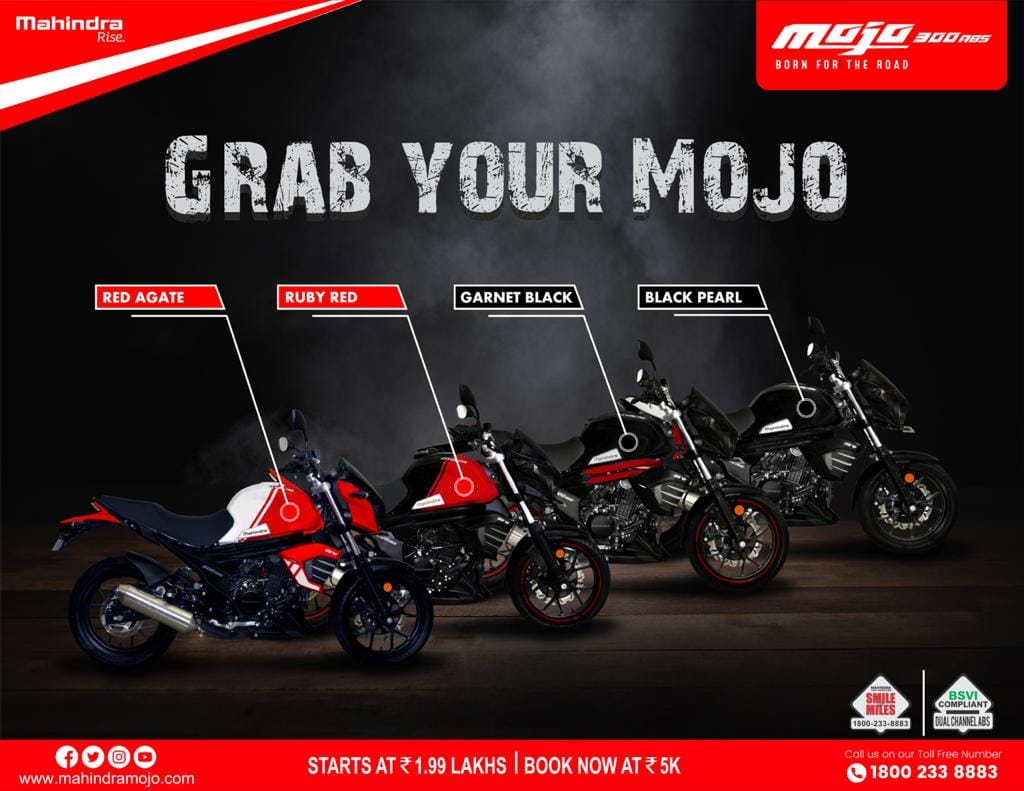 The Mahindra Mojo was pulled off the market with the transition to BS6 emission norms in April this year. However, the motorcycle is only temporarily away from the dealerships. The latest pictures earlier revealed that the Mahindra 2 Wheelers is readying the BS6 compliant version of the Mojo sports tourer that was recently spotted testing too. The report further suggests that the Mahindra Mojo BS6 was originally scheduled to go on sale this month. Now, the motorcycle is finally launched at Rs. 1.99 lakhs. Prices are up by Rs. 4000 over the previous version which was priced at 1.95 lakhs. This could be an introductory price too.

The model is sporting a heavily updated 295 cc single-cylinder engine with fuel-injection to meet the new emissions compliance. The exhaust will also get a larger catalytic converter as part of the update. Now remember, a derivative of the Mojo’s engine also powers the Jawa motorcycles in the Mahindra Group, so it won’t be all that complicated to meet the new regulations. The Mojo in its BS4 avatar produces 27PS and 30Nm, but now power down is to 25.35 PS and 25.96 Nm of torque. The 6-speed gearbox will be carried over on the motorcycle. 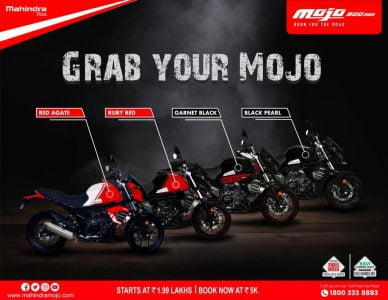 The 2020 Mahindra Mojo BS6 does not get any cosmetic changes over the current model. This is a big bummer when you consider the motorcycle has not received any major design refresh since its launch in 2015. The last update saw the bike lose the LED daytime running lights and an exhaust muffler (instead of twin silencers on the original model). The golden twin bars that have been a signature element on Mahindra bikes, are now painted black. The previous update also saw the bike divided into two variants – the lower priced UT300 and the XT300. However, the lower variant was then dropped with the BS4 version that became a mix of both versions. 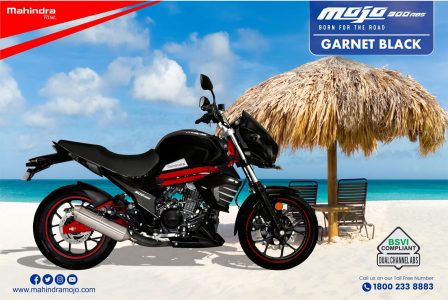 A highly-capable engine and certainly has splendid mile munching qualities. However, the biggest deterrent to its popularity has been Mahindra’s lack of vision in the offering. With no regular updates and limited availability and the fact that it’s sometimes of sale for months together, has ensured the bike sees limited desirability. The Mojo BS6 re-enters a segment that’s now populated by sports tourers and adventure motorcycles. We hope ride and handling now a stronger aspect of the motorcycle unlike before. The 2020 Mahindra Mojo BS6 blocks horns against the Bajaj Dominar 250 head on. Suzuki Gixxer 250, Yamaha FZ25 and KTM Duke 200.