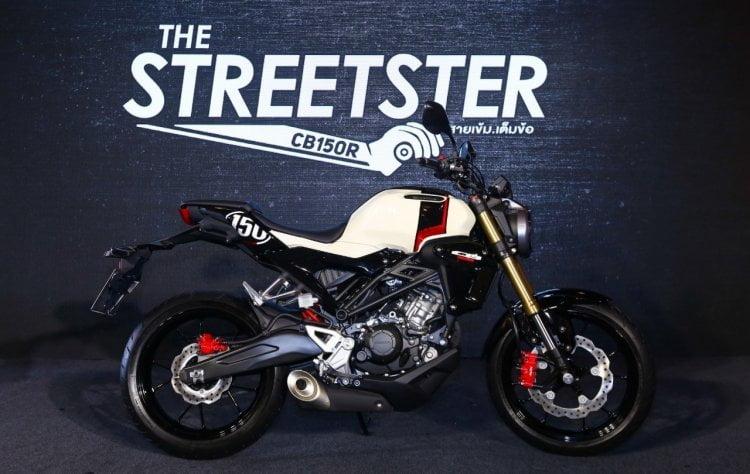 2020 Honda CB150R Streetster looks like the CB300R that was launched in the country and was successful already as its sold out. Could this come to India?

2019 Bangkok International Motor Show has become the launch platform for the 2020 Honda CB150R Streetster. The bike is an upgraded version of CB150R Ex-Motion and has been launched by Honda at a price of 99,800 baht which translates into Rs 2.16 lakh in Indian currency terms.

Based on the theme of Neo Sports Cafe, the Streetster brings to the table uniquely designed fascia with full LED headlamp in a spherical shape. The instrument cluster has been sourced from the CB300R while the tail lamp and blinkers also get the LED element. The uniquely designed dual-tone fuel tank is another highlight of the bike.

The matte black finish on the top of the tank looks very desirable while shrouds add to the muscular look of the bike. The rear also has got its own share of interesting details which includes split saddle, graphic stripe, red calipers, underbelly exhaust, and uniquely placed 150 badge among others. 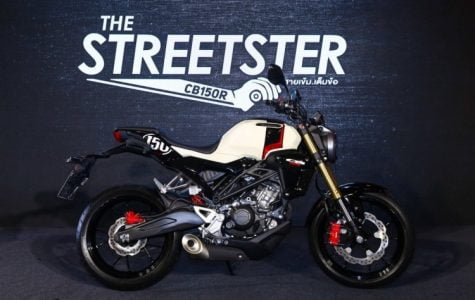 The 2020 CB150R Streetster features 41 mm USD forks at the front while at the rear a monoshock suspension system has been used. Dual-channel ABS system on the bike is complemented by G sensor which prevents lifting of the rear wheel in case of heavy braking maneuvers. 296 mm and 220 mm front and rear disc brakes are standard on the bike.

In terms of engine specifications, new 2020 Honda CB150R Streetster comes equipped with 149cc, 4-valve, liquid-cooled engine which uses the advanced fuel-injection technology to make motive force. The company hasn’t revealed output but we expect power to be in the range of 18-20 bhp. The engine comes mated to a 6-speed gearbox. Honda could bring Streetster to India; however, CB150R ExMotion is more likely to come to our shores. When that happens, CB150R will compete against the likes of KTM 125 Duke and Yamaha MT-15.