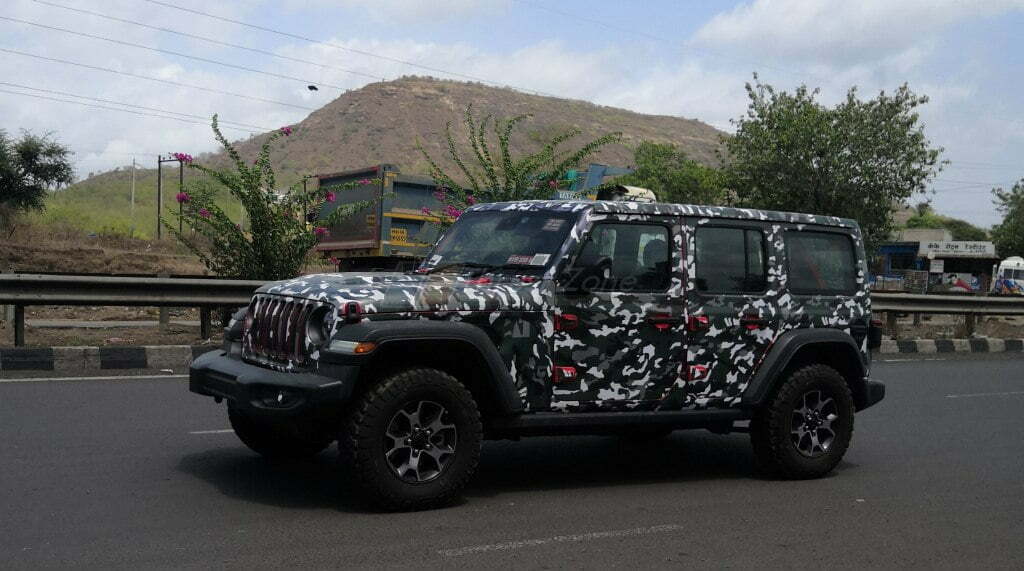 2020 Jeep Wrangler India Launch can be done by this year end or early next year. It needs to get the price right this time!

In midst of all the latest SUV launches, here we have something for the latter part of 2019, precisely for Q3 2019. It’s American, has a great road presence, can take you quite literally to all types of terrain, on-road/off-road. But most importantly, it’s refreshed and now seems to have even more bells and whistles.

In the latest news we’ve have come across the all new Jeep Wrangler. Depicting the fact that the 2020 Jeep Wrangler India Launch On Cards. From what we’ve seen so far is the new Wrangler looks more buffed and chunky. Seemingly retains the Wrangler styling, is equipped with Jeep’s U-connect infotainment system and has a new dashboard. The 2019 Jeep Wrangler has been tested on our Indian roads wearing an ‘On Test with ARAI’ sticker which gives a hint of it’s impending launch in Q3 2019. Here’s what catches one’s fancy for the 2019 Jeep Wrangler. 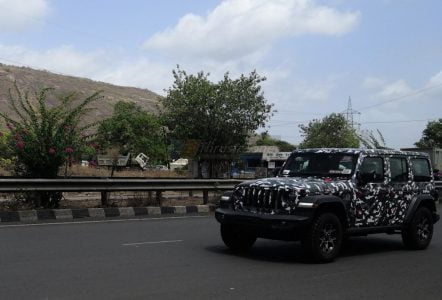 The 2019 Wrangler still carries the iconic 7-slat grille and the round headlights. What’s new? The DRLs mounted on front wheels arches making the bumper and the whole front end look more chunky and appealing. Talking about the front end, the front bumper has the pair of fog lamps housed in it for more visibility. The Wrangler posses hard-core off-road qualities and thus the rear end of SUV has a spare tyre mounted on it’s boot like any other off-road vehicle. The rear bumper contributes to an equal beefy look just like the front and has wide wheel arches and modern looking LED tail lamps.

The 2019 Wrangler spied in India is the Sahara edition and comes with a hard top, dual tone alloys and chromed bordered LED headlights.The U.S.bound Wrangler has a soft top variant and also 3 door and 5 door options. What we’re yet to find out is the interior for the Wrangler spied on the Indian roads. Does it match the U.S. spec Jeep Wrangler or is it narrowed down to the Indian norms and standards? 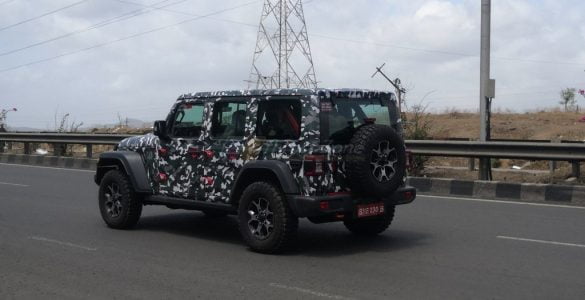 The 3.0 Litre V6 Diesel engine makes 260ps and 600Nm and the 2.2 litre 4 cylinder Diesel makes 200ps and 450nm of torque. The only transmission options to be mated with the engines is the 6 speed manual transmission or the 8 speed Automatic transmission. It’s still blurry of which engine and gearbox option will we find in the Indian 2020 Jeep Wrangler. Being a Jeep Wrangler the SUV will be loaded with off-road essentials such as the four wheel drive, hill descent control, off-road modes and a lot more. The Jeep Wrangler loaded with all the new add-on will soon hit the Indian roads with an expected price tag of Rs. 50-60 Lakh.