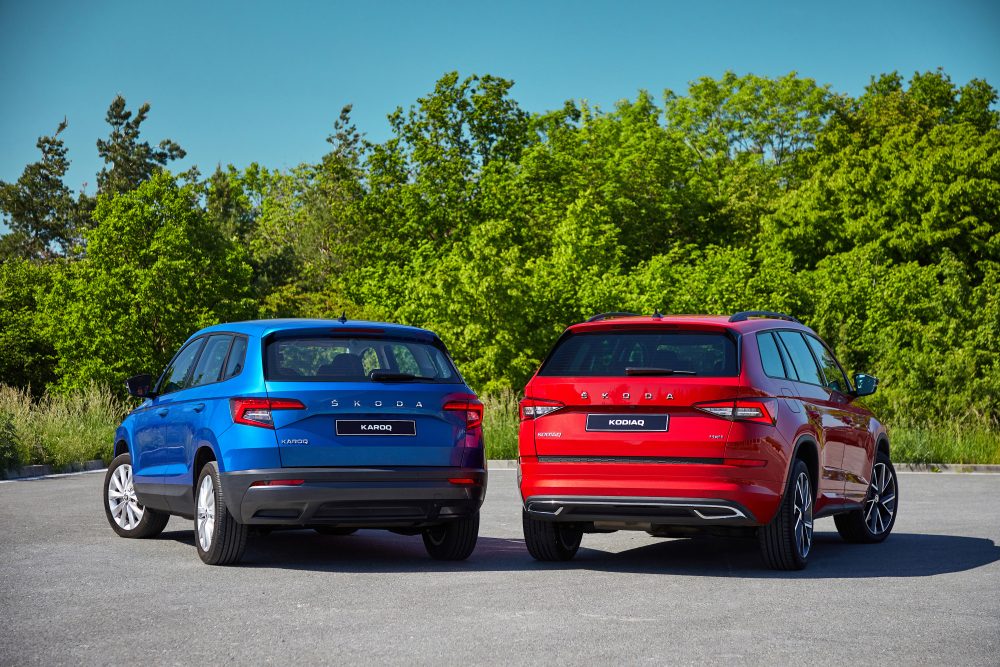 2020 Skoda Kodiaq and Karoq are being enhanced with equipment for even more safety and comfort. Side Assist is now available for both models, for example, and warns the driver of vehicles in the blind spot up to 70 m away. One distinguishing visual feature that the latest versions of both popular SUVs have in common is the ŠKODA lettering on the tailgate. This hallmark adorns the new ŠKODA SCALA and KAMIQ compact models as well as the recently updated SUPERB, and will now gradually feature on the rear of all ŠKODA models.

Side Assist with a range of 70 m
The optional Side Assist has been added to the comprehensive selection of assistance systems for the ŠKODA KODIAQ and KAROQ, replacing the previous Blind Spot Detect in both SUVs. In the new system, the range increases from 20 to 70 m. It uses two radar sensors to detect vehicles approaching from behind or that are in the car’s blind spot. The warning signals have been made more noticeable for the driver too. Rather than being situated in the mirror’s glass as they were before, the light signals are now found on the insides of the wing mirrors. They are considerably easier to notice and their brightness can be adjusted. The system works while accelerating at speeds of 15 km/h or more and down to a speed of 10 km/h while braking. Rear Traffic Alert is an integral part of Side Assist too. It warns the driver about objects moving behind the vehicle when reversing.

Adaptive chassis (DCC) can now also be combined with front-wheel drive
The optional adaptive chassis (DCC) considerably boosts comfort in both ŠKODA SUVs. It is no longer exclusively available with all-wheel-drive vehicles, but can now also be ordered in conjunction with front-wheel drive. Boasting electronically adjustable shock absorbers, DCC automatically adapts the shock absorption to suit the road conditions and the current or preferred driving style. Via Driving Mode Select, the driver can also choose between three shock absorption modes – Comfort, Normal and Sport – which offer a variety of driving styles ranging from particularly comfortable to sporty. 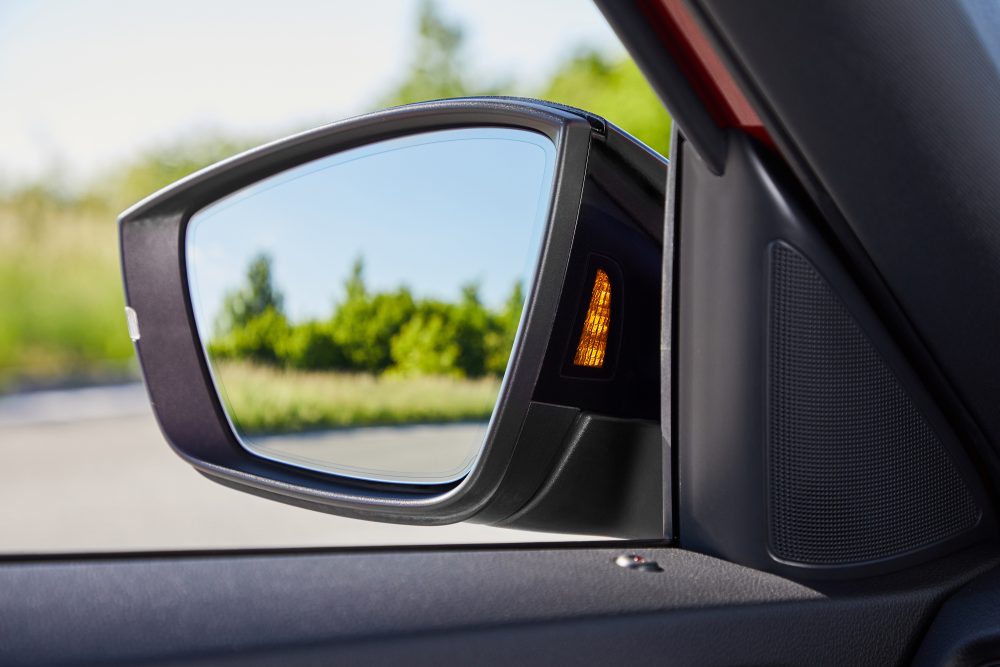 KESSY with a motion sensor
ŠKODA is gradually equipping all of its models with the KESSY vehicle entry key with a motion sensor, thereby reducing the risk of the car being stolen or broken into. In this system, which is optional for the KAROQ and KODIAQ, the key’s transmitter signal switches off automatically after 15 minutes of no movement – if it is placed in a drawer or on a desk, for example. As soon as the key is moved again, the transmitter function is re-activated. The ŠKODA KAROQ or KODIAQ can then be opened conveniently as usual and switched on using the start button, without the need to take out the key.

New 2.0 TDI for the ŠKODA KAROQ
A new 2.0 TDI with a power output of 140 kW (190 PS) has been added to the ŠKODA KAROQ’s range of engines. Of course, it also fulfils the Euro 6d-TEMP emissions standard, having been fitted with an SCR catalytic converter including AdBlue injection and a diesel particulate filter. The engine, which is already familiar from the ŠKODA KODIAQ, is combined with all-wheel drive and a 7-speed DSG transmission as standard.

An SUV success story: the ŠKODA KODIAQ and KAROQ
In autumn 2016, the Czech brand kicked off its major SUV campaign as part of its 2025 Strategy by launching the ŠKODA KODIAQ. The compact ŠKODA KAROQ followed a year later. With these two cars, ŠKODA captured the zeitgeist as well as met the needs of the customers in the globally booming SUV segment. Since then, the ŠKODA KODIAQ and ŠKODA KAROQ have become key pillars of the company’s global growth strategy. Around 360,000 ŠKODA KODIAQs have been produced worldwide since the car’s launch in autumn 2016. Its line-up consists of a wide range of models: the rugged KODIAQ SCOUT, the KODIAQ SPORTLINE, the sophisticated KODIAQ L&K and the sporty top-of-the-line KODIAQ RS. Since autumn 2017, more than 220,000 ŠKODA KAROQs have already been manufactured; ŠKODA’s compact SUV is also available as a SCOUT and SPORTLINE variant.

Kodiaq is already here and Karoq is India bound. We don’t know whether these will make to Indian market for now. Stay tuned for details on the 2020 Skoda Kodiaq and Karoq .