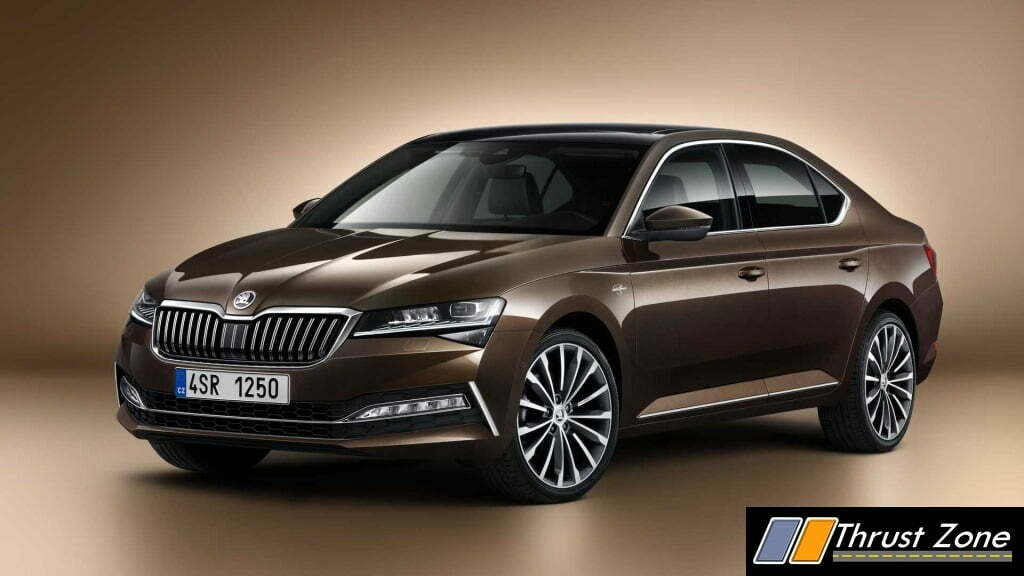 Design and technology update for the ŠKODA SUPERB:

Three and a half years after the launch of the third generation, the brand’s flagship has been comprehensively modernised. What’s more, ŠKODA’s top model is for the first time available as a SUPERB SCOUT, and by the end of the year there will be introduced also the SUPERB iV plug-in hybrid. Technological highlights such as full LED Matrix headlights and an even wider range of innovative assistance systems make the ŠKODA SUPERB one of the safest and most comfortable cars in its segment; in terms of spaciousness, it sets the benchmark for mid-size cars. 2020 Skoda Superb India version will be the basic version that we will get.

ŠKODA has further enhanced the SUPERB and SUPERB COMBI, upgrading its flagship with new technologies and an even more sophisticated interior. In spring 2019, the third-generation SUPERB, which was introduced in 2015, surpassed the mark of 500,000 units produced. The SUPERB COMBI accounts for approximately 54 per cent of SUPERBs sold in Europe.

Thus, the ŠKODA SUPERB is a very successful mid-size car there as both a hatchback and an estate, enjoying a wide customer base thanks to its many talents and benefits. The SUPERB cuts a fine figure as a business car, and is expected to increase the proportion of fleet vehicles even further – which is currently at 82 per cent*. What families love most about the ŠKODA SUPERB is its generous amount of space, versatility and exceptional value for money. The new SUPERB SCOUT appeals to customers focused on multifunctionality and lifestyle, and taps into new groups of buyers for the model range. 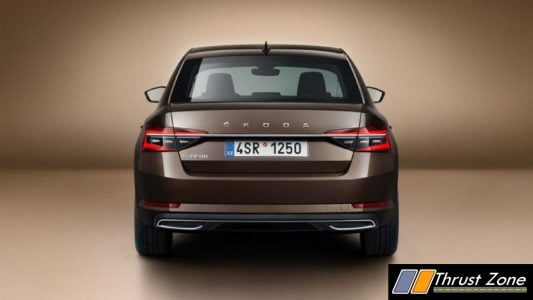 Full LED Matrix headlights and new assistance systems
Full LED Matrix headlights are available for the first time in a ŠKODA production model. 2020 Skoda Superb India will have it very likely in the L&K version. The SUPERB’s optional full LED tail lights now incorporate dynamic indicators too. New assistance systems such as Predictive Cruise Control and Side Assist – which works at a distance of up to 70 m away – increase the SUPERB family’s high level of safety even further. Emergency Assist for multi-lane roads (available from mid-2020) and Front Assist with Predictive Pedestrian Protection are also both new.

For the ŠKODA SUPERB, three modern diesels and three petrol engines provide power outputs ranging from 88 KW (120 PS) to 200 kW (272 PS). The 2.0 TDI outputting 110 kW (150 PS) – ŠKODA’s first diesel from the new EVO generation of Volkswagen Group’s engines – is a completely new development. There is a total of ten different engine/drive combinations to choose from; a 7-speed DSG is available either as standard or as an option, depending on the engine and trim level. The most powerful diesel can be equipped with all-wheel drive if desired, whilst for the range-topping petrol engine it comes as standard. India model will get a 2.0 litre petrol motor with a DSG gearbox making around 200 PS of power.

The typical ŠKODA grille of the revised SUPERB is larger and protrudes a little further down into the new front apron. The narrower headlights now reach the grille and come with LED technology as standard for the dipped and high beam, daytime running lights and position light. The shape of the LED fog lights has been redesigned. At the rear, a chrome trim connecting the full LED lights is particularly eye-catching and the ‘ŠKODA’ block lettering shapes the overall appearance. As part of the optional ambient lighting, LED spotlights project

‘ŠKODA’ onto the ground when the doors are opened. Completing the update in terms of visuals, new 18- and 19-inch alloy wheels and the colours Crystal Black and Race Blue have been added to the range of customisation options. Alongside the new SUPERB SCOUT, the Czech car manufacturer will continue
to offer the SUPERB as a SPORTLINE; the SUPERB L&K with its exquisite interior remains the top version. 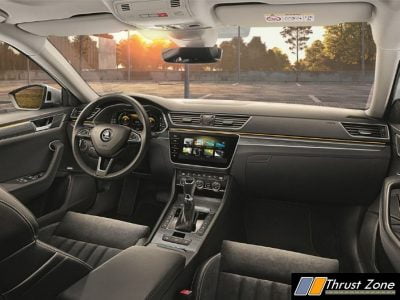 Chrome and contrasting stitching in the interior

In its interior, the SUPERB features chrome highlights, illuminated storage compartments in the doors, new seat covers and coloured contrasting stitching. Using the optional keyless vehicle entry system (KESSY), any one of the car’s four doors can be opened first; the KESSY GO start button comes as standard for the first time. The SUPERB SCOUT boasts special wood-effect decorative strips and seat covers made of a SCOUT-specific fabric.

For all variants of the SUPERB there is an optional Virtual Cockpit and a choice of three different infotainment systems with 8-inch and 9.2-inch displays. Two of these systems offer a navigation function, which can be operated by gesture and voice control in the top-of-the-range Columbus. In addition, three new Simply Clever solutions are put to use in the new SUPERB, bringing the total of these useful details to 31 in the SUPERB COMBI.

One million mark reached in third generation
Following in the footsteps of the original SUPERB, which was produced between 1934 and 1949, the era of the modern-day SUPERB began in 2001 and continued in 2008 with its second generation. ŠKODA then also offered the SUPERB as an estate version for the first time. The third generation made its debut in 2015;
ŠKODA hit the mark of one million SUPERBs produced worldwide in April 2017.

We spied it for the first time here in India, the 2020 Skoda Superb India specific version.