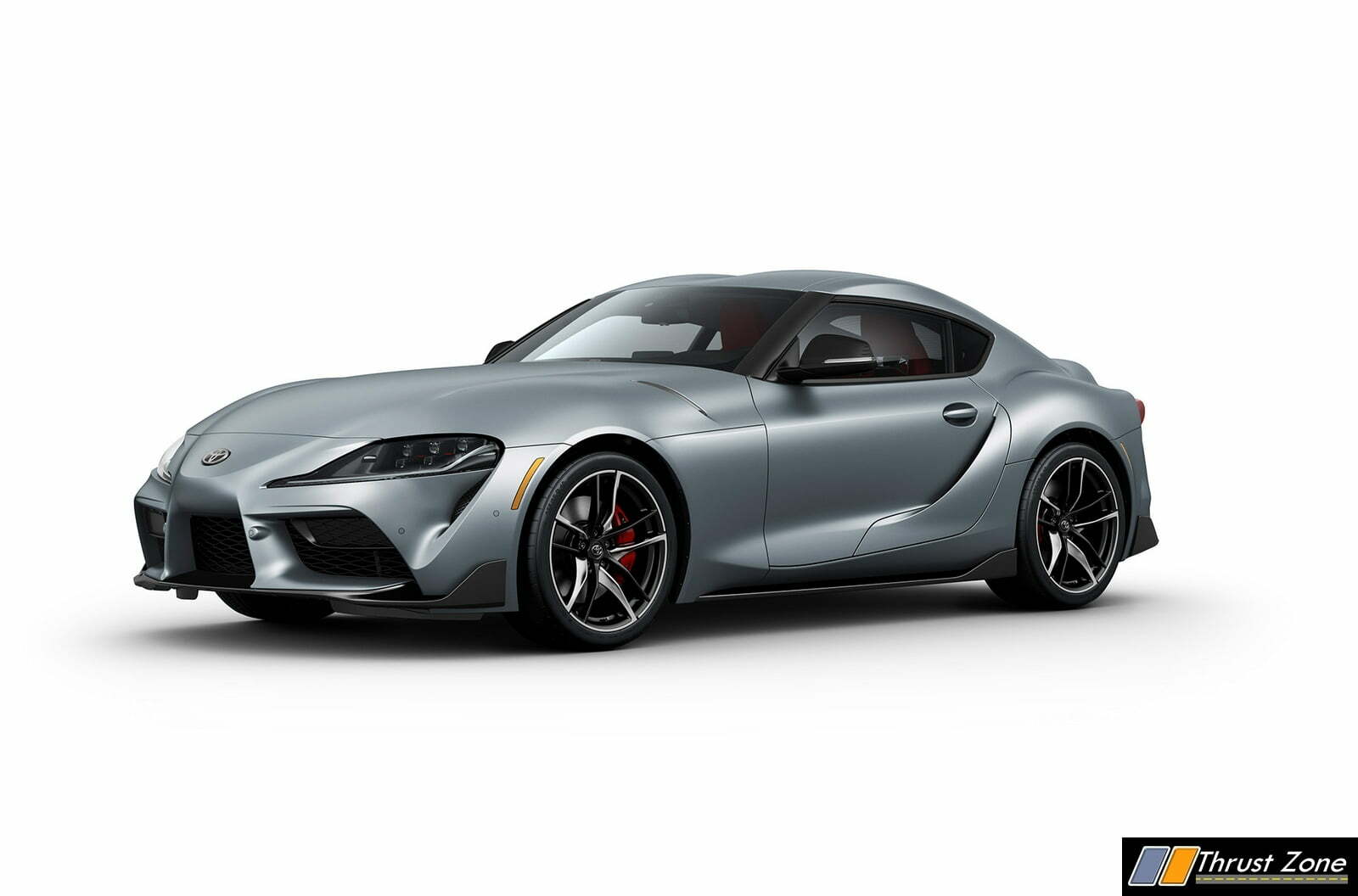 2020 Toyota Supra is built in conjunction with BMW, who also used the same platform to spawn the new Z4

The all-new fifth-generation Supra marks the end of a 17-year hiatus since the conclusion of production of the previous generation in 2002. Ever since the Supra’s inception in 1978*4, all generations have been front-engine, rear-wheel-drive vehicles powered by an inline six-cylinder engine. The latest rendition is no exception. This time around, extensive attention has also been paid to the three fundamental elements of wheelbase, tread, and center of gravity, thus achieving handling performance befitting a pure sports car.

Packaging in pursuit of the fundamental origins of a pure sports car To achieve excellent handling and a stable cornering stance, the three elements of wheelbase, tread, and center of gravity were positioned as the most important factors in pursuing the ideal conception of a pure sports car. Being straightforward about the model being a two-seater, at 2,470 mm, its wheelbase is 100 mm shorter than that of the 86.

The relatively short wheelbase results in a wheelbase-to-tread ratio of 1.55, one of the smallest ratios among mass-production sports cars, contributing to excellent turning performance. All-out efforts were made to lower the center of gravity, resulting in a lower center of gravity than in the 86, which features a horizontally opposed engine.
An ideal 50/50 distribution in front/rear weight balance, which is one of the crucial elements in determining cornering performance, was achieved. Styling that fully leverages sports car packaging and layout characteristics. 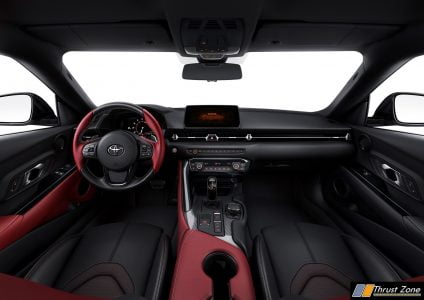 Side-view packaging that emphasizes the presence of the wheels and tires, thanks to a short wheelbase and large-diameter wheels A two-seater-appropriate, close-fitting cabin and a super-wide stance born of a wide tread The long-nose, short-cabin silhouette of an inline-6, front-engine, rear-wheel-drive sports car Interior highlights. The space of a quintessential front-engine, rear-wheel-drive sports car created by a vertically slim instrument panel and a high, wide console. A driver’s seat-oriented, close-fitting, new-generation cockpit layout resulting from a shift-by-wire gearshift, an 8.8-inch TFT gauge display, and a large, full-color head-up display By fully leveraging the sports car packaging and layout characteristics described above, efforts were made to achieve sports styling suitable for the first global model of the GR series.

The styling inherits the traditional features of Toyota sports cars, such as a “double bubble” roof, which contributes to reduced air friction (found in the Toyota 2000GT), and an approach for creating a condensed body design by positioning vehicle exterior lamps more inward from the sides of the vehicle to make the fenders appear more voluminous (found in the Toyota 2000GT and fourth-generation Supra). A high-rigidity body for a higher state of driving performance. With a skeletal structure that employs both aluminum and steel, and by pursuing ways to increase bonding strength among materials of differing composition, body rigidity up to 2.5 times higher than that of the 86 was achieved. Rigidity is even higher than that of the Lexus LFA, which features a cabin constructed of carbon fiber-reinforced plastics. 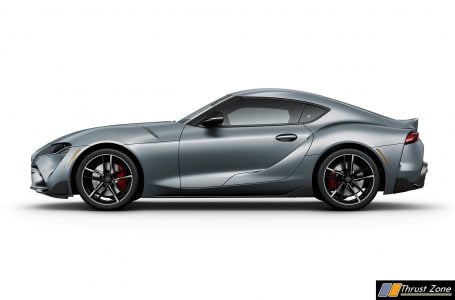 An inline-6 turbo that carries on tradition and an inline-4 turbo to easily enjoy sporty driving. The tradition of an inline, six-cylinder engine found in successive generations of the Supra is carried on in the form of a 6.3-liter, inline-6, twin-scroll turbocharged engine*6. Maximum torque of 500 N･m is produced at a low engine revolution of 1,600 rpm, allowing exhilaration from acceleration that perfectly matches expectations in line with accelerator-pedal operation. Available*7 are two differently tuned 2.0-liter, inline-4, twin-scroll turbocharged engines. One, with a high-performance maximum output of 190 kW (258 PS), is ideal for light, sporty driving, while the other, which musters 145 kW (197 PS), allows for a brisk driving sensation from in-town to highway. 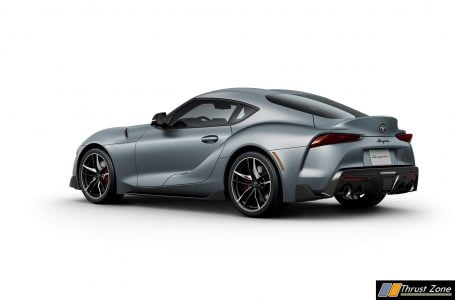 A newly designed suspension (front: double-joint spring strut; rear: multi-link) is characterized by reduced unsprung weight, high-rigidity assembly, and minute movability.
Certain grades feature the Adaptive Variable Suspension system*7, which provides a high level of both drivability and riding comfort by optimally controlling such elements as the selected driving mode and the damping force of each wheel’s shock absorber depending on the conditions of the road surface.
An active differential for heightened turning performance and stability 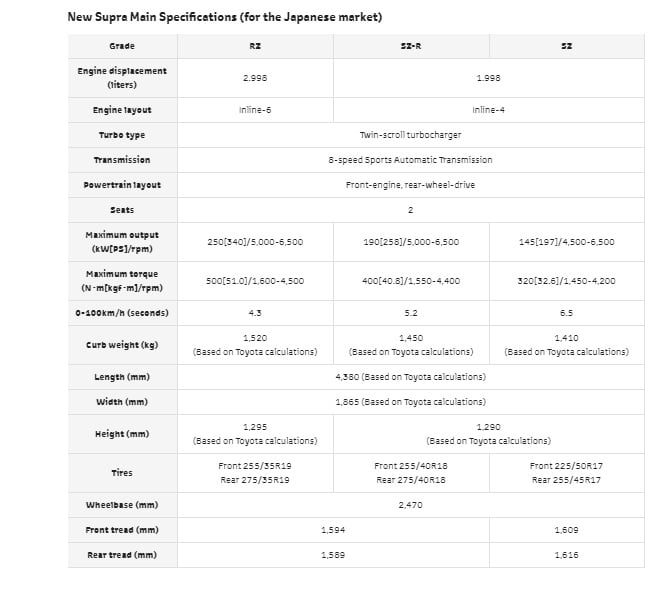 With importance placed on the environments in which customers drive in the real world, proving runs were thoroughly and repeatedly conducted on regular roads during various stages of development. Such runs naturally included racing-speed drives at Nürburgring. But numerous tests were also held on a wide range of roads throughout the world, such as country roads in Europe, the Autobahn in Germany, snow-covered and ice-covered roads in Northern Europe, highways in the United States, and winding roads in Japan. The result is tuning aimed at enabling drivers to experience the joy of driving the new Supra even in everyday situations.