Bajaj Auto has grown leaps and bounds in the last decade and its strong presence in domestic as well as overseas markets is a testimony of its further growing popularity. An important reason behind the success of Bajaj in the international arena is its collaboration with world-renowned brands such as Triumph, Husqvarna, and KTM. However, in the success and popularity that Bajaj enjoys today among the masses, the Pulsar has specifically played an important role. In fact, it won’t be an exaggeration to say that Pulsar has made Bajaj a household name in our country.

To celebrate and acknowledge this, the latest TV commercial of Bajaj pays an ode to the exceptional capabilities of the Pulsar. In the advertisement, bikers can be seen performing stunts on various models of Pulsar in different exotic locations around the world. Riders can be seen performing stoppies and rolling stoppies in Pyramids of Giza, and Christ the Redeemer. A snapshot of Buland Darwaza in Delhi can also be seen in the background as the advertisement shows a mix of Pulsar 150, NS160, 180F, NS200, and RS200 performing jaw-dropping stunts in their full glory. 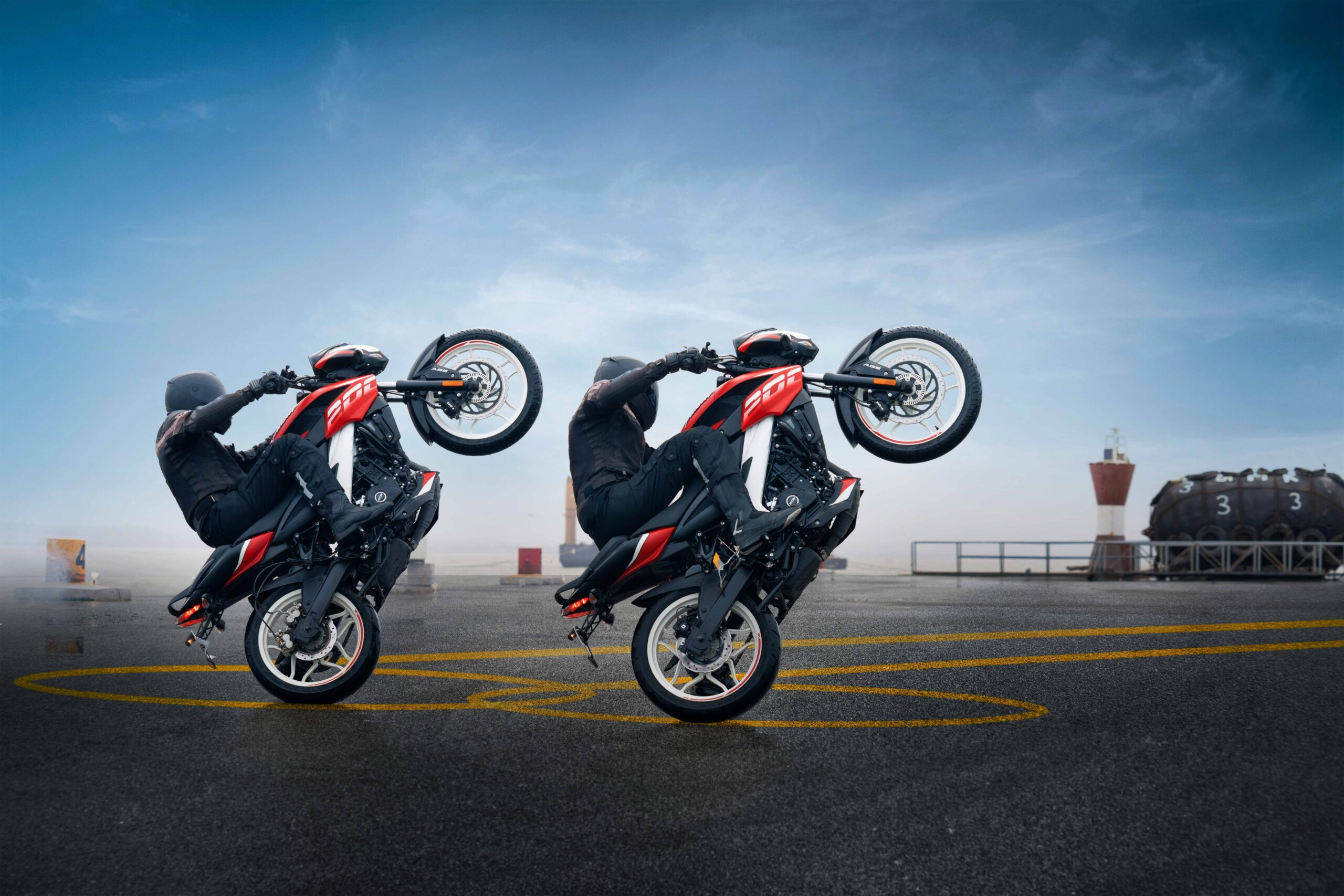 The current model lineup of Bajaj Pulsar starts with Pulsar 125 Neon and tops with Pulsar 220F. In 2021, the company will be introducing two new bikes in the Pulsar range – Pulsar 180 Naked and Pulsar RS400.

Pulsar 180 Naked version will use a BS6 complaint 178.6cc engine with an output of 16.6bhp and 14.52Nm. The bike will use a 5-speed gearbox and share mechanicals with Pulsar 180F. In the latter half of the year, Bajaj will launch its top-of-line Pulsar RS400. This flagship offering will come with a 373.2cc engine that also powers the Bajaj Dominar 400 and KTM 390 series. The engine is capable of putting out 41bhp and 34.5Nm and will be mated to a six-speed gearbox.