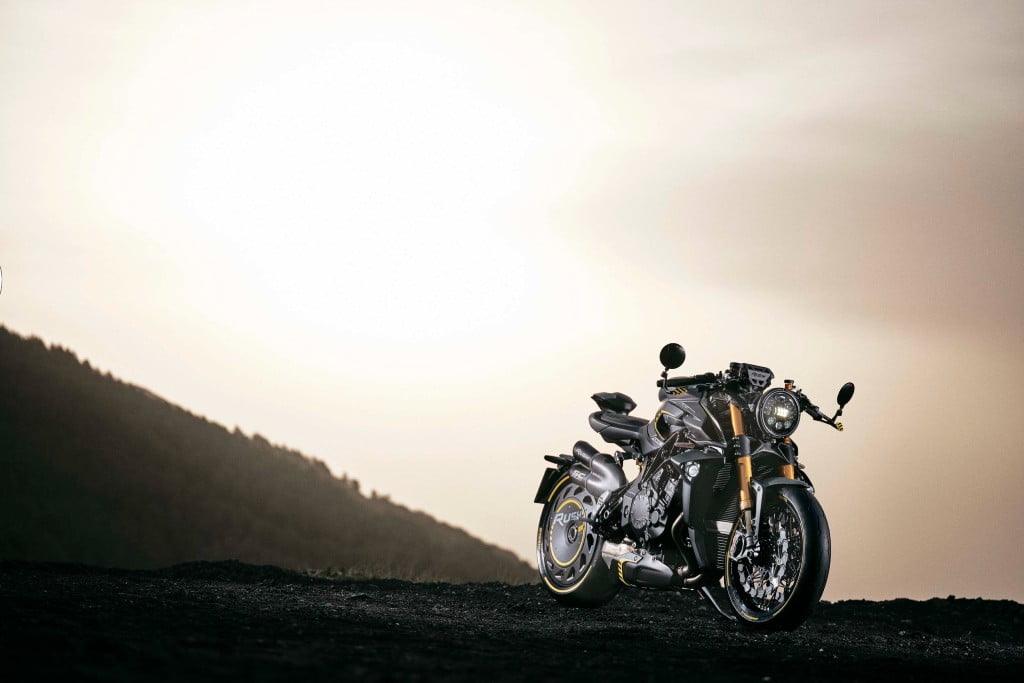 Italian bike maker, MV Agusta has pulled the wraps off the 2021 Rush 1000 limited edition hyper-naked motorcycle. The updated version for MY2021 looks as delectable as MV bikes come and will make you go weak in the knees. The 2021 MV Agusta Rush 1000 now meets Euro5 emission regulations for the new year while boasting a few upgrades in the process. Only 300 units of these will come to the market in the new military “inspired” livery that’s supposed to mimic a jet fighter.

The 2021 MV Agusta Rush 1000 is based on the Brutale 1000RR in the bike maker’s line-up. The design is distinct with the muscular fuel tank, integrated taillight, and the round LED headlamp, all of which gives a good mix of the neo-retro style. The seat gets covered in suede leather, while the riding position itself is aggressive with clip-on bars in place. The seat height is tall at 845mm with rear-set footpegs. 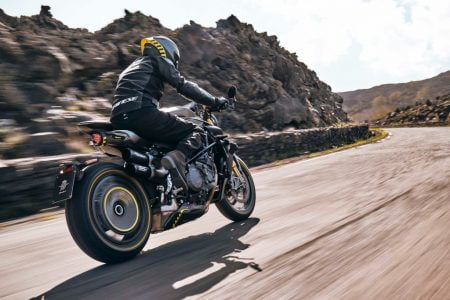 Moving all that metal is the 998cc in-line four-cylinder engine from the Brutale. The litre-class mill produces 205PS at 13,000RPM and 116Nm of peak torque at 11,000RPM on the Rush 1000. The engine now gets Diamond-Like Carbon (DLC) coating on the valve buckets and lower friction primary drive gearing to reduce friction and increase efficiency. There’s also a Race Kit that boosts the power output further to 212PS and comes with upgrades like an SC-Project exhaust, racing engine map, new front brake discs, and a number of new carbon parts.

Suspension duties are handled by Ohlins with full adjustability at the front and rear. The bike gets top-spec Brembo Stylema brakes that are really the best in the business with steel braided lines. While riding on special alloy wheels with Pirelli Diablo Supercorsa tyres. There’s the whole bucket of electronic aids brought with the six-axis IMU, traction control, wheelie control, cornering ABS and more. There’s also the updated 6-speed transmission and a revised quickshifter with a new shift sensor that offers more precise gear changes.