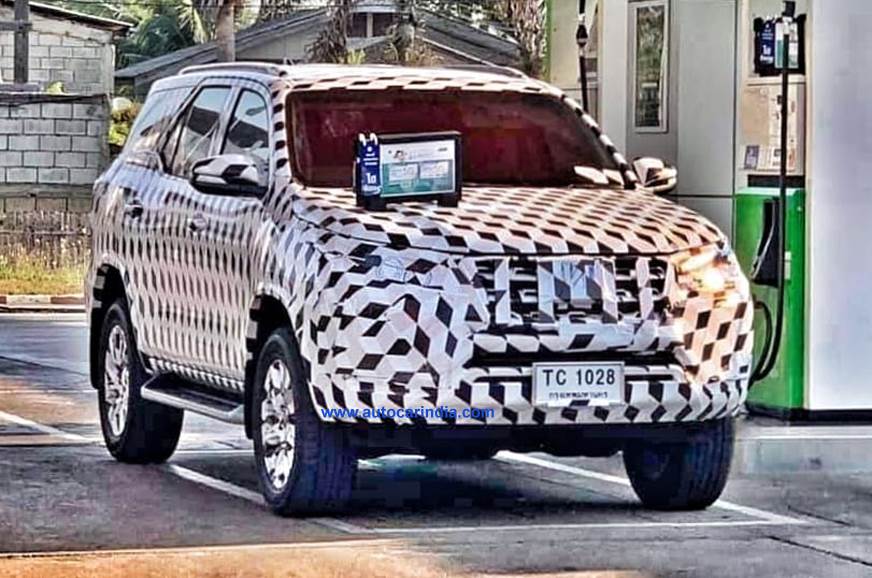 Toyota Fortuner enjoys massive success across the globe. The current generation of the SUV made its debut in 2015 and the company is now working on its mid-life update. The test mule of the updated Fortuner has recently been spotted in Thailand, giving away a lot of crucial insights about the styling changes on the upcoming New Toyota Fortuner Facelift.

New Toyota Fortuner Facelift was heavily camouflaged although the spy shots were good enough to reveal some important designing tweaks that have been incorporated in the new model. The front fascia of the SUV has been restyled to match the looks of the latest generation of RAV4 SUV. The grille has been designed along the same lines although the fog lamp inserts on the SUV follow the styling pattern seen on the Fortuner TRD Sportivo.

We also expect to witness some changes in the inserts on headlamps and tail lamps although is Toyota is unlikely to tinker with the overall shape of these light assemblies. Alloy wheels will get a new design and some modifications are expected in the body cladding that runs all-around the SUV. The information on the changes in the interior of SUV is scant although it is expected that new Fortuner will receive an updated infotainment system, more features, and an upgraded ambience to lure the ever-demanding customers.

On the engine front, New Toyota Fortuner Facelift is likely to share the set of new BS6 engines that Innova has received recently. This means you will get a 2.7-liter petrol engine and a 2.8-liter diesel motor on the new Fortuner in India. However, Toyota has a range of petrol engines (a 2.7-liter and 4.0-liter) and diesel engines (a 2.4-liter, a 2.8-liter, and 3.0-liter) offerings as far as the global market is concerned. 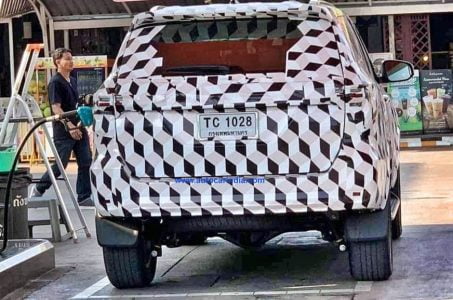 New Toyota Fortuner Facelift is expected to get India launch later this year or early 2021. Toyota will first introduce this new version in ASEAN countries and then bring it to our shores. The prices are expected to be on the higher side compared to the current versions and once launched, the new Fortuner will take on the likes of Ford Endeavour, Volkswagen Tiguan, Skoda Kodiaq, Isuzu MU-X, and Honda CR-V among others.