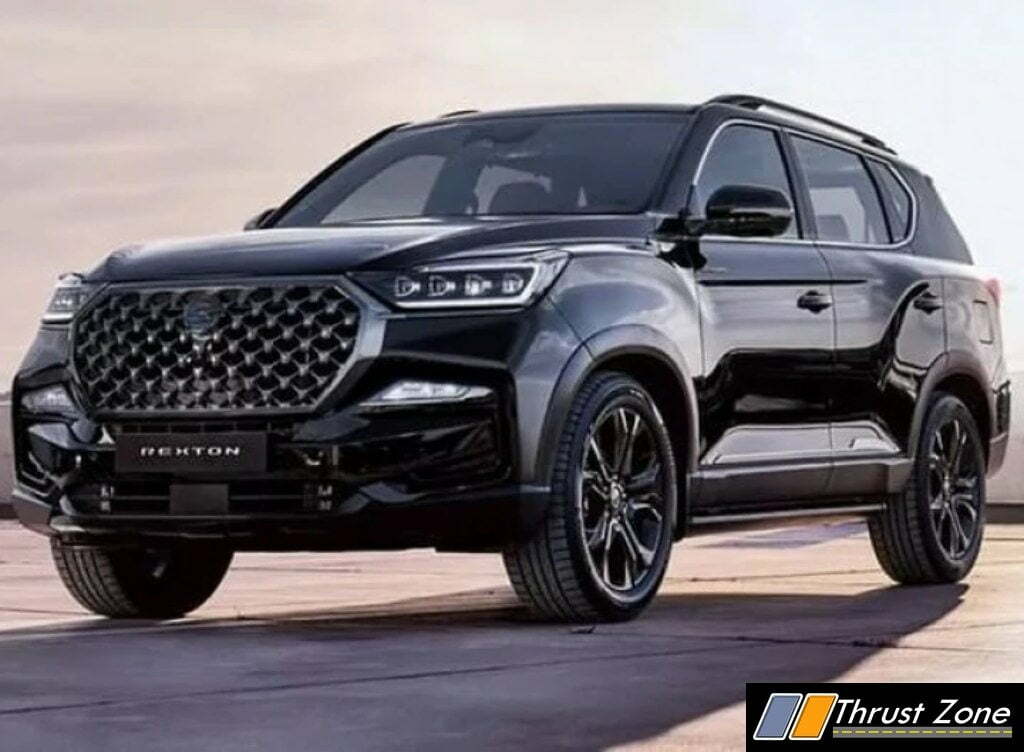 The current-generation SsangYong Rexton arrived in 2017 and even with the facelift it received globally in 2019, the full-size offering kind of looked boring. No, generic is the word we’d like to use! However, that won’t be the case anymore once the 2021 Rexton facelift hits the markets next year. The 2021 SsangYong Rexton facelift is scheduled for a global debut early next month and ahead of the same, images of the all-new version have been leaked online. The pictures reveal a completely new front design for the SUV that gives it a more premium and upmarket look than the outgoing model.

Cosmetic changes are aplenty on the 2021 SsangYong Rexton facelift that includes a bold new grille with a larger mesh pattern, sleeker LED headlamps and a new bumper to bring a brand new look to the car. The SUV does retain its silhouette from the side, save for the all-new alloy wheels, and changes to the rear include new LED taillights with the new reflector pattern and a revised bumper with chrome garnish. 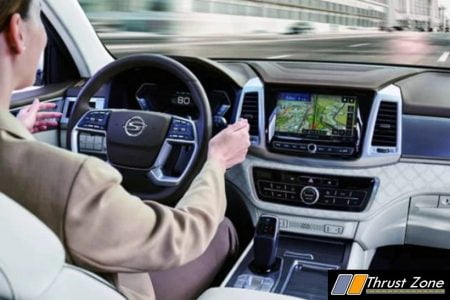 Inside, the Rexton facelift will get a new four-spoke steering wheel, new digital instrument console and a touchscreen infotainment system as well. The SUV will also get a new gear shifter that looks like its been from taken a BMW car. Other changes are subtle with the cabin getting new colours for the plastics while the overall quality is also expected to improve with the new version. A big update will be the addition of Level-1 Autonomous Driving technology that recently debuted on the MG Gloster in the segment. The tech brings a host of electronic aids including lane-keeping assist, parking assist, autonomous braking, adaptive cruise control and more. The features will also trickle down to other Mahindra Group cars like the new-generation XUV500 that’s currently under development. 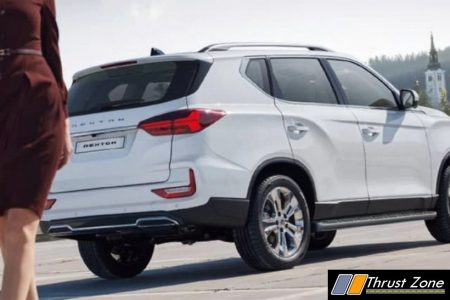 The 2021 SsangYong Rexton facelift will use the same 2.2-litre turbo diesel engine with 181PS and 420Nm along with the 2.0-litre turbo petrol that develops 224PS and 350Nm. Both engines are mated to a 7-speed automatic gearbox from Mercedes-Benz. Power is sent to either the rear wheels or all wheels depending on the drivetrain.

In case you were wondering, the 2021 SsangYong Rexton facelift is sold in India as the Mahindra Alturas G4. So, there’s a good chance that this facelift will replace the current model in India as early as next year. It will also depend on where the Mahindra-SsangYong venture heads in the months to come and how much of it will affect future products. That said, the current Alturas G4 on sale is quite a good package too and is currently offered with discounts up to Rs. 3 lakh.