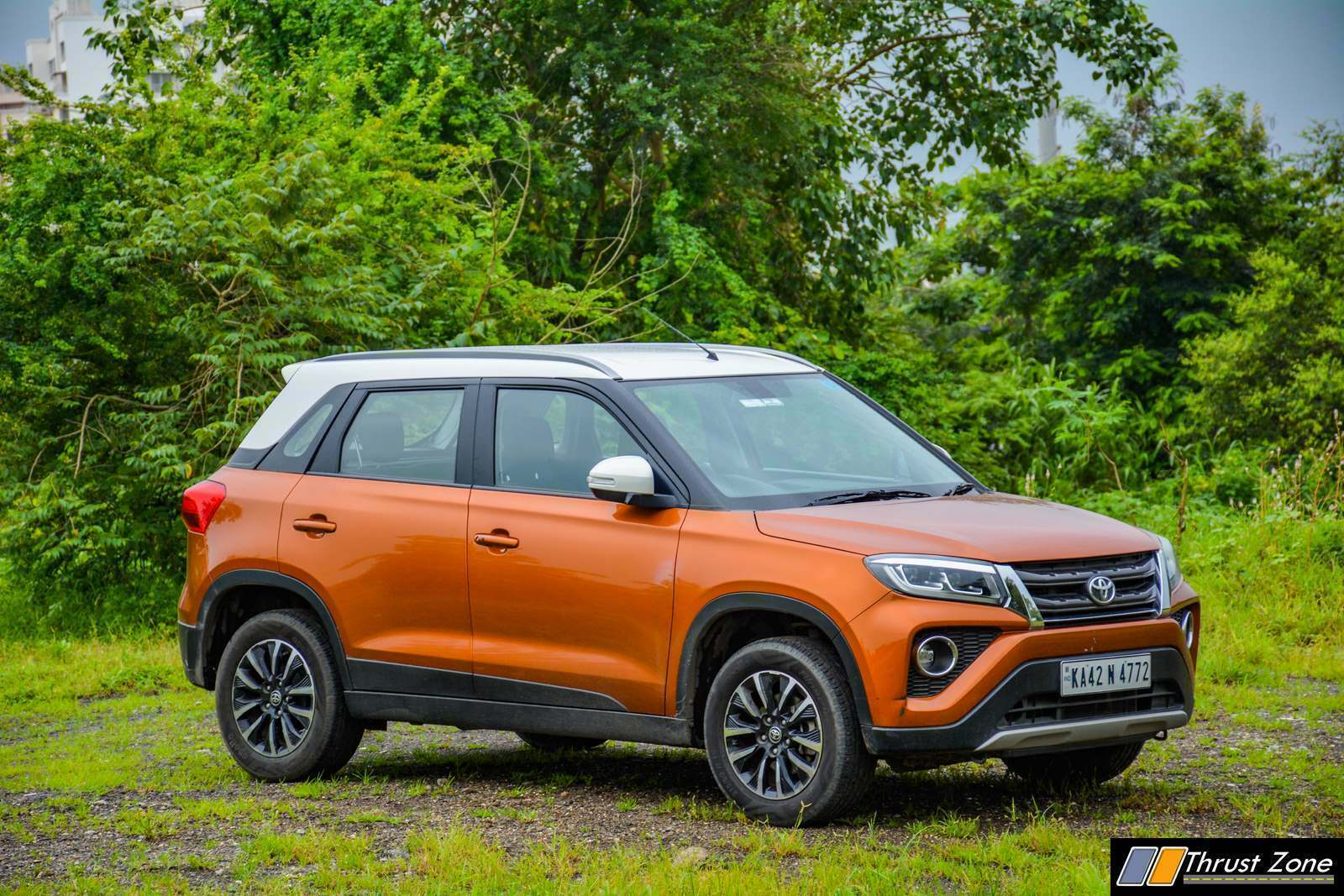 The Toyota Urban Cruiser. The SUV from the manufacturer that aims to take on the likes of heavyweight champion, the Hyundai Venue, and Kia Sonet is finally here with us. Toyota has an aggressive strategy ahead and bringing out new Maruti rebadged models to make sure they stand out and grab sales numbers. This SUV is going to do so for them as it is based on the sales segment king, Brezza. Be it on the inside and outside, it has what it takes to impress a set of consumers. Like always there are core strengths and weaknesses of any product that comes from the Toyota stable. We find out what the UC offers and doesn’t to its prospective buyers. 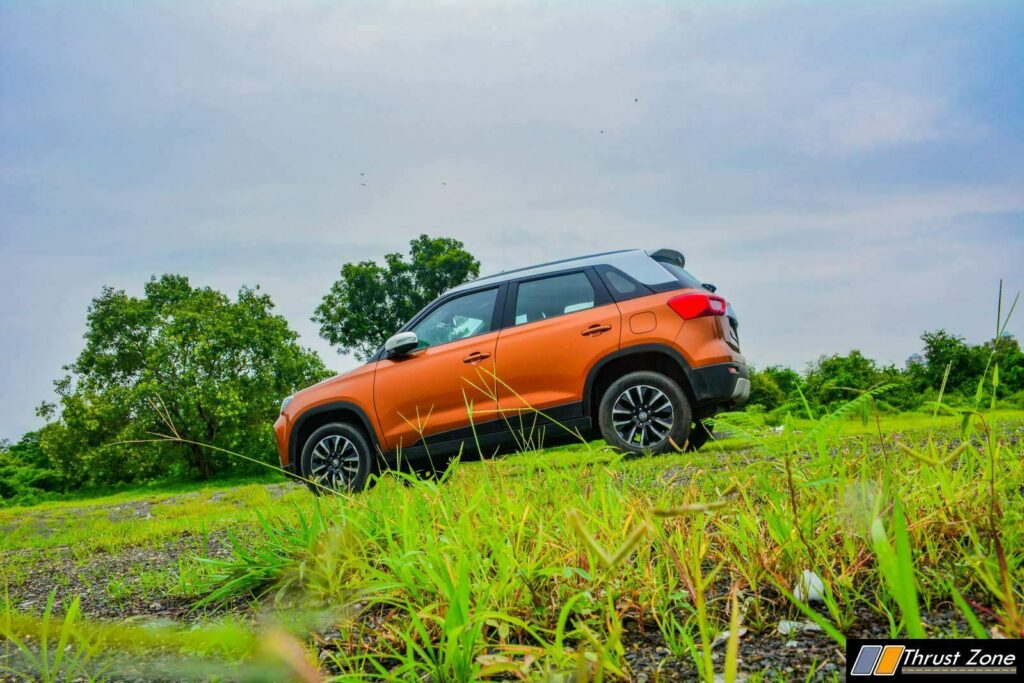 On the outside, the SUV is a sub-four meter car and it is proportionate which does make it the most SUV-type in this pseudo crossover world. The elements on the car make it stand out as a Toyota. The front grille, bumper, the rear chrome plate Urban Cruiser badging makes it different. The build quality on the outside seems and sounds good but as we know, as Brezza has a four-star rating. The diamond 16-inch wheels and the LED head and tail lamps make it look good just like Brezza’s facelift. 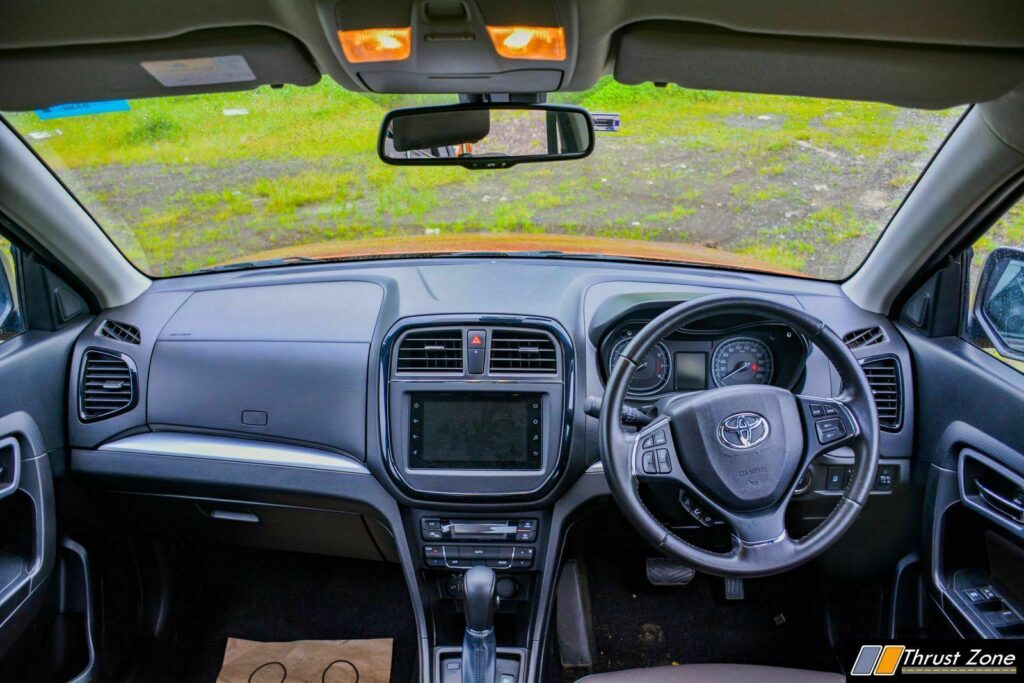 On the inside, the build and quality are good, not great. The stowage is good, charging points are in plenty and overall a very practical cabin. The feature list, we have explained time and again in our launch reports. You get every feature possible in the top variants of the SUV apart from a sunroof, connectivity features, and other new age bits, while the rest of the variants are decently specced. Lack of rear a/c vents is something UC could use, but A/C works quite well from the front. Automatic lights and wipers to reversing cameras and projector lamps, Android Auto, and Apple Car play are here in the UC. The sound system is good too considering the premium price tag. 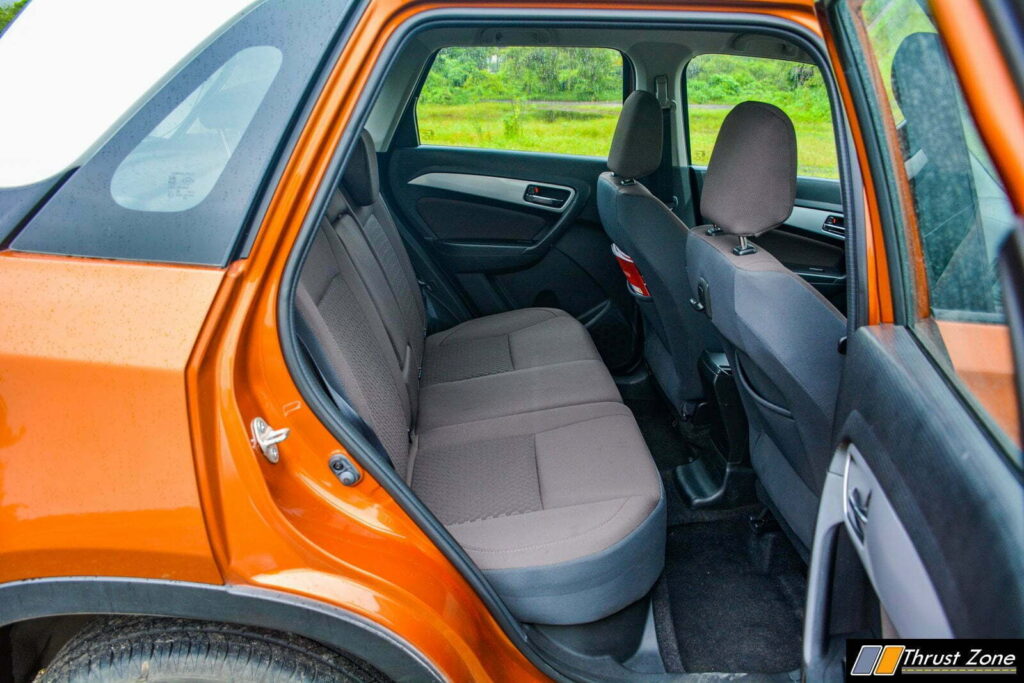 Space is quite good too. The shoulder, head, leg, and knee rooms are segment standard and better as always than the Korean rivals. The boot space is good by segment standards. Road and wind noise inside the cabin is also well controlled, but road noise can get intrusive and wind noise also does, but after 140 km/hr. The safety kit includes ABS and EBD with two airbags that come as standard and four-star Global NCAP rating of the Brezza makes it a safe car. 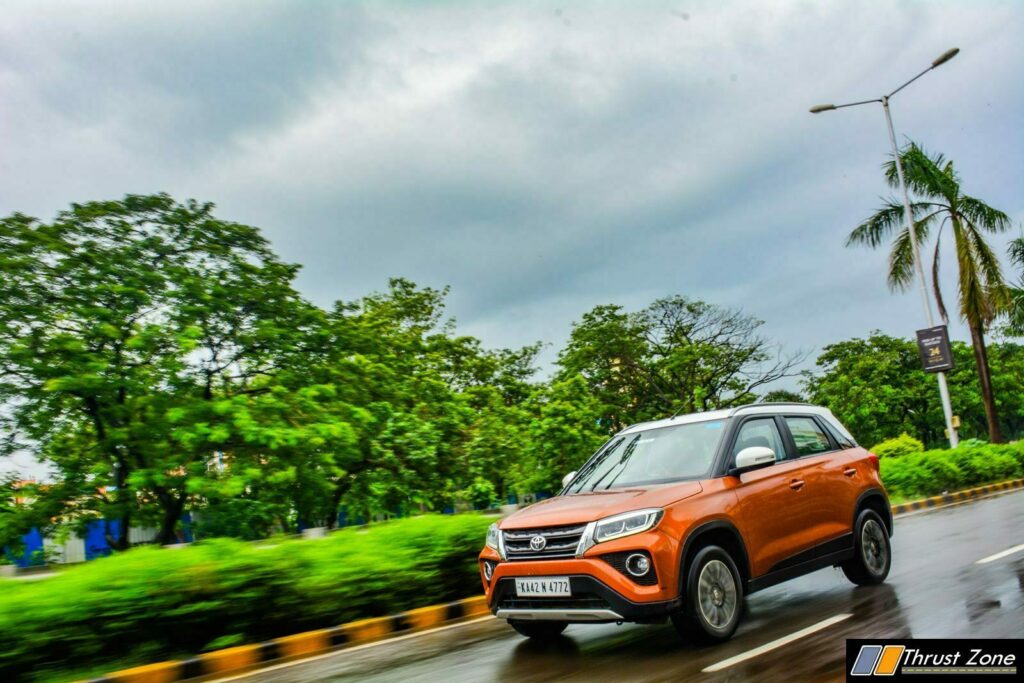 The only option is a petrol 1.5 litre engine making 105 PS and 140 Nm of torque is a free-revving and low on NVH unit. Be it in any part of the rev range. Be it automatic or manual either it is easy to drive. Also, the clutch is light and so is the gearbox to operate. Automatic is two decade-year-old 4-speed unit, which is fine for our insane traffic ridden roads but feels short-changed on very high speeds on the highway. It still delivers spectacular fuel economy on the highway and city, so I guess the engine is heavily optimized. Low and mid-range are good and the top-end is good enough as well and it cruises at legal speeds easily. This makes good enough for city and highway duties. 17 km/l on the highway and 11 km/l in the city is a good number. 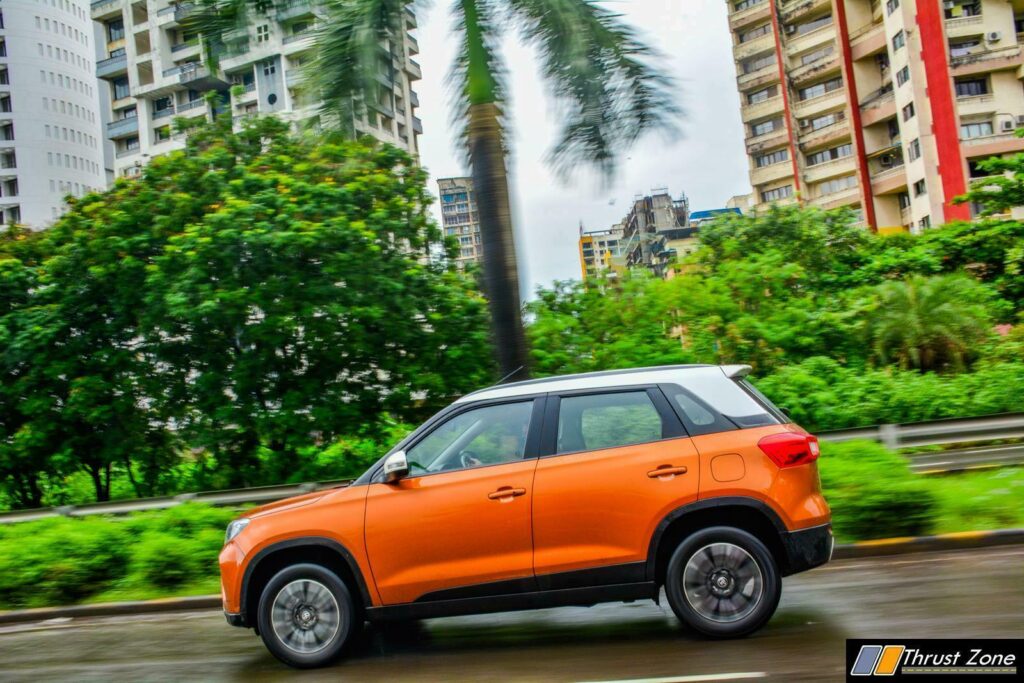 Like most Maruti cars, the low to medium ride quality is good, yet slightly stiff this time around and the same is the case with the UC. The high-speed ride can be a bit floaty. Body roll increases as speeds get higher while taking a corner or changing lanes at high speeds. Steering is light, barely precise and has almost negligible feedback on offer which makes the car not so fun or 100% confidence-inspiring to push harder. The suspension feels good at high speeds and with four passengers on board making it an able highway SUV for sane, un-demanding drivers. Brakes are good with well-done pedal bite. Overall, very easy to drive and quite fun to drive by far compared to most of its rivals. 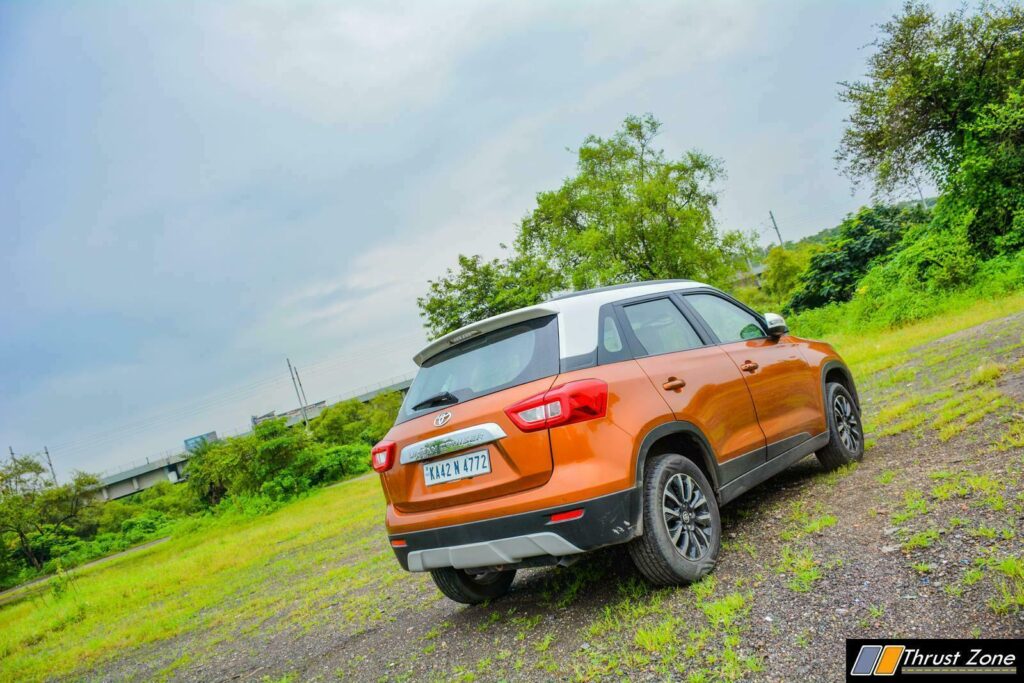 All Toyota cars are quite reliable, have warranty schemes that suit your needs, and have enough reach and quality when it comes to after-sales service. With not so cheap spare parts but cheerful service on offer, Toyota customers can expect what they always do with the UC. Toyota says that the customers are from the past either upgrading or downgrading. Urban cruiser is slightly expensive than the slightly expensive Brezza it’s based on. However, it has what it takes to honor the legendary Toyota badge.

It is almost fun to drive, safe with a high crash test rating, and should be a fuss-free affair to live with. The UC, then, is like any other Toyota and fits ts the bill just right in the Toyota range. Now we know the secret of this rebadging exercise. You cannot make out the difference once you sit inside and start driving. Well played Toyota, well played.