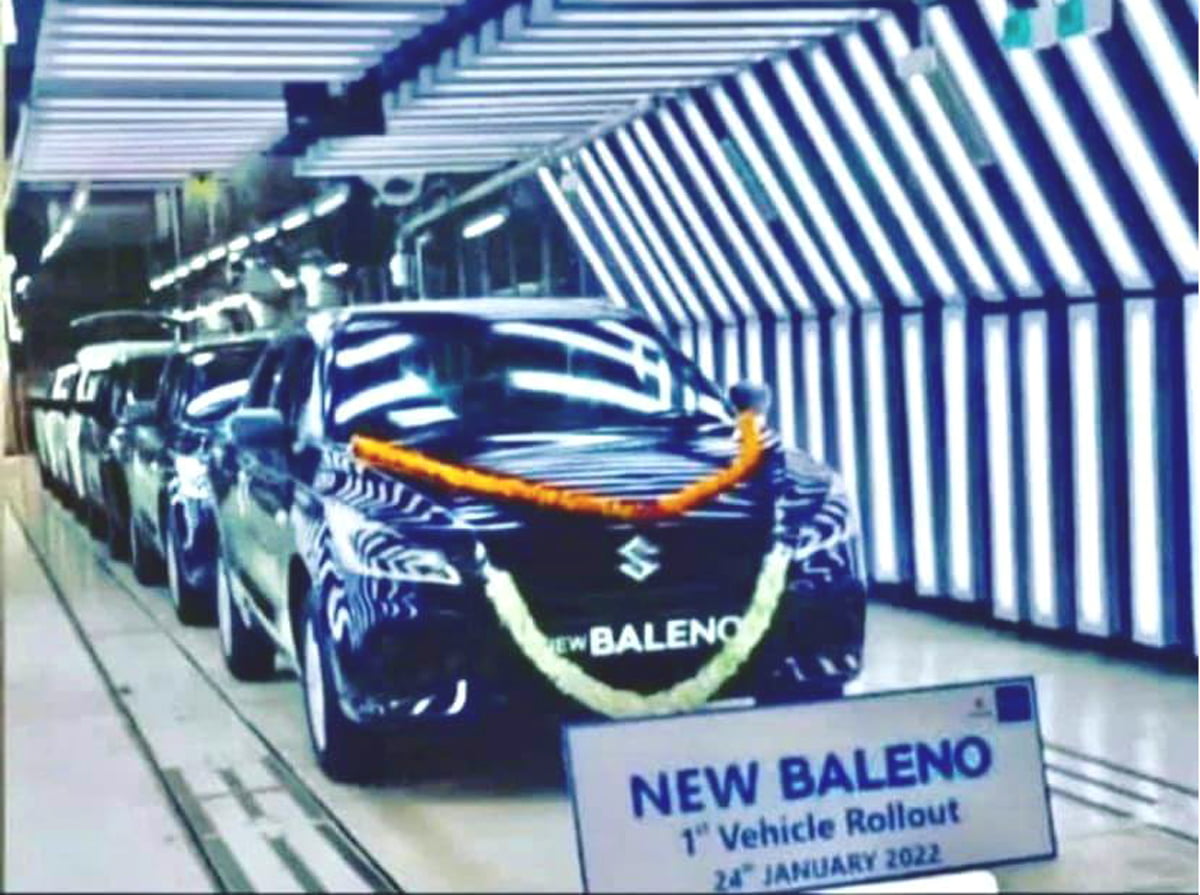 Images of the all-new Maruti Suzuki’s Baleno have surfaced on the internet earlier and today and they are from the production line. Earlier, there were shots of the Baleno surface from a TVC shoot in Mumbai.

The premium wing of Maruti Suzuki’s Nexa has reworked the front and rear end of the car giving it a fresh look to compete with its updated competitors like Hyundai i20 and Tata Altroz. Some design clues can be seen coming from the Tata Altroz.

The front fascia of the Baleno is much sleeker than the outgoing version. The entire front bumper is reworked with a larger grille and new headlamps with a usual projector setup. Towards the rear end again new reworked L-shaped tails lamps can be seen which are pretty nice looking. And from the pictures, the facelift seems to be inspired by Tata Altroz.

Prior to these freshly leaked exterior images, interior images were already seen surfacing on the internet in which an entirely reworked dashboard can be seen holding a larger mid-mounted touchscreen with Apple CarPlay and Android Auto integrated. New metal accents can be seen in a higher specced car in the central ac vents running across the passenger side vents.

The Baleno always remained a feature-rich car that included auto-dimming mirrors, keyless entry, and exit, steering mounted controls, auto climate control and more. Whereas, features like cruise control, connected car tech, the sunroof can be expected to give a competition to its already very well specced car of its class, the i20. On the safety side, the new model is going to get dual front airbags, ABS with EBD, speed alert, and reversing camera as standard.

No changes are being expected to be made to the engine and it is likely to retain its proven 1.2L petrol engine churning out 90 ps and 113nm of torque from the dual jet VVT engine that could come with the hybrid option as well. The newer model is expected to launch in February