Triumph Motorcycles ever-expanding Tiger line-up will see a new flagship soon with the arrival of the Tiger 1200. The British motorcycle dropped the first pictures of the camouflaged new-generation Tiger 1200 that is expected to make its global debut towards the end of 2021. Along with the pictures that preview a nearly production-ready Tiger 1200, Triumph Motorcycles also gives titbits on what we can expect from the new adventure tourer.

Triumph says the 2022 Tiger 1200 will be “significantly lighter than its closest competition.” The company has not disclosed the kerb weight yet but could be in the 230-250kg space. Power will come from the new 1200cc triple-cylinder engine that promises “a new dimension in class-leading agility, control and handling.” The manufacturer did say that the bike is in the final stages of testing. Triumph is likely to keep the engine capacity at the same 1215cc or closer but there will be plenty of new internal components, a lighter flywheel, and even new firing order, like it, did with the new Tiger 900. 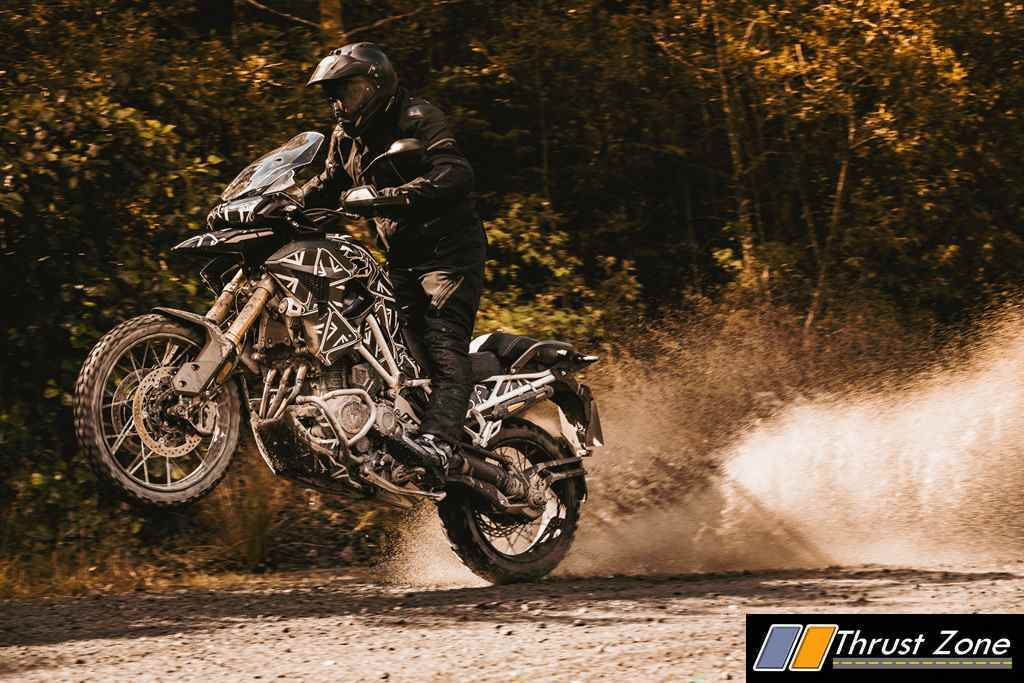 Other upgrades expected include a redesigned tubular frame and a dual-sided swingarm instead of the single-sided unit. The bike will get USD forks up front and a monoshock at the rear, both of which will be electronically adjustable. Braking performance will come from the top-of-the-line Brembo Stylema radial calipers.

Expect to see multiple variants of the 2022 Triumph Tiger 1200 with the more off-road focussed variants also being more expensive. The bike will come with spoked wheels with tubeless tyres that could be offered on the Rally variant. A road-biased variant with alloy wheels is also likely.

The 2022 Triumph Tiger 1200 will make its way to India soon after the global launch. The brand actively introduces its global range here and we expect the Tiger 1200 to arrive in the first half of next year. Expect prices to start around Rs. 18 lakh (ex-showroom). There’s also the Tiger Sport 660 that is slated for launch in 2022, which sits at the extreme end of the adventure motorcycle segment.

Bookings Re-Open For Mercedes EQC In India – To Be Sold In 50 Cities!